Ever since you’ve learned to ‘wish upon a star’, you also started believing in the power of dreams and miracles. Even as an adult when you’ve come to realize that life is not all roses, there’s still that glimmer of faith hidden somewhere deep inside you. It’s what tells you that stars aren’t just objects we happen to see in the sky, they’re proof that magic exists.

Despite the seemingly inescapable burden of a hard life and gaping loneliness, a meaningful kind of wonder can still happen to you. So the next time you feel alone, scared, or lost, just look up and let that sparkle of light fan your flames. Let the stars lead you back to that time when you dreamed the good dreams and believed that there’s greatness in you waiting to be discovered.

Here are 34 magical star quotes to brighten your day.

It is reasonable to hope that in the not too distant future we shall be competent to understand so simple a thing as a star. – Arthur Eddington

It shows you exactly how a star is formed; nothing else can be so pretty! A cluster of vapor, the cream of the milky way, a sort of celestial cheese, churned into light. -Benjamin Disraeli

It’s the kind of kiss that inspires stars to climb into the sky and light up the world. –Tahereh Mafi

Keep your eyes on the stars, and your feet on the ground. – Theodore Roosevelt 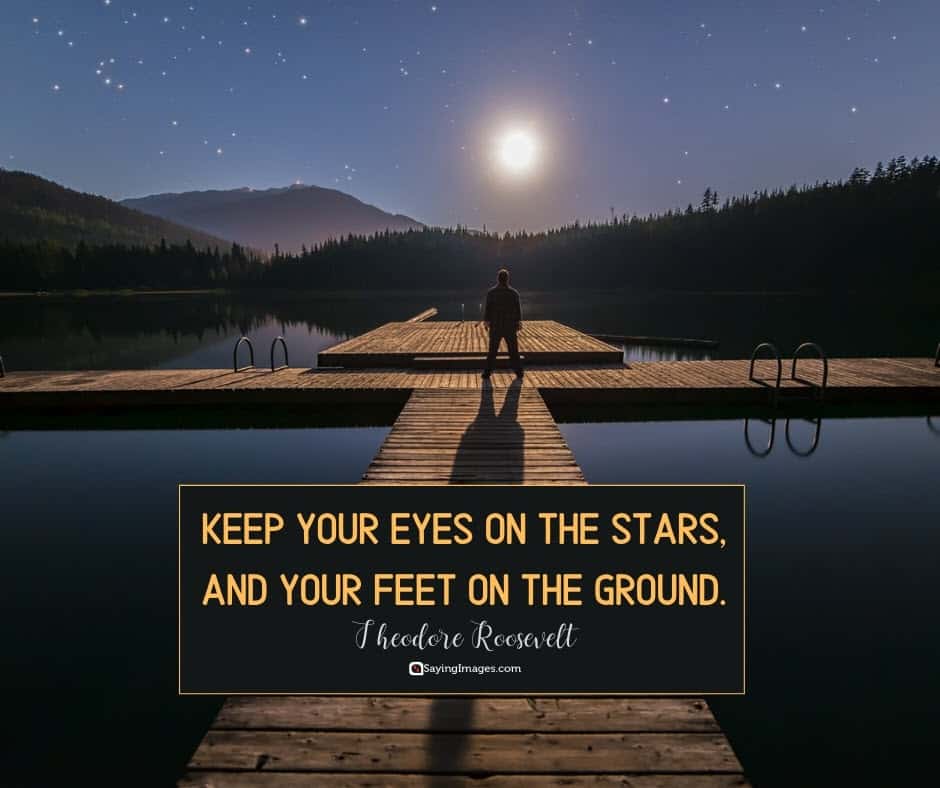 We had the sky, up there, all speckled with stars, and we used to lay on our backs and look up at them, and discuss about whether they was made, or only just happened—Jim he allowed they was made, but I allowed they happened; I judged it would have took too long to make so many. – Mark Twain

If the earth were flat from east to west, the stars would rise as soon for westerners as for orientals, which is false. Also, if the earth were flat from north to south and vice versa, the stars which were always visible to anyone would continue to be so wherever he went, which is false. But it seems flat to human sight because it is so extensive. – Ptolemy

We are all in the gutter, but some of us are looking at the stars. – Oscar Wilde 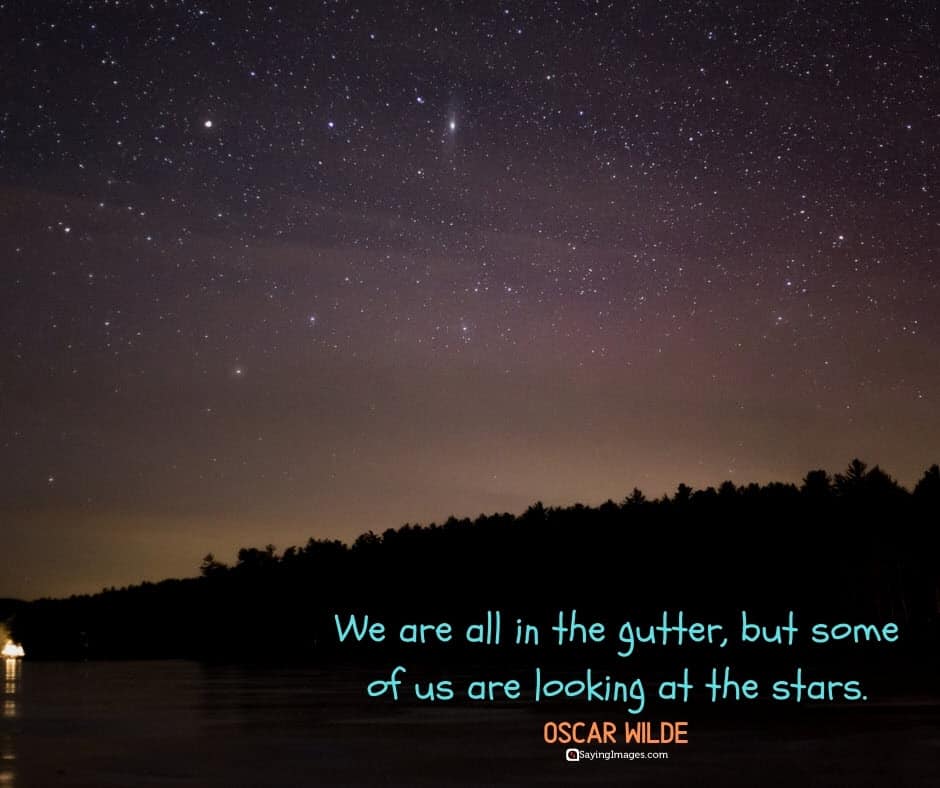 The number of fixed stars which observers have been able to see without artificial powers of sight up to this day can be counted. It is therefore decidedly a great feat to add to their number, and to set distinctly before the eyes other stars in myriads, which have never been seen before, and which surpass the old, previously known stars in number more than ten times. – Galileo Galilei

It is not in the stars to hold our destiny but in ourselves. – William Shakespeare

Look up at the stars and not down at your feet. Try to make sense of what you see, and wonder about what makes the universe exist. Be curious. – Stephen Hawking 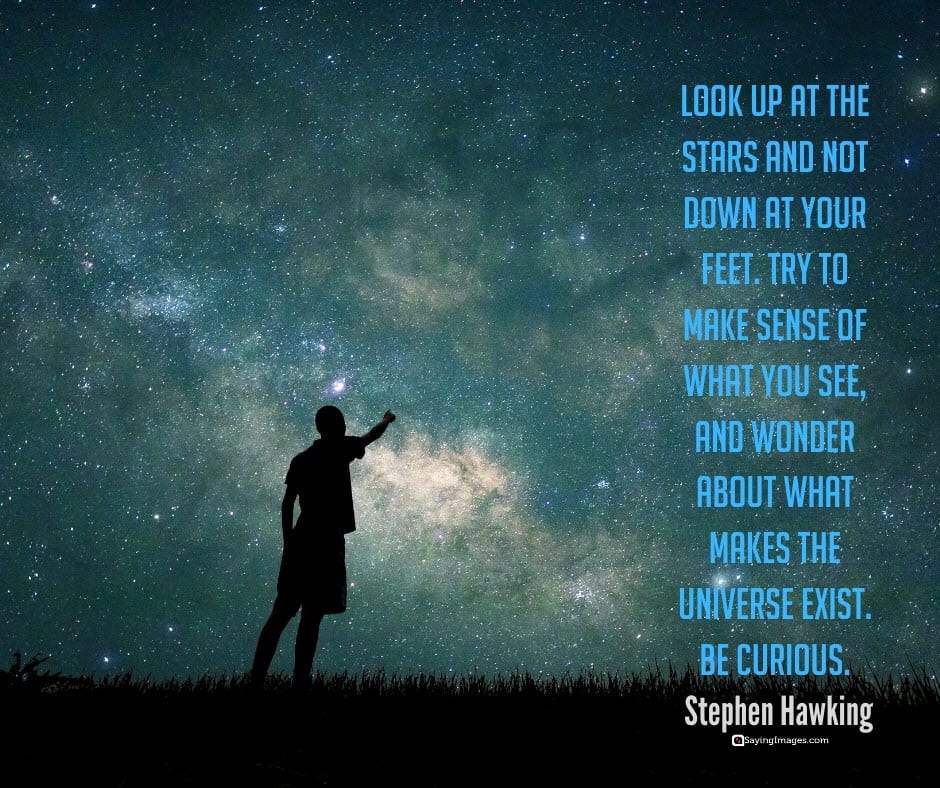 The stars are the apexes of what wonderful triangles! What distant and different beings in the various mansions of the universe are contemplating the same one at the same moment! – Henry David Thoreau

We are bits of stellar matter that got cold by accident, bits of a star gone wrong. – Arthur Eddington

A sky as pure as water bathed the stars and brought them out. – Antoine de Saint-Exupéry 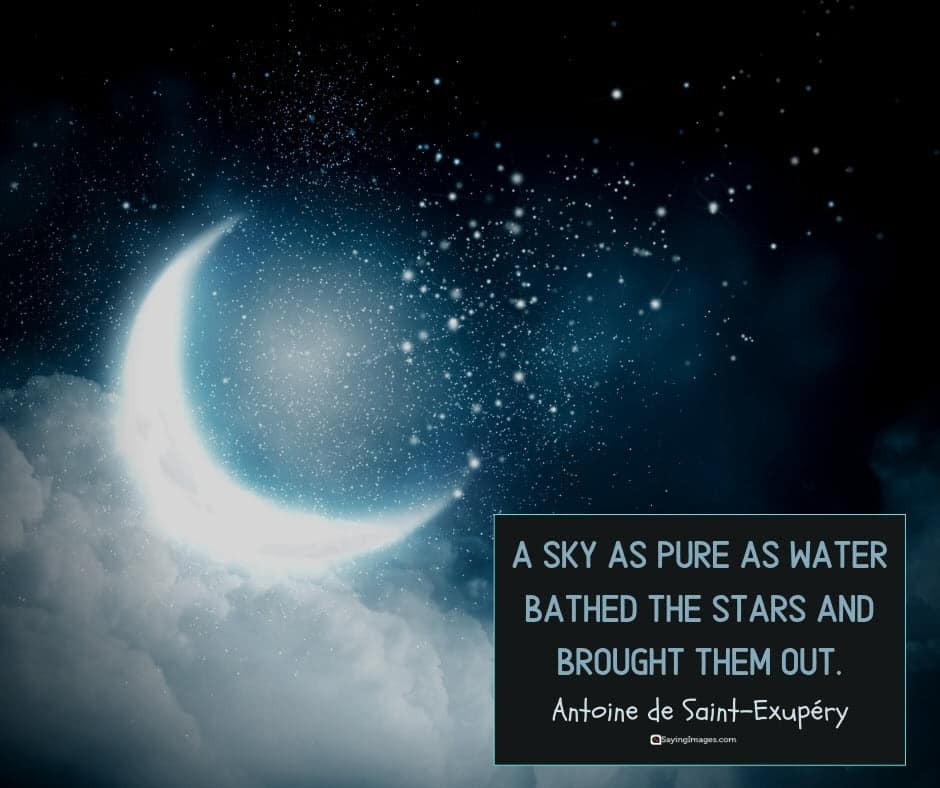 The stars are the land-marks of the universe. – John Frederick William Herschel

Second star to the right, and straight on till morning. – Peter Pan

For my part I know nothing with any certainty, but the sight of the stars makes me dream. – Vincent Van Gogh 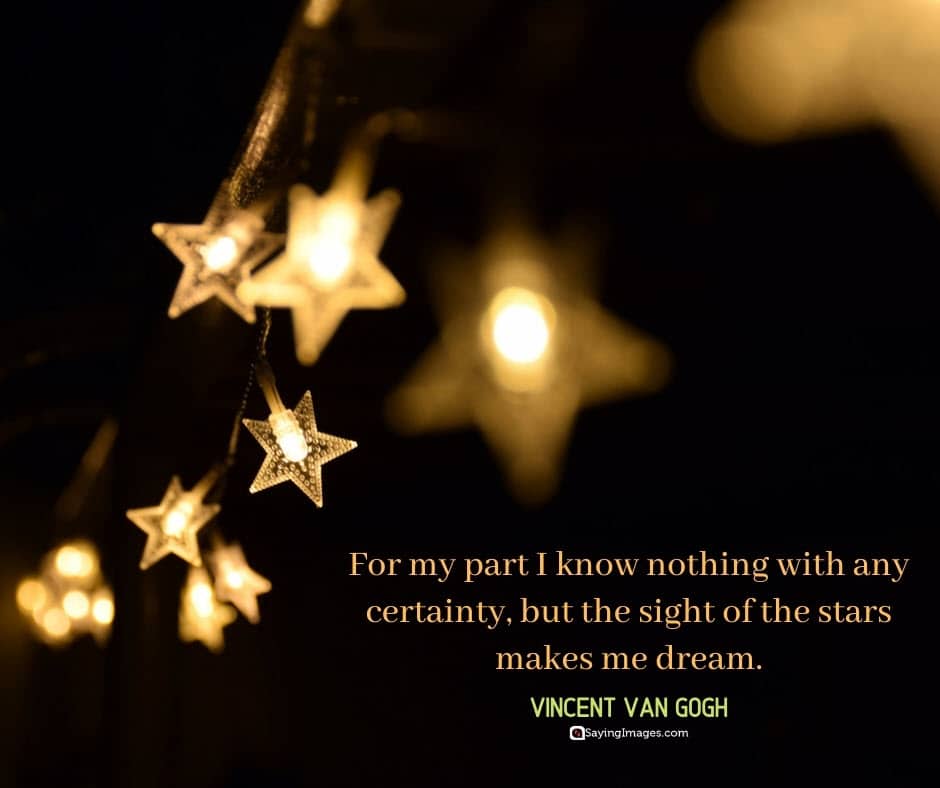 The glitter in the sky looks as if I could scoop it all up in my hands and let the stars swirl and touch one another but they are so distant so very far apart that they cannot feel the warmth of each other even though they are made of burning. – Beth Revis

When you reach for the stars, you are reaching for the farthest thing out there. When you reach deep into yourself, it is the same thing, but in the opposite direction. If you reach in both directions, you will have spanned the universe. – Vera Nazarian

Not just beautiful, though–the stars are like the trees in the forest, alive and breathing. And they’re watching me. – Haruki Murakami 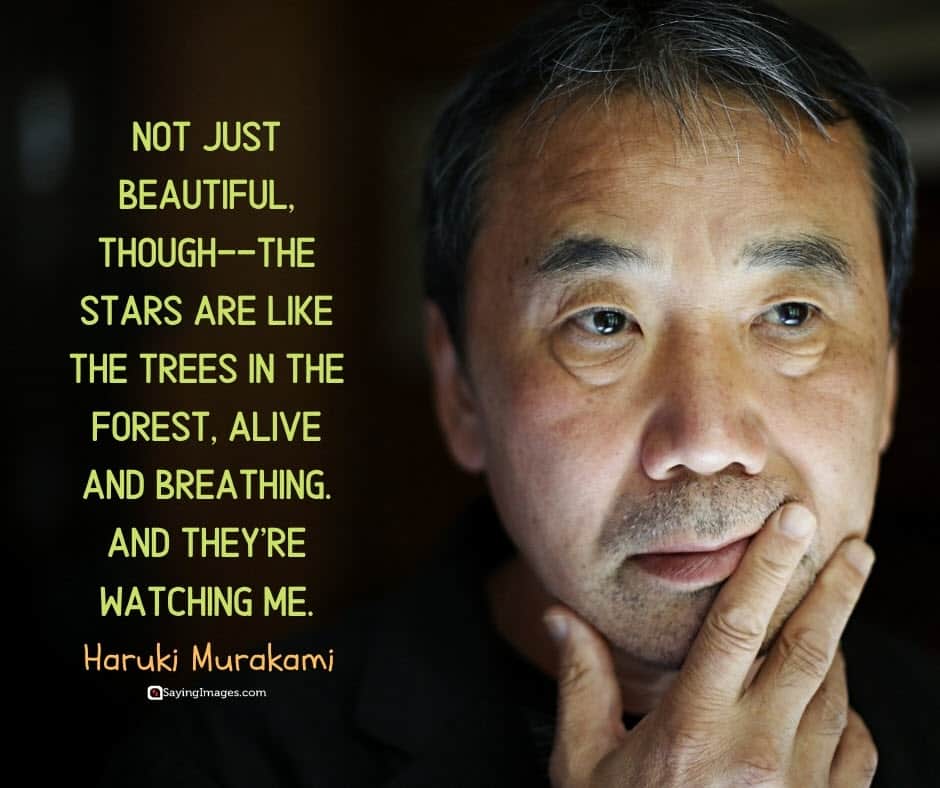 New stars offer to the mind a phenomenon more surprising, and less explicable, than almost any other in the science of astronomy. – George Adams

I am aware that many critics consider the conditions in the stars not sufficiently extreme … the stars are not hot enough. The critics lay themselves open to an obvious retort: we tell them to go and find a hotter place. – Arthur Eddington 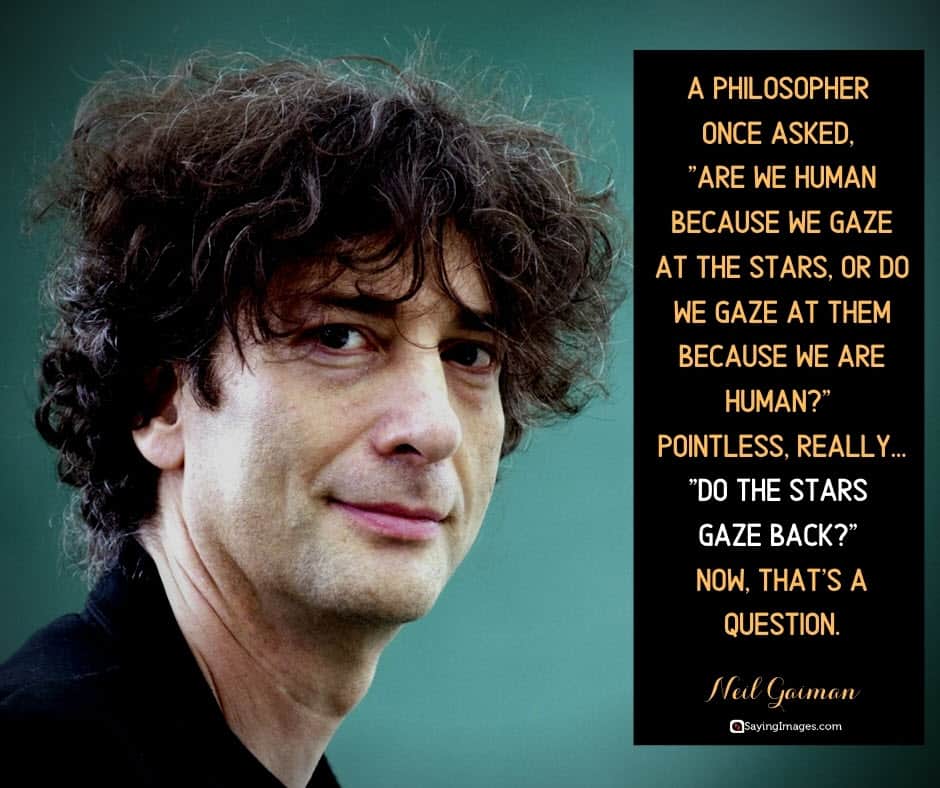 The night is even more richly coloured than the day… . If only one pays attention to it, one sees that certain stars are citron yellow, while others have a pink glow or a green, blue and forget-me-not brilliance. And without my expiating on this theme, it should be clear that putting little white dots on a blue-black surface is not enough. – Vincent van Gogh

The stars are the jewels of the night, and perchance surpass anything which day has to show. A companion with whom I was sailing one very windy but bright moonlight night, when the stars were few and faint, thought that a man could get along with them,—though he was considerably reduced in his circumstances,—that they were a kind of bread and cheese that never failed. – Henry David Thoreau 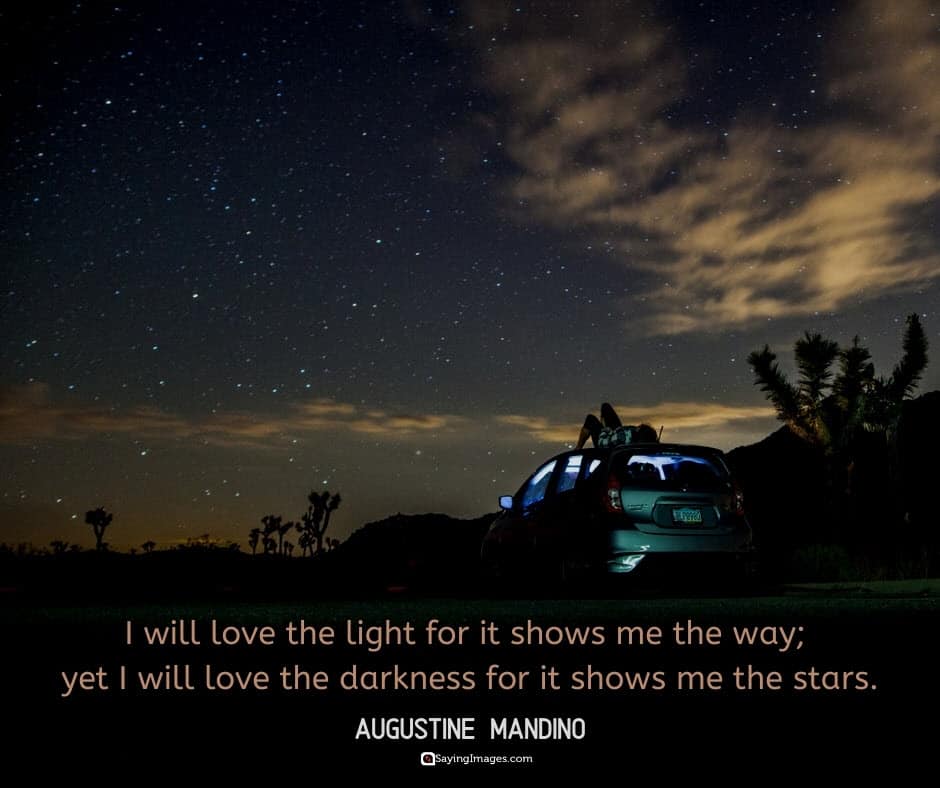 The real friends of the space voyager are the stars. Their friendly, familiar patterns are constant companions, unchanging, out there. – James Lovell

Each star is a mirror reflecting the truth inside you. – Aberjhani

Maybe that’s what life is… a wink of the eye and winking stars. – Jack Kerouac 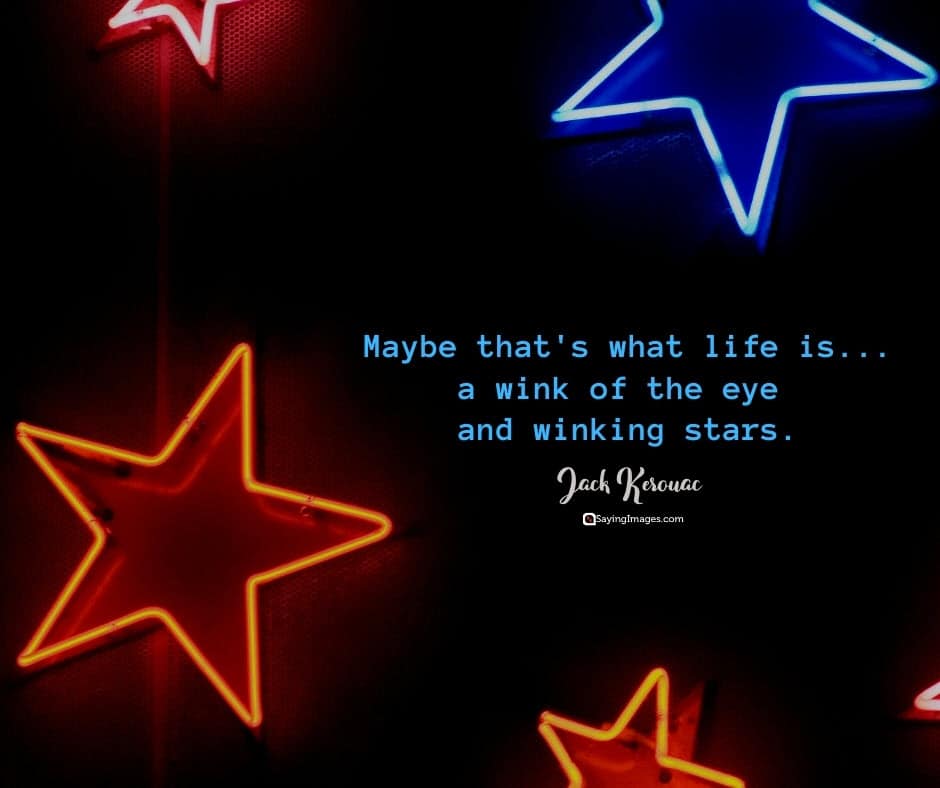 Look at the stars. See their beauty. And in that beauty, see yourself. – Draya Mooney

I think that we are like stars. Something happens to burst us open; but when we burst open and think we are dying; we’re actually turning into a supernova. And then when we look at ourselves again, we see that we’re suddenly more beautiful than we ever were before! – C. JoyBell C.

Moonlight drowns out all but the brightest stars. – J.R.R. Tolkien 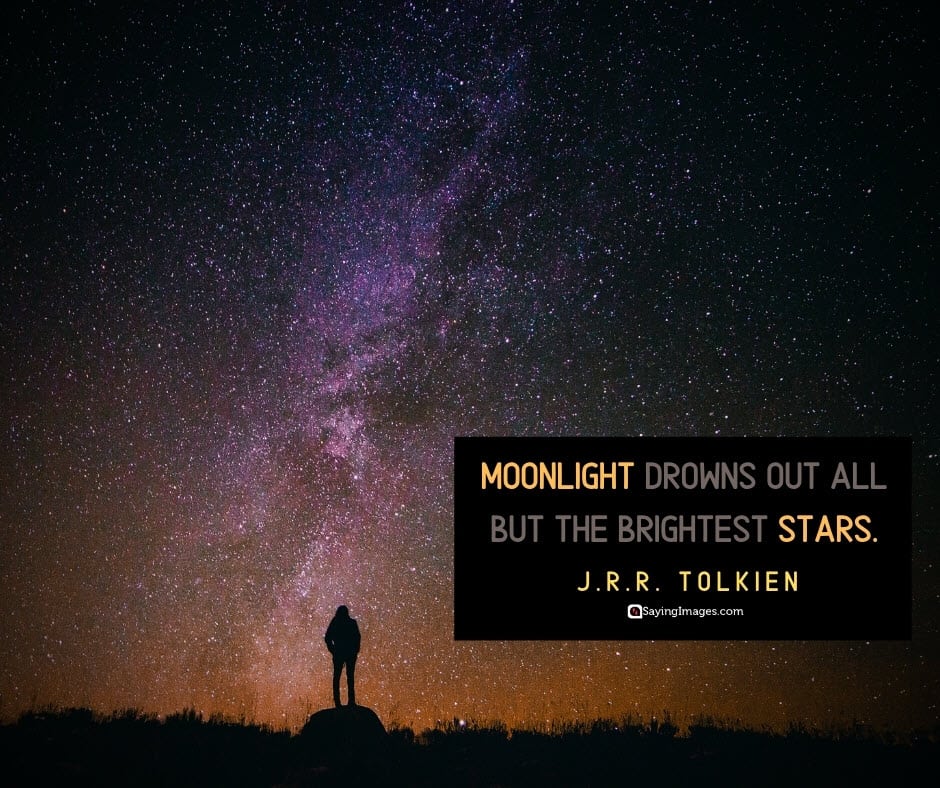 If the stars should appear one night in a thousand years, how would men believe and adore; and preserve for many generations the remembrance of the city of God which had been shown! But every night come out these envoys of beauty, and light the universe with their admonishing smile. – Ralph Waldo Emerson

One thousand brilliant stars punched holes in my consciousness, pricking me with longing. I could stare at the stars for hours, their infinite number and depth pulling me into a part of myself that I ignored during the day. – Maggie Stiefvater

The stars look like they’re so close, you could reach out and touch them. But you can’t. Sometimes things look a lot closer than they are. – Kami Garcia

Share these 34 star quotes to spread feelings of wonder.