The sky and all the bright objects it displays has always been a source of our fascination. The moon and its grand beauty in the nighttime even more so. As children, we’ve looked up in awe of its ‘power’. We’ve come to learn how the universe is filled with celestial bodies and how we’re drawn to those that shine.

When the earth turns dark, the moon glows and gives us light. It also gives us the strangest feeling, how it feels so near when it’s out of reach. It’s no wonder we’ve always associated the moon with a distant dream we want to achieve. “Shoot for the moon”, they said. How it shines in the darkness simply gives us hope.

While the moon is really just mostly rock that gets its glow from the sun, for people who look up at the sky to feel inspired, it’s more than that. It’s life, it’s dreams, it’s hope – it’s everything good waiting to happen. Here are 30 moon quotes proving that our world’s natural satellite inspires us in ways that are beyond amazing.

The moving moon went up the sky, and nowhere did abide. Softly she was going up, and a star or two beside. – Samuel Taylor Coleridge

The moon is nothing But a circumambulating aphrodisiac Divinely subsidized to provoke the world Into a rising birth-rate. – Christopher Fry

I still say, ‘Shoot for the moon; you might get there.’ – Buzz Aldrin 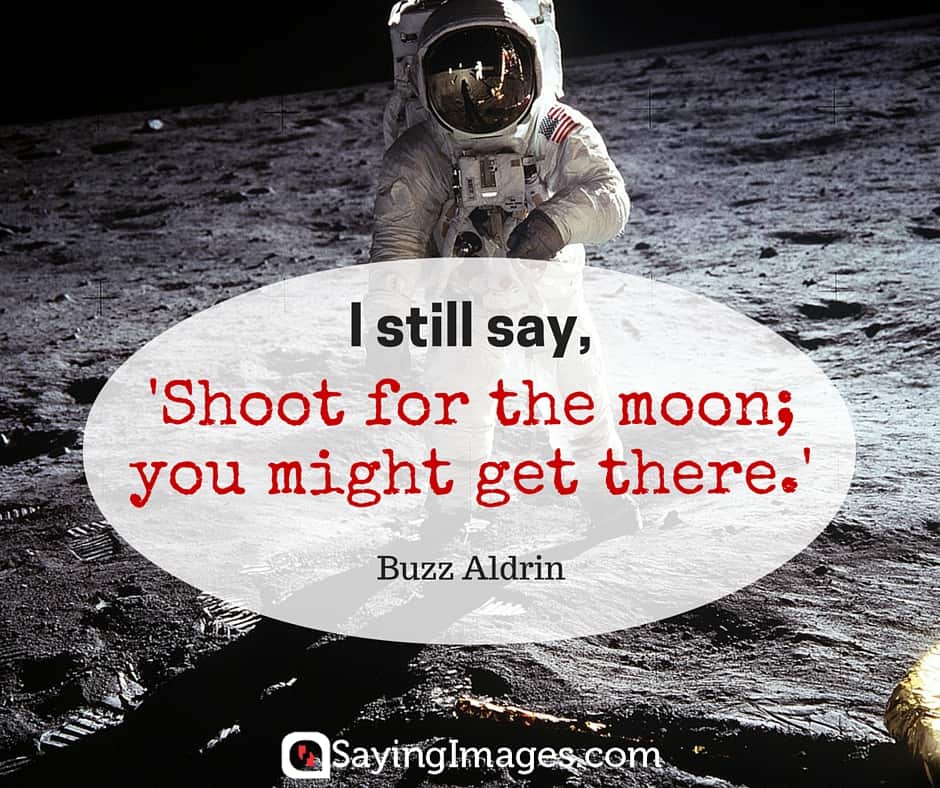 The moon is at her full, and riding high, Floods the calm fields with light. The airs that hover in the summer sky Are all asleep tonight. – William C. Bryant

The moon is a loyal companion.
It never leaves. It’s always there, watching, steadfast, knowing us in our light and dark moments, changing forever just as we do. Every day it’s a different version of itself. Sometimes weak and wan, sometimes strong and full of light. The moon understands what it means to be human.
Uncertain. Alone. Cratered by imperfections.
– Tahereh Mafi, Shatter Me

Moonlight drowns out all but the brightest stars. – J.R.R. Tolkien, “The Lord of the Rings” 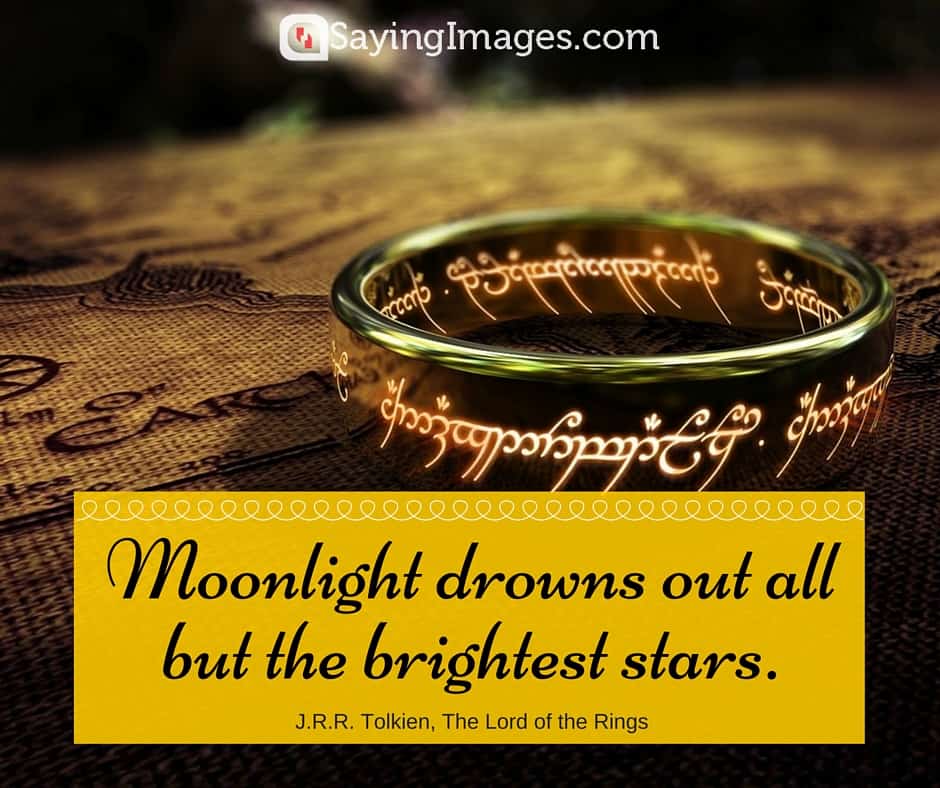 The moon is made of a green cheese. – John Heywood

Everyone is a moon, and has a dark side which he never shows to anybody. – Mark Twain

We are all like the bright moon, we still have our darker side. – Kahlil Gibran 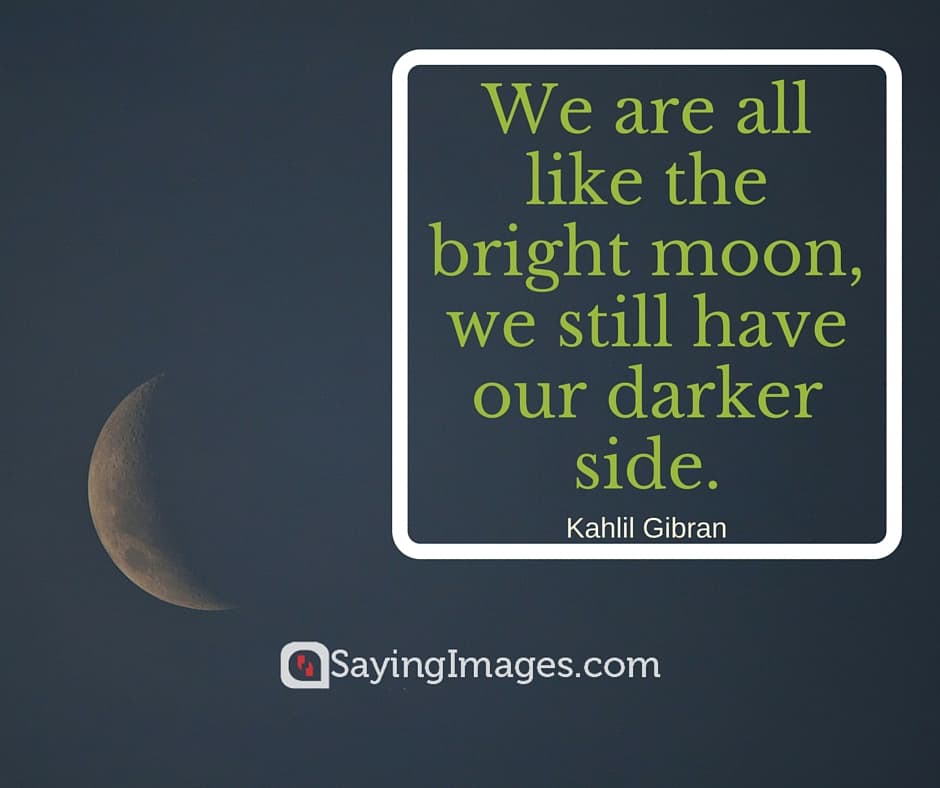 The moon does not fight. It attacks no one. It does not worry. It does not try to crush others. It keeps to its course, but by its very nature, it gently influences. What other body could pull an entire ocean from shore to shore? The moon is faithful to its nature and its power is never diminished.  – Ming-Dao Deng, “Everyday Tao: Living with Balance and Harmony”

But even when the moon looks like it’s waning…it’s actually never changing shape. Don’t ever forget that. – Ai Yazawa, “Nana”

Do not swear by the moon, for she changes constantly. then your love would also change. – William Shakespeare, “Romeo and Juliet” 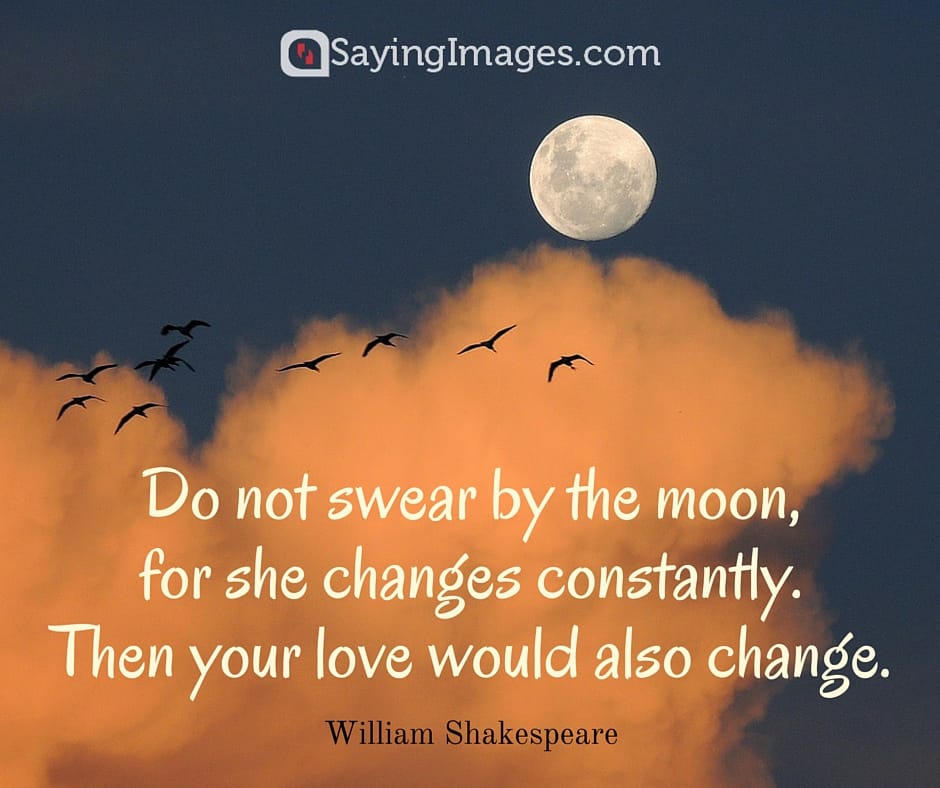 The moon in all her immaculate purity hung in the sky, laughing at this world of dust. She congratulated me for my carefully considered maneuvers and invited me to share in her eternal solitude. – Shan Sa, “Empress”

I’ve never seen a moon in the sky that, if it didn’t take my breath away, at least misplaced it for a moment. – Colin Farrell

The moon is friend for the lonesome to talk to. – Carl Sandburg 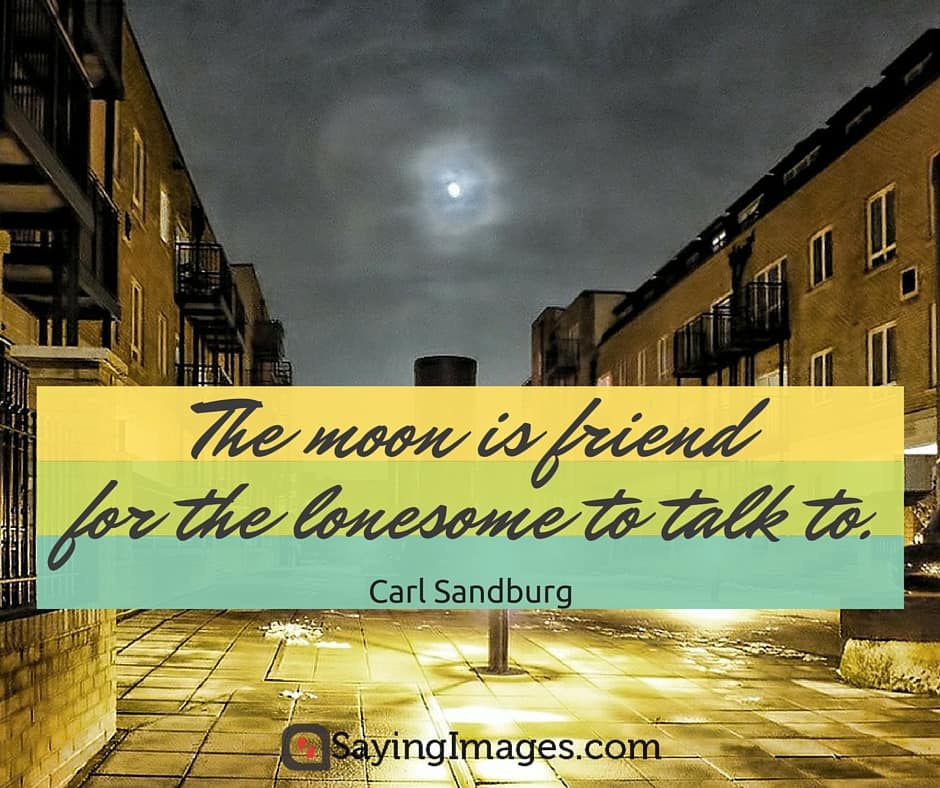 We ran as if to meet the moon. – Robert Frost

I never really thought about how when I look at the moon, it’s the same moon as Shakespeare and Marie Antoinette and George Washington and Cleopatra looked at. – Susan Beth Pfeffer, “Life As We Knew It” 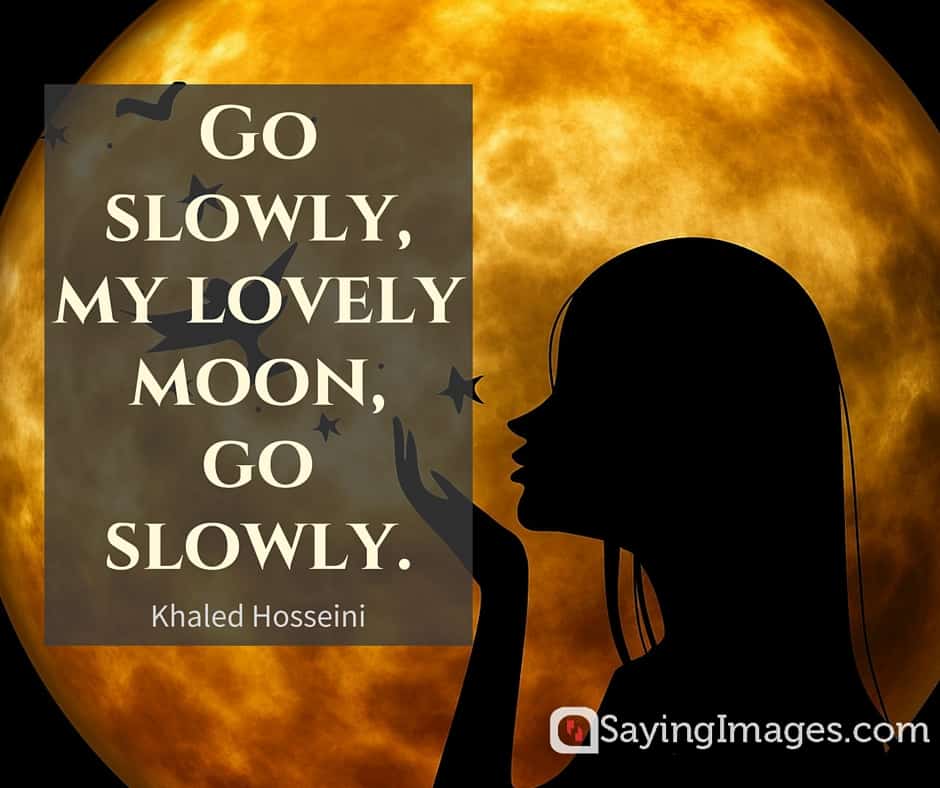 The moon will guide you through the night with her brightness, but she will always dwell in the darkness, in order to be seen. – Shannon L. Alder

I feel a little like the moon who took possession of you for a moment and then returned your soul to you. You should not love me. One ought not to love the moon. If you come too near me, I will hurt you. – Anaïs Nin, “Delta of Venus”

It is a beautiful and delightful sight to behold the body of the Moon. – Galileo Galilei 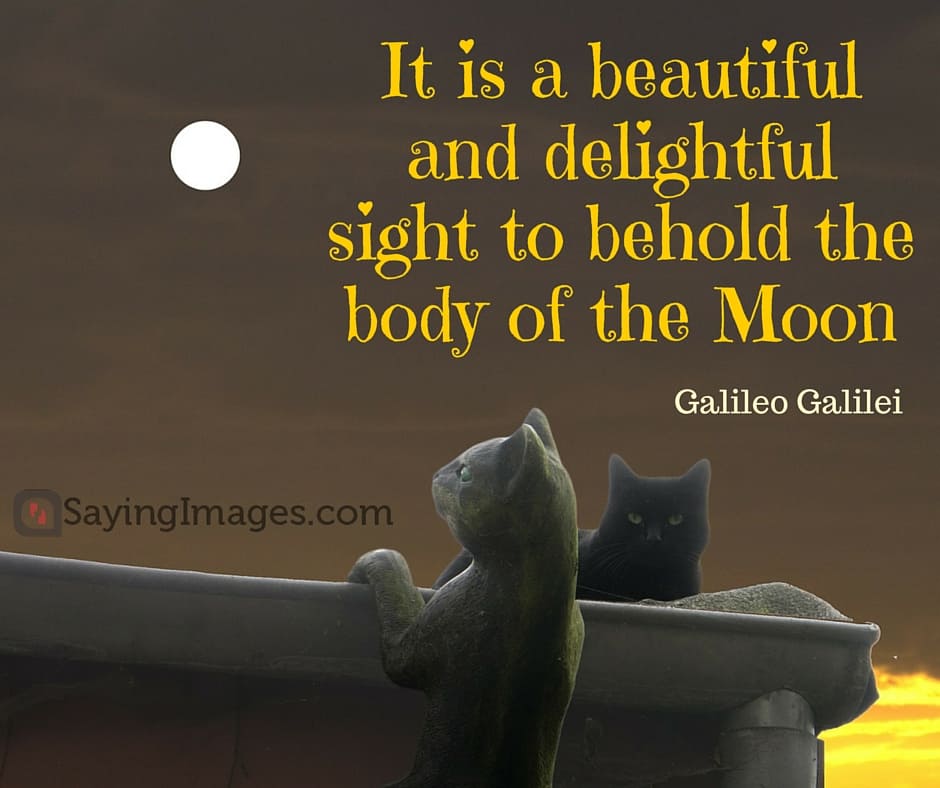 There was just one moon. That familiar, yellow, solitary moon. The same moon that silently floated over fields of pampas grass, the moon that rose–a gleaming, round saucer–over the calm surface of lakes, that tranquilly beamed down on the rooftops of fast-asleep houses. The same moon that brought the high tide to shore, that softly shone on the fur of animals and enveloped and protected travelers at night. The moon that, as a crescent, shaved slivers from the soul–or, as a new moon, silently bathed the earth in its own loneliness. THAT moon. – Haruki Murakami

What was supposed to be so special about a full moon? It was only a big circle of light. And the dark of the moon was only darkness. But halfway between the two, when the moon was between the worlds of light and dark, when even the moon lived on the edge…maybe then a witch could believe in the moon. – Terry Pratchett, “Witches Abroad”

The moon is the reflection of your heart and moonlight is the twinkle of your love. – Debasish Mridha 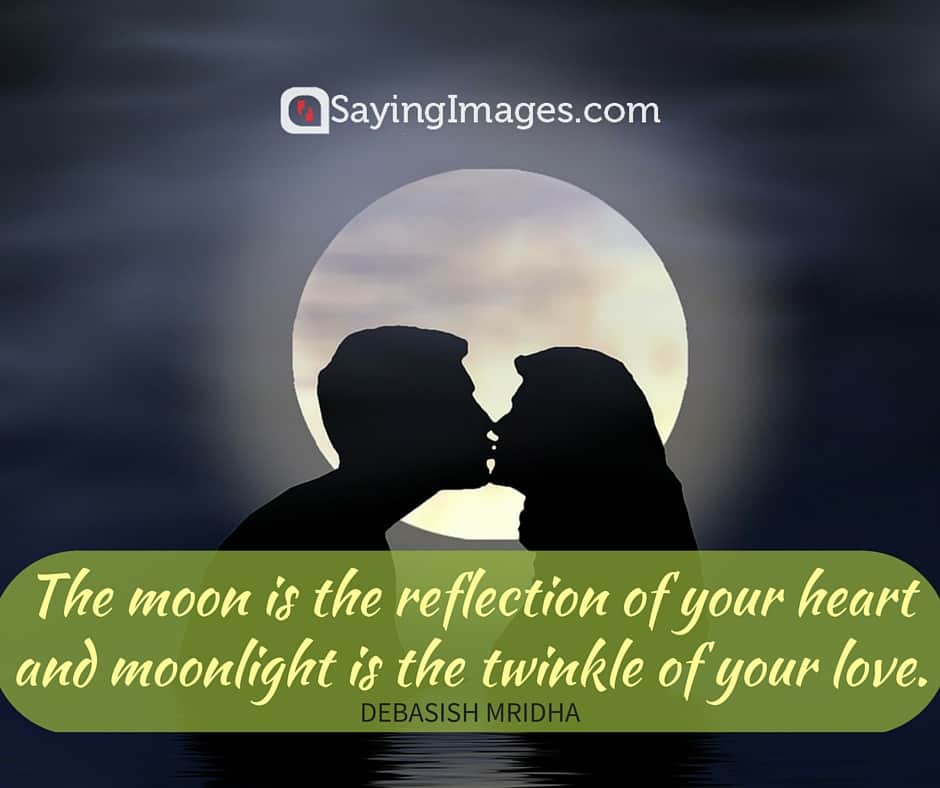 Shoot for the moon and if you miss you will still be among the stars. – Les Brown

I want to be the first and second man to dance on the moon. No, I won’t moonwalk. But I will Cha Cha—with my clone. – Jarod Kintz, “Who Moved My Choose?”

The moon, our own, earthly moon is bitterly lonely, because it is alone in the sky, always alone, and there is no one to turn to, no one to turn to it. All it can do is ache across the weightless airy ice, across thousands of versts, toward those who are equally lonely on earth, and listen to the endless howling of dogs. – Yevgeny Zamyatin, “The Dragon: Fifteen Stories” 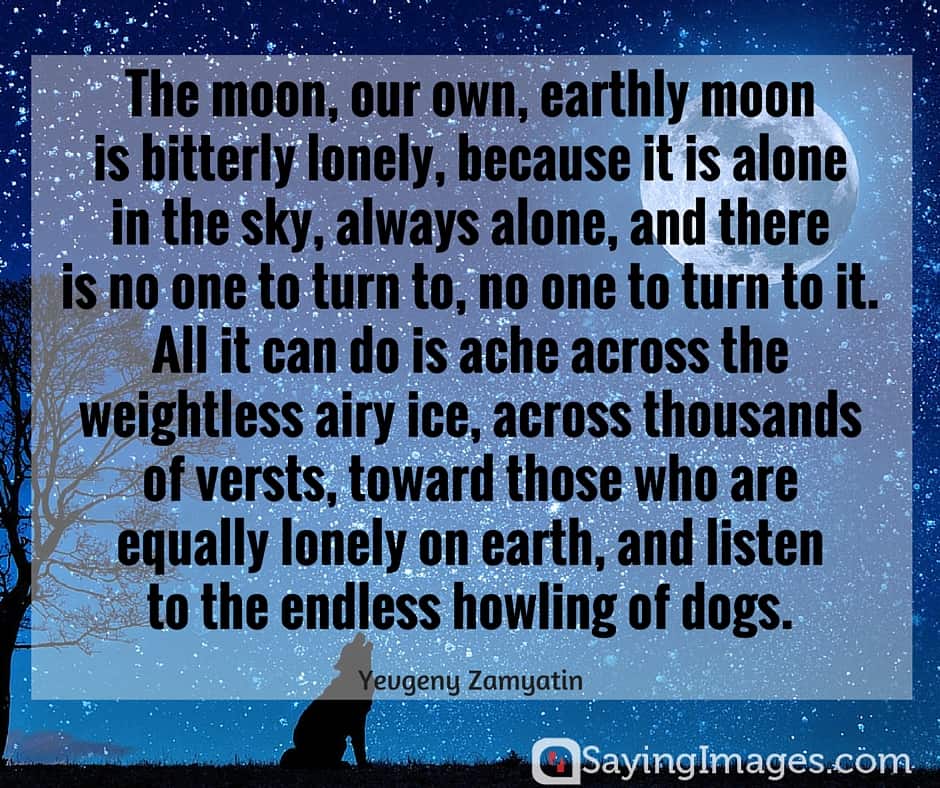 The moon is a silver pin-head vast, that holds the heaven’s tent-hangings fast. – William R. Alger, “The Use of the Moon”

Don’t think, feel ….it is like a finger pointing a way to the moon. Don’t concentrate on the finger or you will miss all that heavenly glory! – Bruce Lee

The moon arose, she shone upon the lake, which lay one smooth expanse of silver light. She shone upon the hills and rocks, and cast upon their hollows and their hidden glens a blacker depth of shade. – Robert Southey

Don’t look too hard to find genuine beauty. Most times we just need to look up. Share these 30 moon quotes reminding others that.