Thanksgiving is a time for us to express our gratitude and appreciation for all the things we’ve received for the year. It’s also a time for us to bond with family and friends over good food.

If you’ve ran out of things to say at the table, why not share a few silly and funny Thanksgiving quotes and jokes? It’ll surely make the holiday a lot more fun and festive.

Check out all the funny Thanksgiving quotes we’ve collected for you.

If you stand in the meat section at the grocery store long enough, you start to get mad at turkeys. There’s turkey ham, turkey bologna, turkey pastrami. Someone needs to tell the turkey, man, just be yourself. – Mitch Hedberg

A new survey found that 80 percent of men claim they help cook Thanksgiving dinner. Which makes sense, when you hear them consider saying “that smells good” to be helping. – Jimmy Fallon 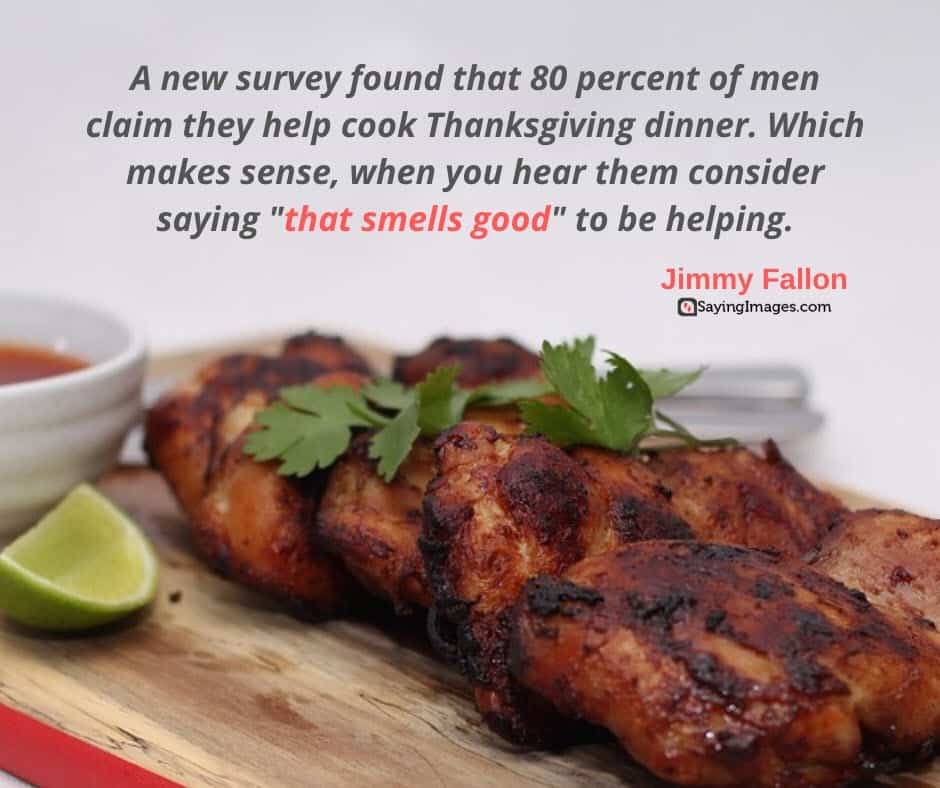 It took me three weeks to stuff the turkey. I stuffed it through the beak. – Phyllis Diller

Thanksgiving – when the people who are the most thankful are the ones who didn’t have to cook. – Melanie White 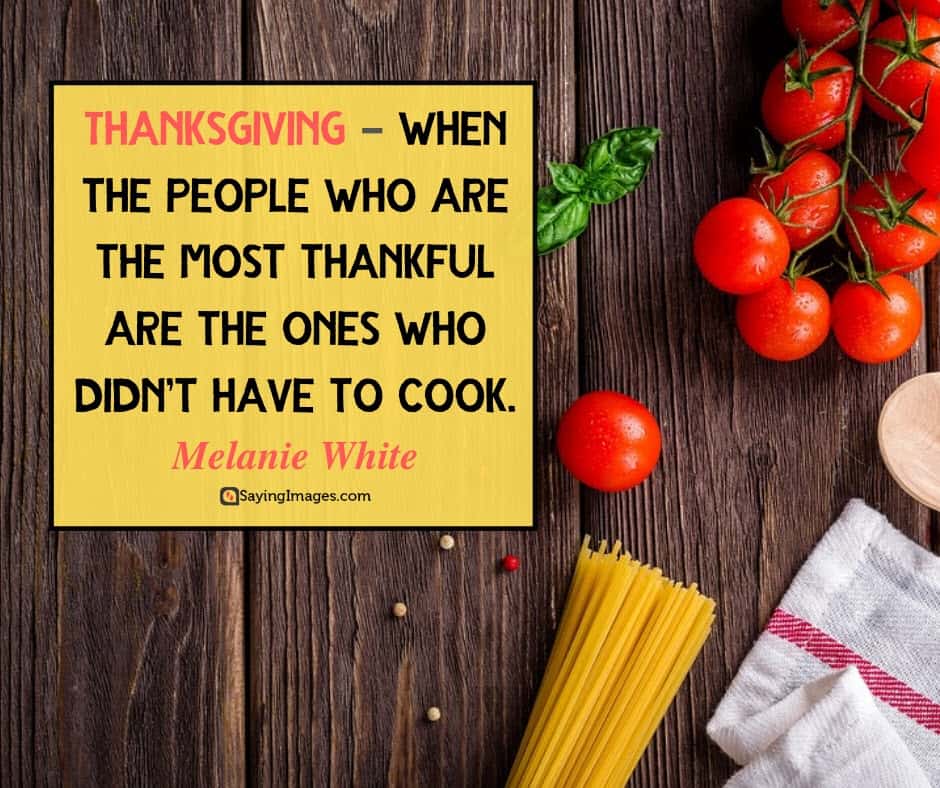 I’m excited about Thanksgiving because I love unwelcome parenting advice from relatives I see twice a year.

Thanksgiving is an emotional time. People travel thousands of miles to be with people they see only once a year. And then discover once a year is way too often. – Johnny Carson 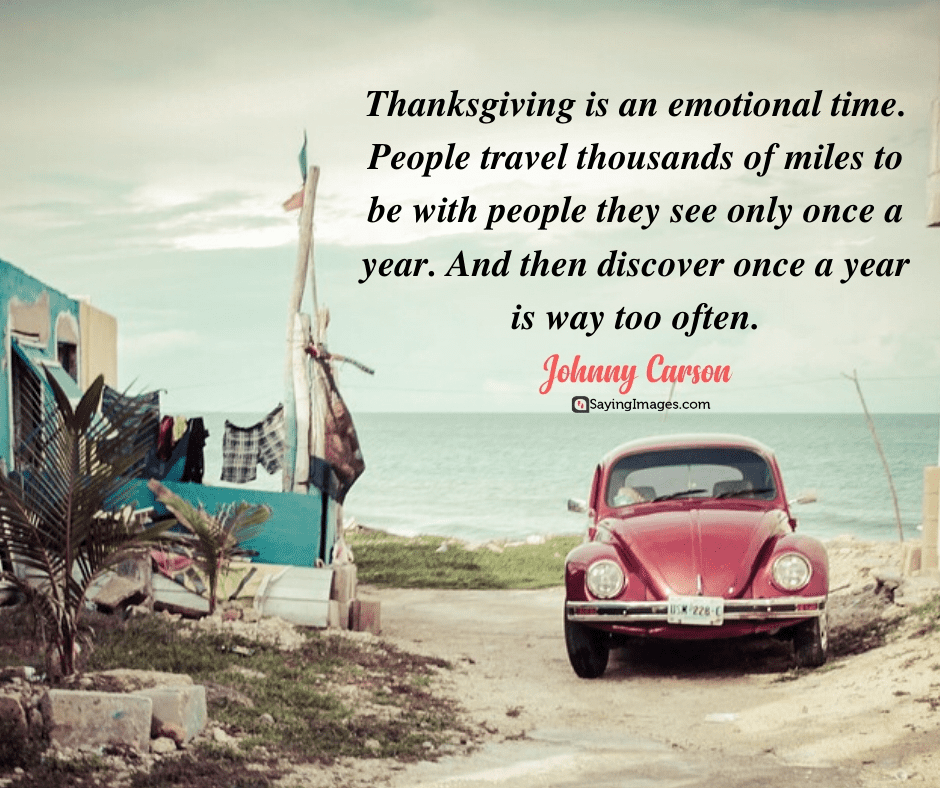 It’s not the minutes spent at the table that put on weight, it’s the seconds.

We’re having something a little different this year for Thanksgiving. Instead of a turkey, we’re having a swan. You get more stuffing. – George Carlin 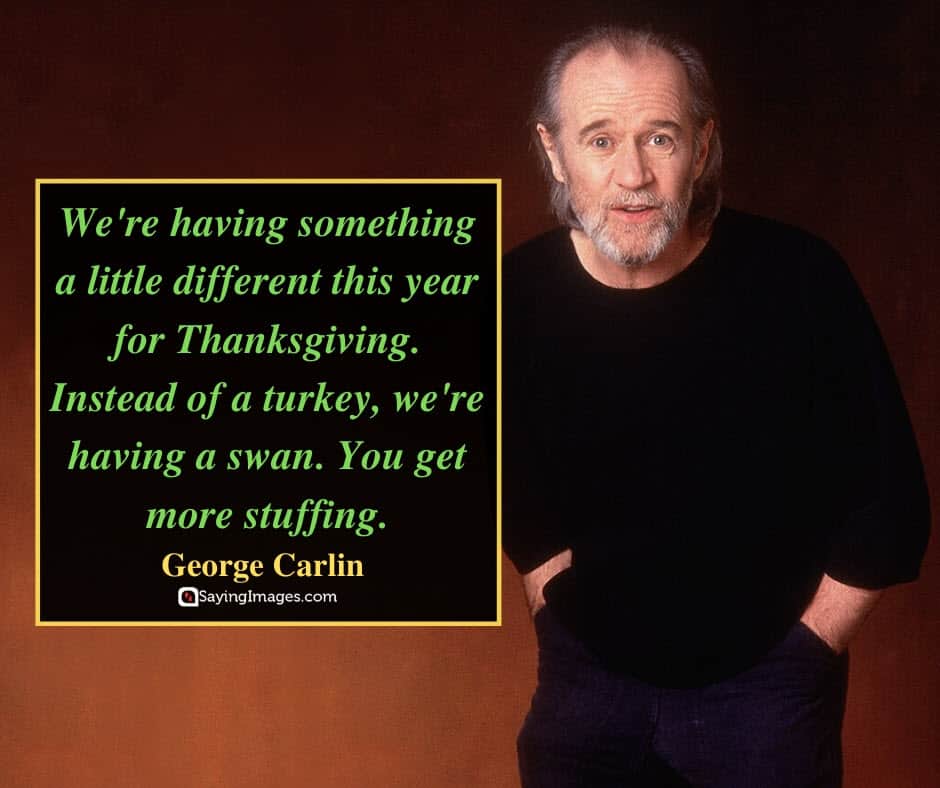 Last Thanksgiving, I shot my own turkey. It was fun. That shotgun going, Blam! Everybody at the supermarket just staring. Why track them when I know where they are? – Kenny Rogerson 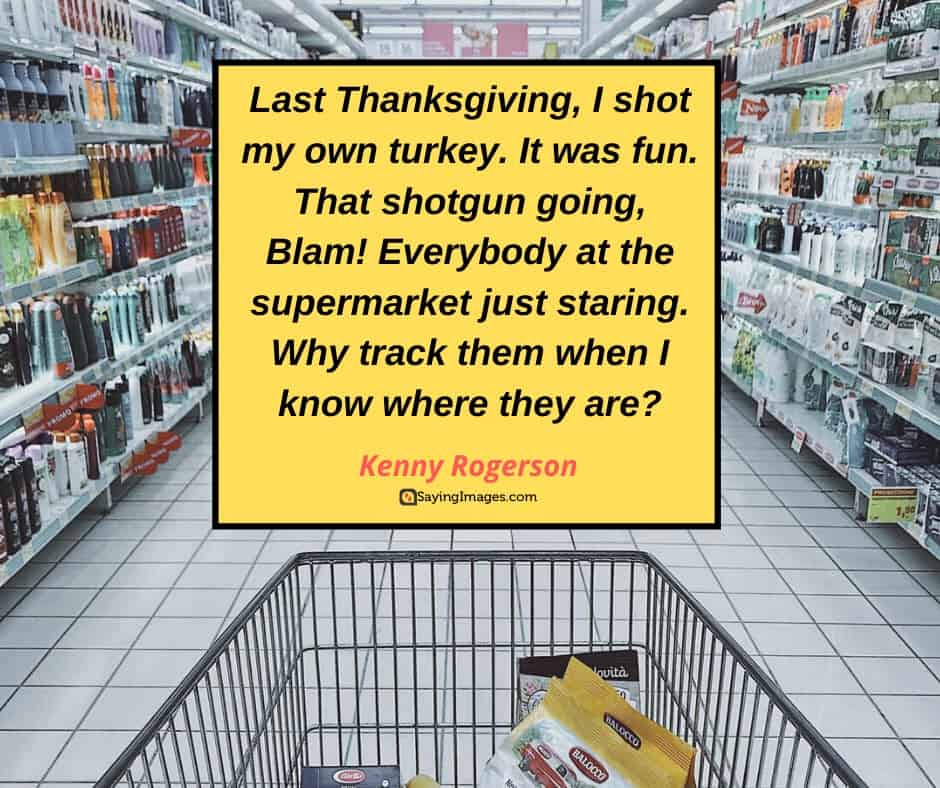 On Thanksgiving Day, all over America, families sit down to dinner at the same moment — halftime.

I celebrated Thanksgiving the old-fashioned way. I invited everyone in my neighborhood to my house, we had an enormous feast, and then I killed them and took their land. – Jon Stewart 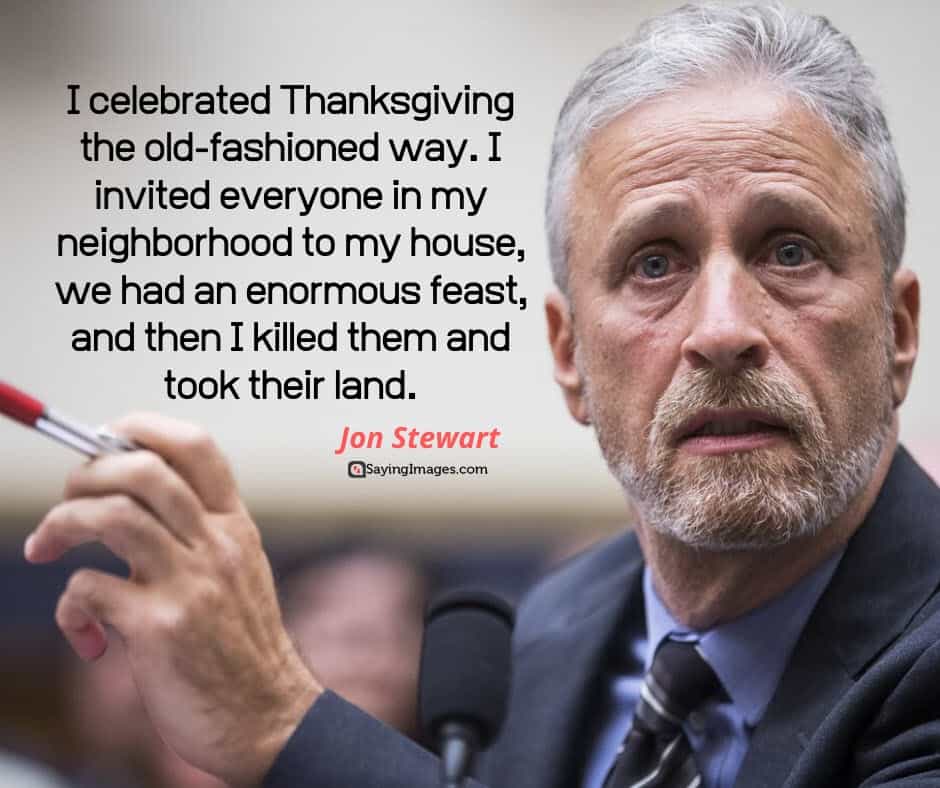 I like football. I find it an exciting strategic game. It’s a great way to avoid conversations with your family on Thanksgiving. – Craig Ferguson

Thanksgiving is the day men start getting in shape … to play Santa Claus. – Melanie White 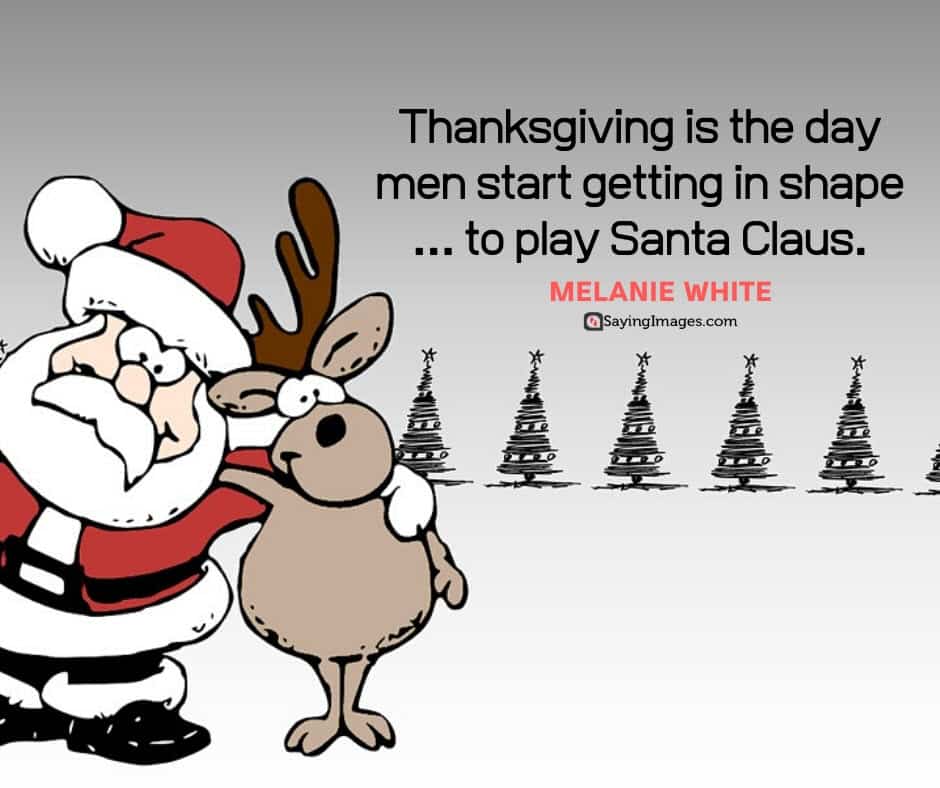 I’m from Canada, so Thanksgiving to me is just Thursday with more food. And I’m thankful for that. – Howie Mandel

I don’t eat pumpkin pie. It’s made from the guts of jack-o-lanterns, and that’s just spooky. – Melanie White

You know that just before the first Thanksgiving, there was one wise old Native American woman saying, “Don’t feed them. If you feed them, they’ll never leave.” – Dylan Brody

Why did they let the turkey join the band? Because he had the drumsticks. 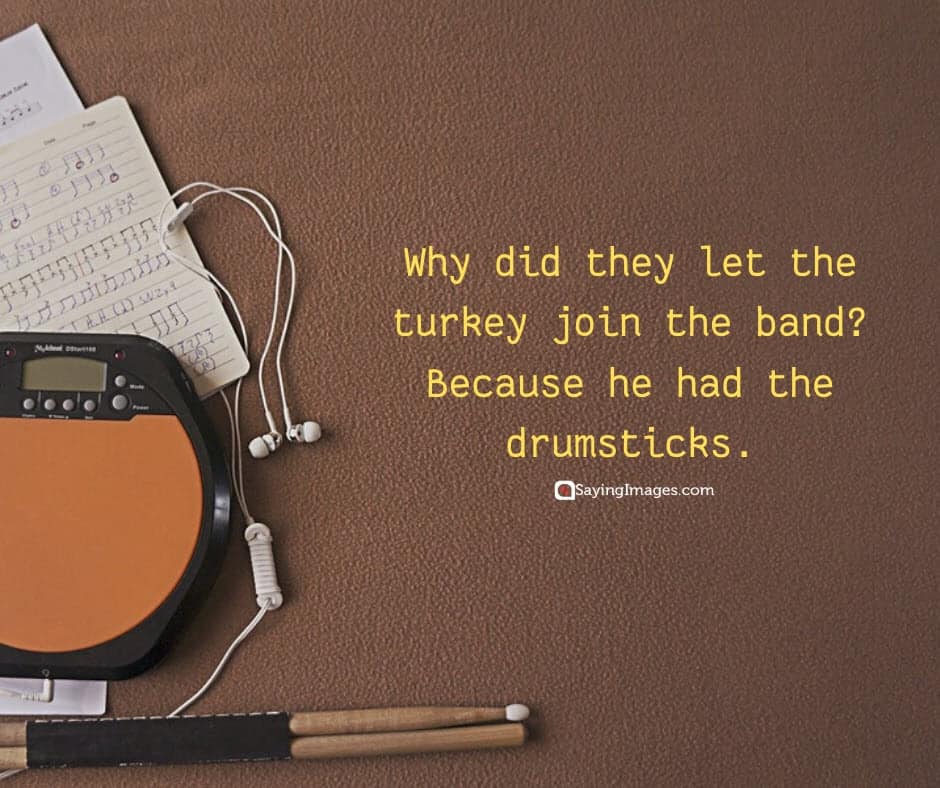 A lady was looking for a turkey but couldn’t find one big enough. She asked the stock boy “Do these turkeys get any bigger?” The stock boy replied, “No they’re dead”.

I’m looking forward to seeing pie this Thanksgiving more than members of my own family. – Damien Fahey 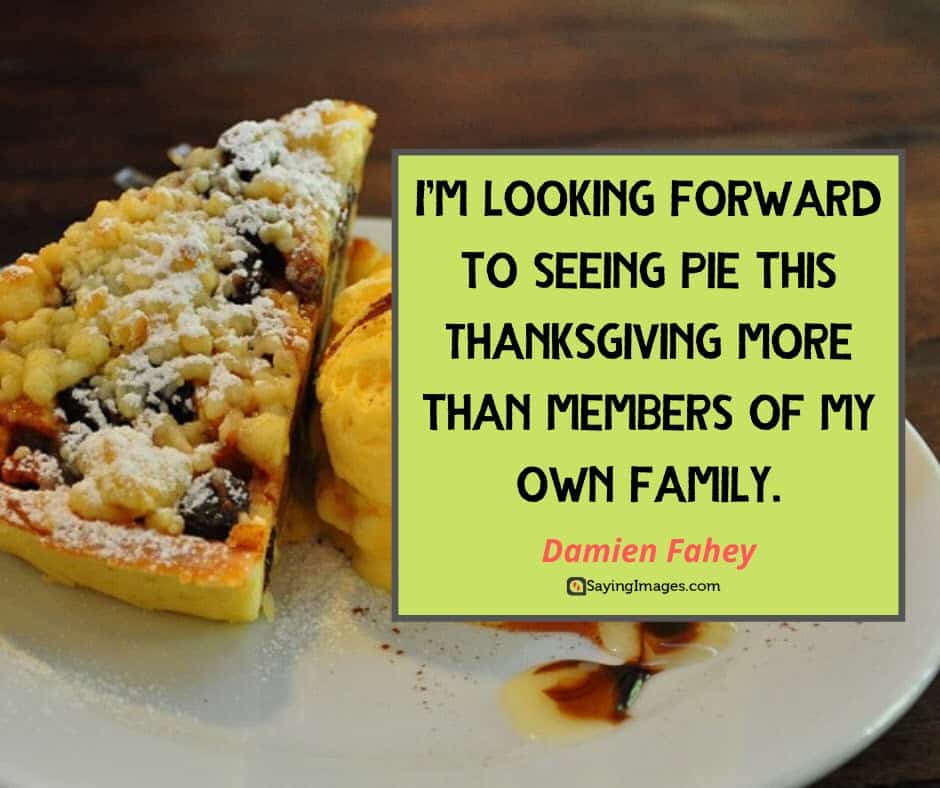 Thanksgiving is a time to count your blessings, one by one, as each relative goes home. – Melanie White 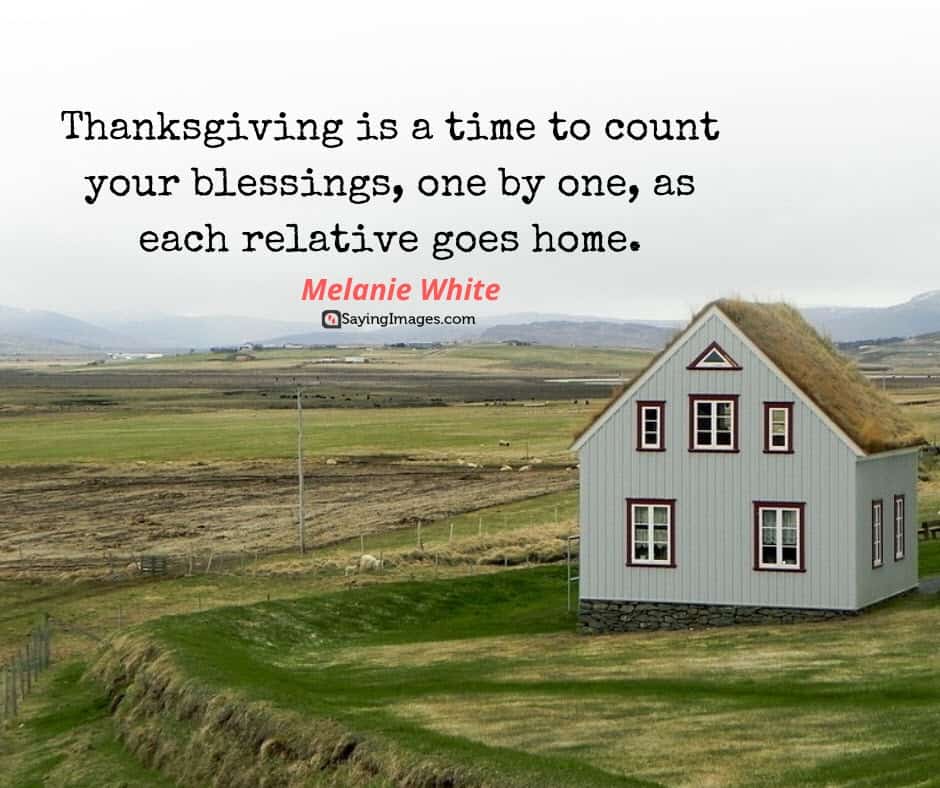 They should change the name of Thanksgiving to something more fitting like say, Turkeypocolypse or Stuffing-cide. 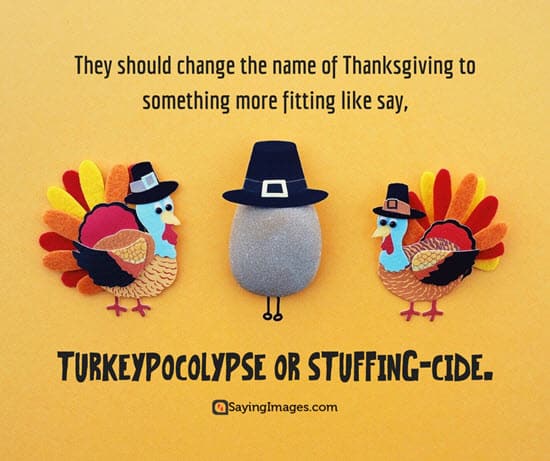 Who doesn’t eat on Thanksgiving? A turkey, because it is always stuffed.

Can a turkey jump higher than the Empire State Building? Yes, a building can’t jump at all!

Don’t forget to have fun and enjoy the holiday. Share these funny Thanksgiving quotes and jokes with your family and friends!