In every election comes our responsibility to vote. When we practice our right to select our leaders, we help shape our country’s future. It is through our votes that we can make a collective decision, together. By voting, we are granted a voice, and we are heard.

The road leading to suffrage was a long and an arduous one. Let’s make it count by being a part of it. Voting also ensures that we’re upholding the tenets of democracy. Yours may just be one vote, but the only way it will matter is if you believe that it does.

Inspire everyone you know to vote with these 20 empowering vote quotes.

Democracy is being allowed to vote for the candidate you dislike least. – Robert Byrne

Always vote for principle, though you may vote alone, and you may cherish the sweetest reflection that your vote is never lost. – President John Quincy Adams 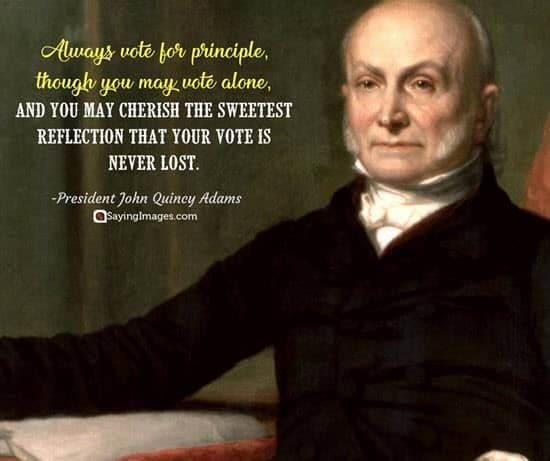 The vote is the most powerful instrument ever devised by man for breaking down injustice and destroying the terrible walls which imprison men because they are different from other men. – Lyndon B. Johnson 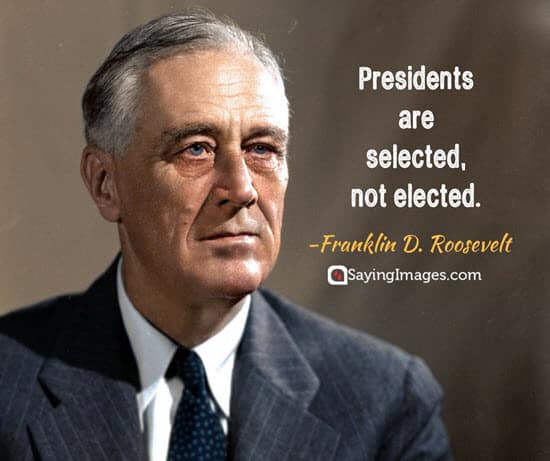 Always vote for principle, though you may vote alone, and you may cherish the sweetest reflection that your vote is never lost. – John Quincy Adams 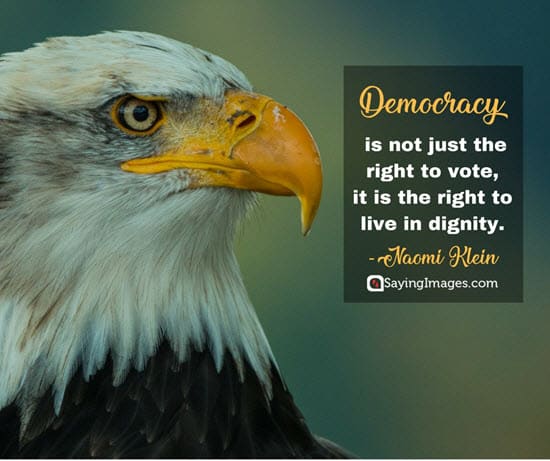 Vote for the man who promises least; he’ll be the least disappointing. – Bernard Baruch

The vote is the most powerful nonviolent tool we have. – John Lewis 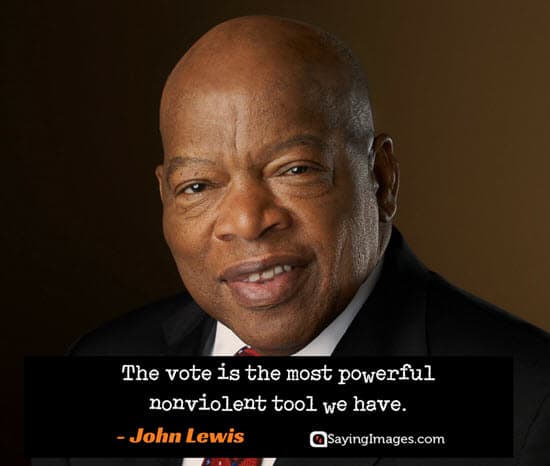 Elections belong to the people. It’s their decision. If they decide to turn their back on the fire and burn their behinds, then they will just have to sit on their blisters. – Abraham Lincoln

A vote is like a rifle; its usefulness depends upon the character of the user. – Theodore Roosevelt 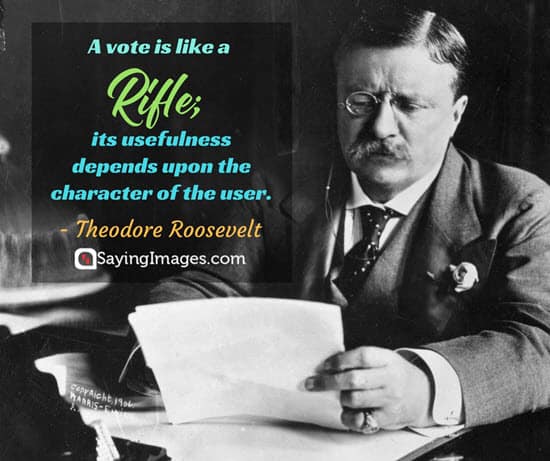 Democracy cannot succeed unless those who express their choice are prepared to choose wisely. The real safeguard of democracy, therefore, is education. – Franklin D. Roosevelt 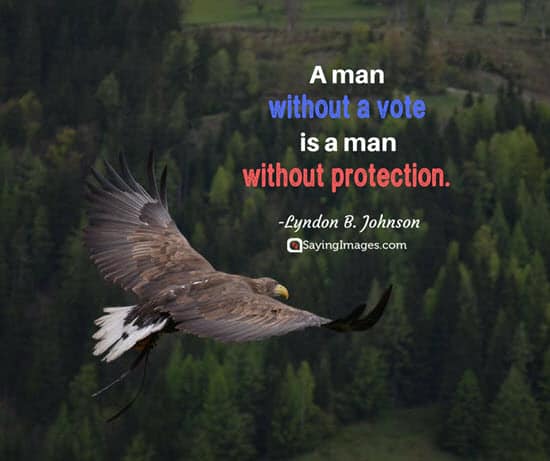 The vote is precious. It’s almost sacred, so go out and vote like you never voted before. – John Lewis

Politicians and diapers must be changed often, and for the same reason. – Mark Twain 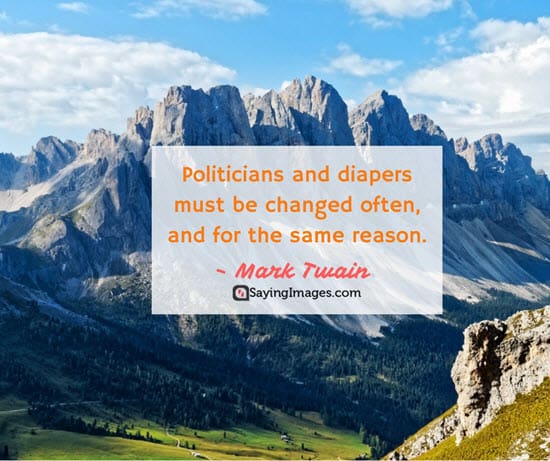 Bad officials are the ones elected by good citizens who do not vote. – George Jean Nathan 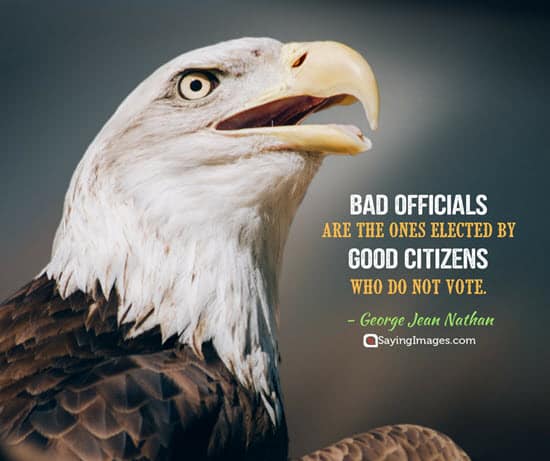 Every election is determined by the people who show up. – Larry J. Sabato 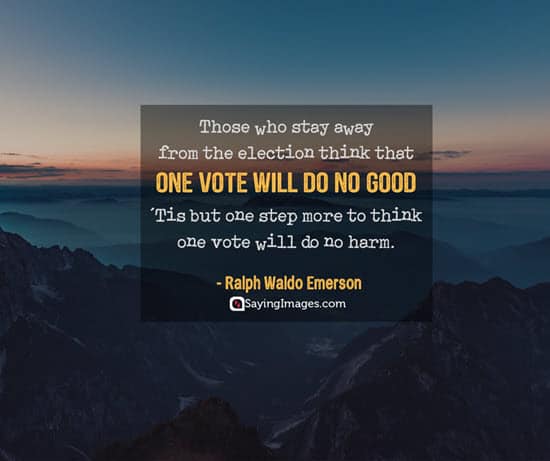 Our lives begin to end the day we become silent about things that matter. – Martin Luther King, Jr.

Voting is how we participate in a civic society – be it for president, be it for a municipal election. It’s the way we teach our children – in school elections – how to be citizens, and the importance of their voice. – Loretta Lynch 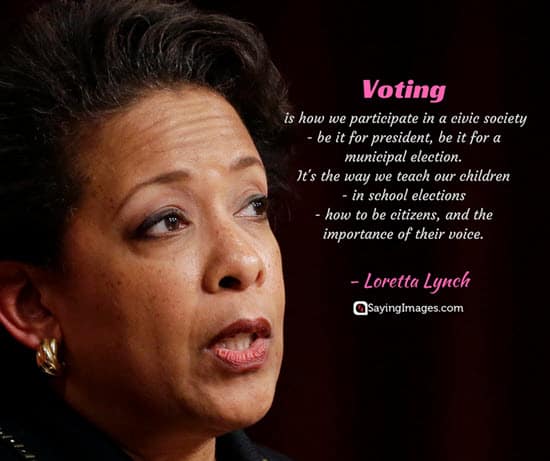 Share these 20 vote quotes to encourage everyone you know to vote.