Hello, Marshmallows! Are we still over Season 4 yet? We’re not and possibly never will.

Veronica Mars is one of the coolest and strongest teen sleuths to ever come on television. Premiering on 2007, Kristen Bell breathed life to Veronica Mars, a student by day and an undercover private investigator in her free time. We watched her solve case after case all the while struggling with her underdog status. We also watched Veronica have one of the most beautiful love stories ever with the most surprising character – in Episode 1, at least. With a seemingly perfect ex, who knew she would get it on with the bad boy instead?

Relive the show again with these Veronica Mars memes.

It’s All Fun And Games

I Received A Jury Summons In The Mail

One Does Not Simply Hold Their Tears Back

My Patronus Is Veronica Mars

Thank You For Being My Own Personal Springer Audience

Please Lord Give Me Strength

Can Logan be resurrected or something?

35 Cat Birthday Memes That Are Way Too Adorable 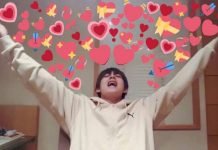 20 The Most Interesting Cat In The World Memes Cat Parents...