One of the internal struggles we go through is thinking and believing we’re not good enough. When we’re beaten down with disappointments and lose opportunities, we form assumptions that crush our confidence. There may also be some people in our lives who contribute to the feeling that we’re never going to make it. They underestimate us and our efforts, making us feel small and our endeavors futile.

Finding your way back to believing you’re capable of everything you want to be is an uphill battle. Circumstances don’t often go your way and unkind words that understimate you can be a hard pill to swallow. However, isn’t it the more reason for you to persist? To prove them wrong and rise above whatever obstacles life throws at you?

At the end of the day, we only have ourselves to believe in and do the hard work. Achievements, big or small, always start with us believing we can. Here are 20 understimate quotes reminding you to have faith in yourself.

Never underestimate your ability to make someone else’s life better – even if you never know it. – Greg Louganis

Never underestimate the power within you, because you may be the only person in the entire universe to solve a specific problem. – Gift Gugu Mona 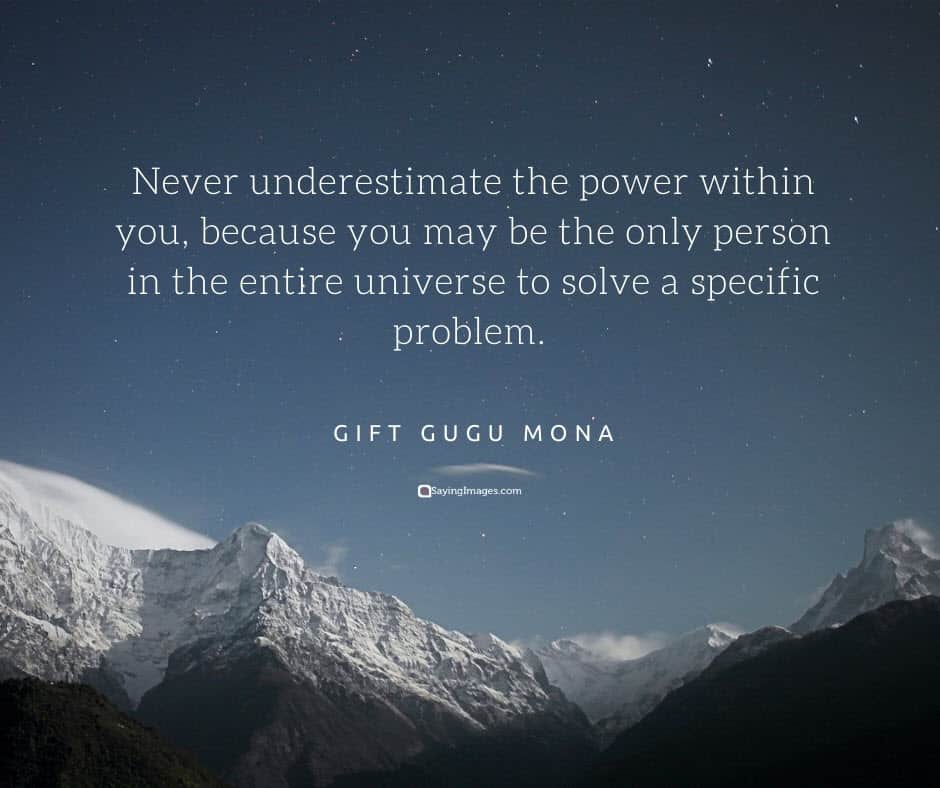 You cannot underestimate people’s ability to spot a soulless, bureaucratic tactic a million miles away. It’s a big reason why so many companies that have dipped a toe in social media waters have failed miserably. – Gary Vaynerchuk 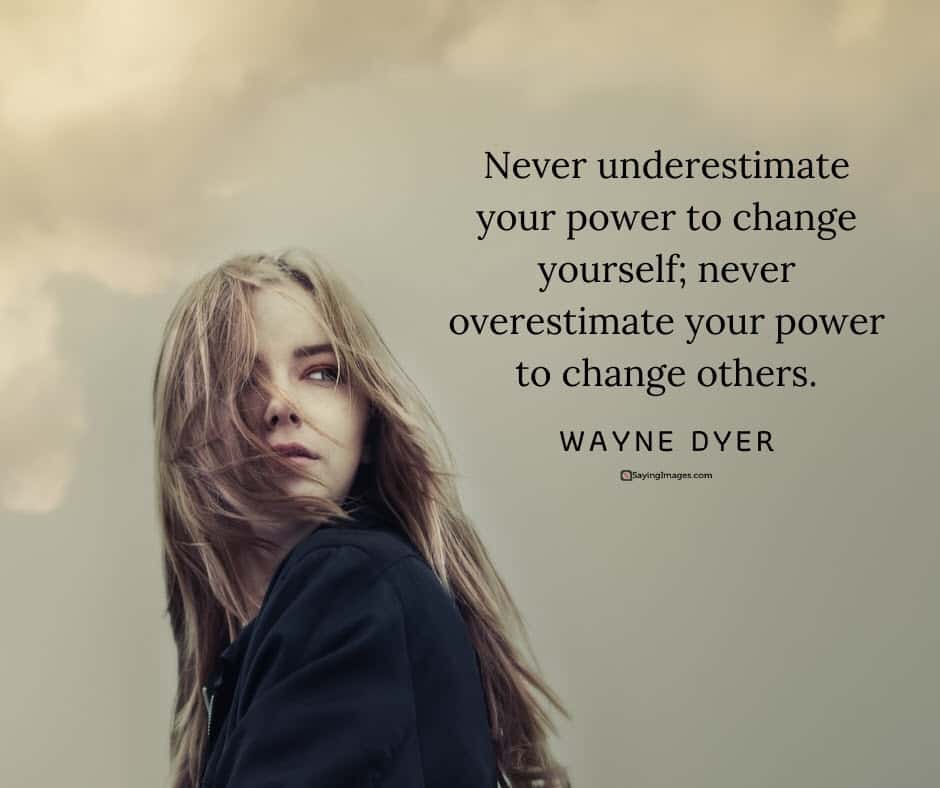 When people make the mistake of underestimating me, that’s when they are really in for their biggest surprise. – Donald Trump 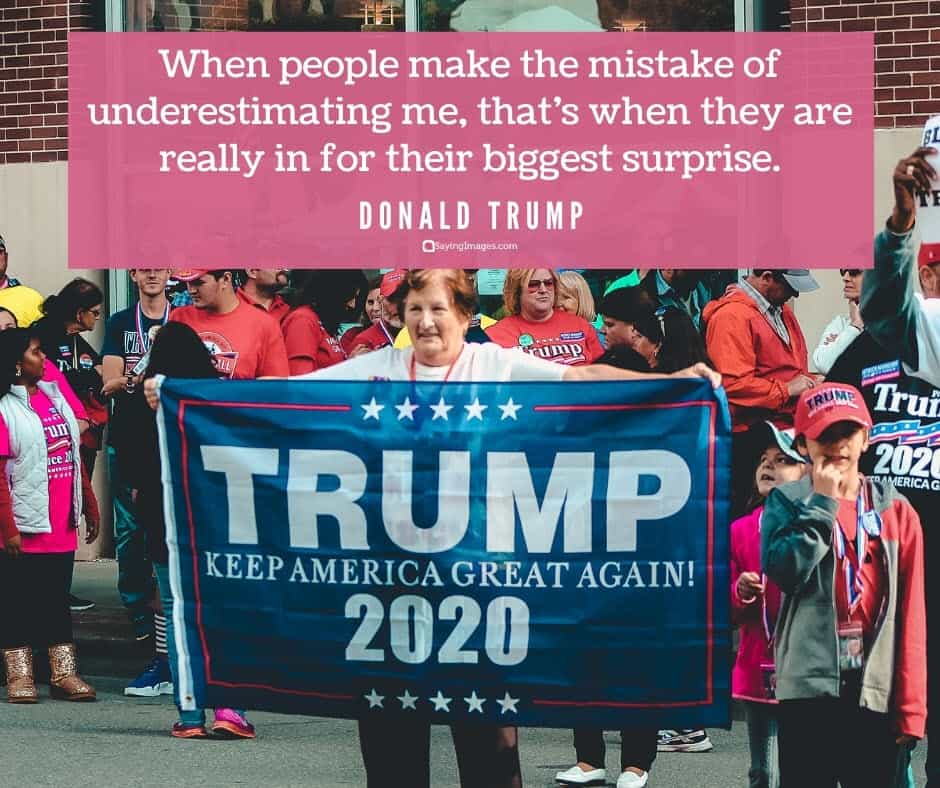 Don’t you dare underestimate the power of your own instinct. – Barbara Corcoran

You don’t have to appreciate me – I hope you underestimate me. That way, when I have a good game, it’ll hit you even harder. – Chris Bosh 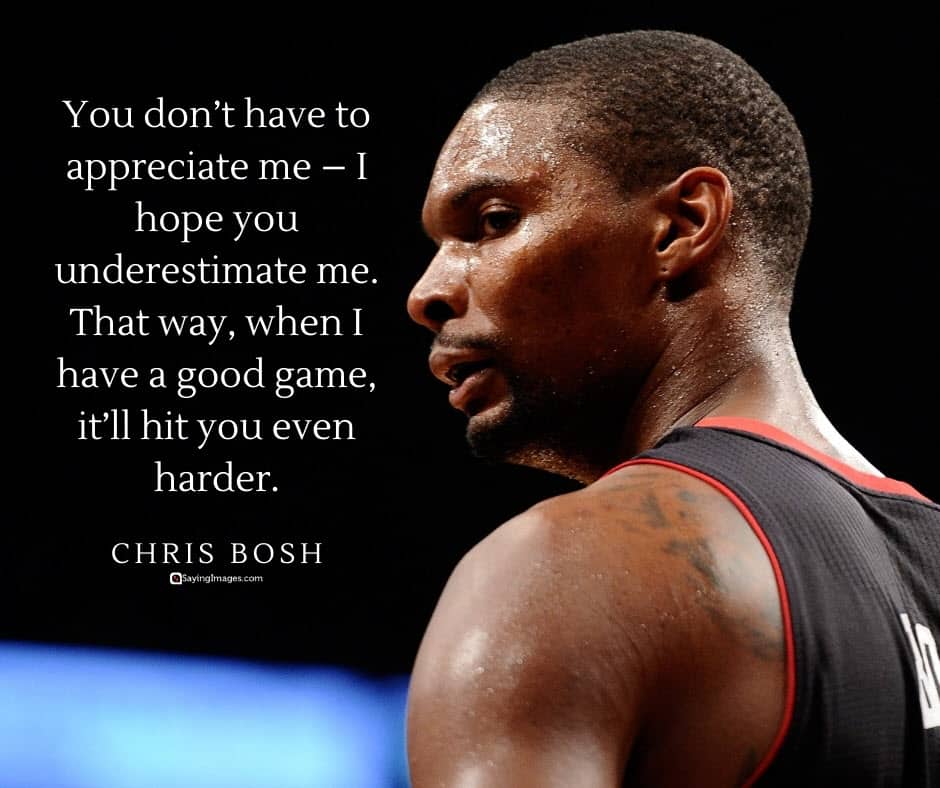 Never underestimate the power of dreams and the influence of the human spirit. We are all the same in this notion: The potential for greatness lives within each of us. – Wilma Rudolph

Do not underestimate the determination of a quiet man. – Iain Duncan Smith 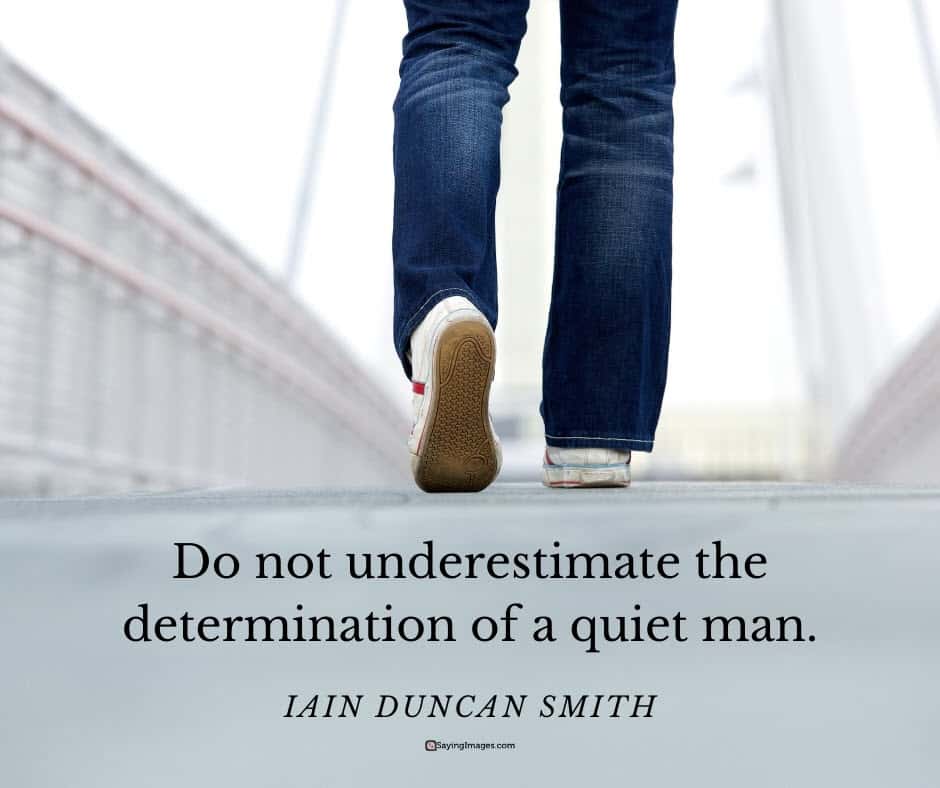 A woman should never underestimate the power of the child in the man. Sometimes the child seems to be in the driver’s seat at the very moment when all a man’s adult judgment and insight is needed. – Joyce Brothers

Don’t underestimate your worth by comparing yourself with others. – Jaachynma N.E. Agu 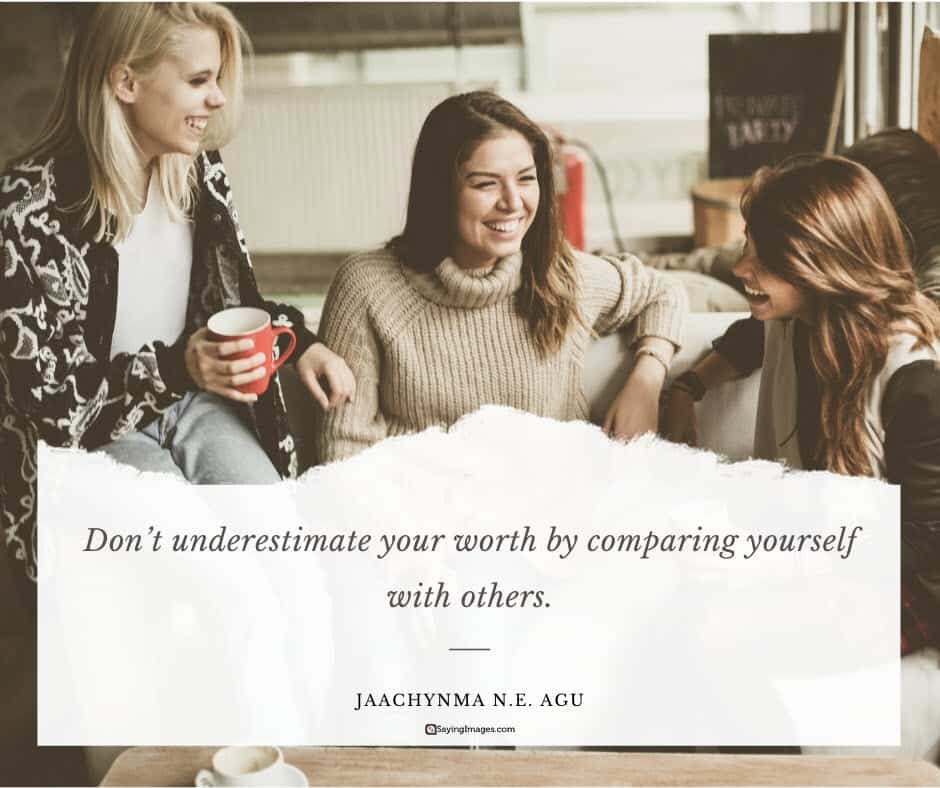 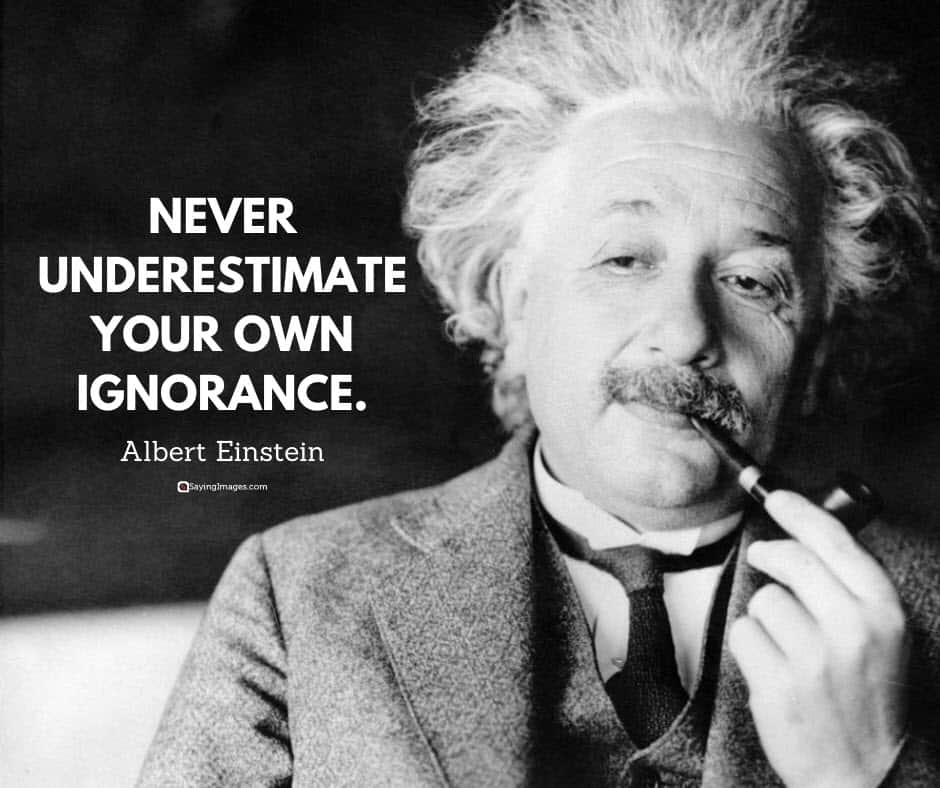 Don’t underestimate yourself. You are capable of more than you can ever imagine. – Les Brown

Don’t underestimate your opponent, but don’t overestimate them, either. – Nancy Pelosi 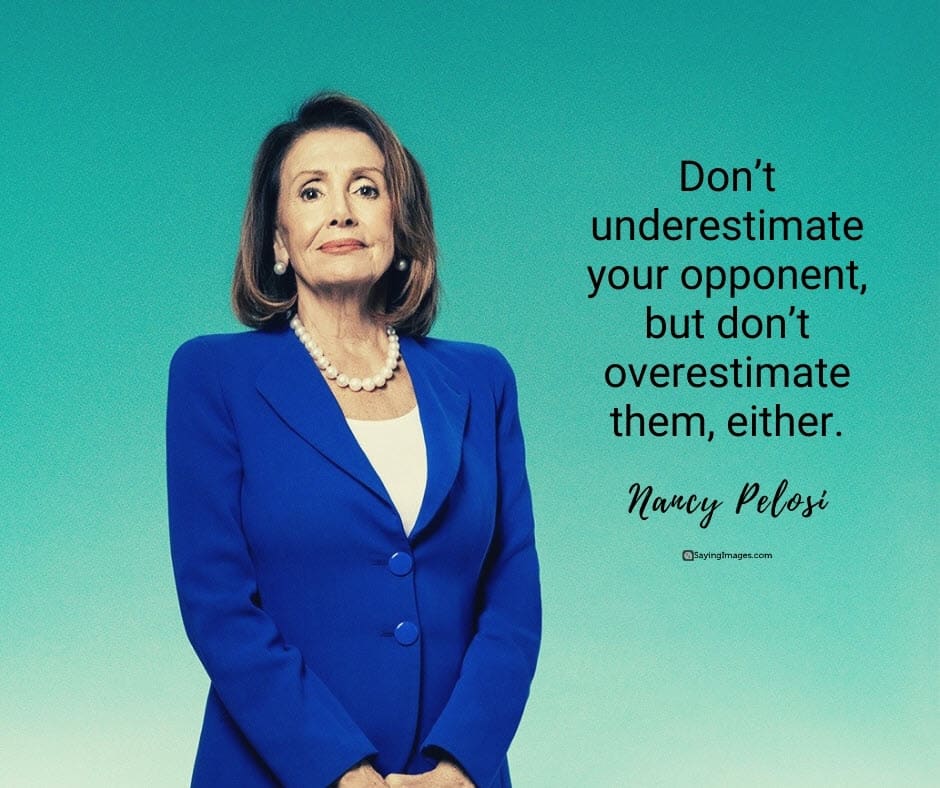 I never gave up, even when people told me I’d never make it; Never underestimate the heart of a champion. – Kai Greene

People underestimate their capacity for change. There is never a right time to do a difficult thing. – John Porter 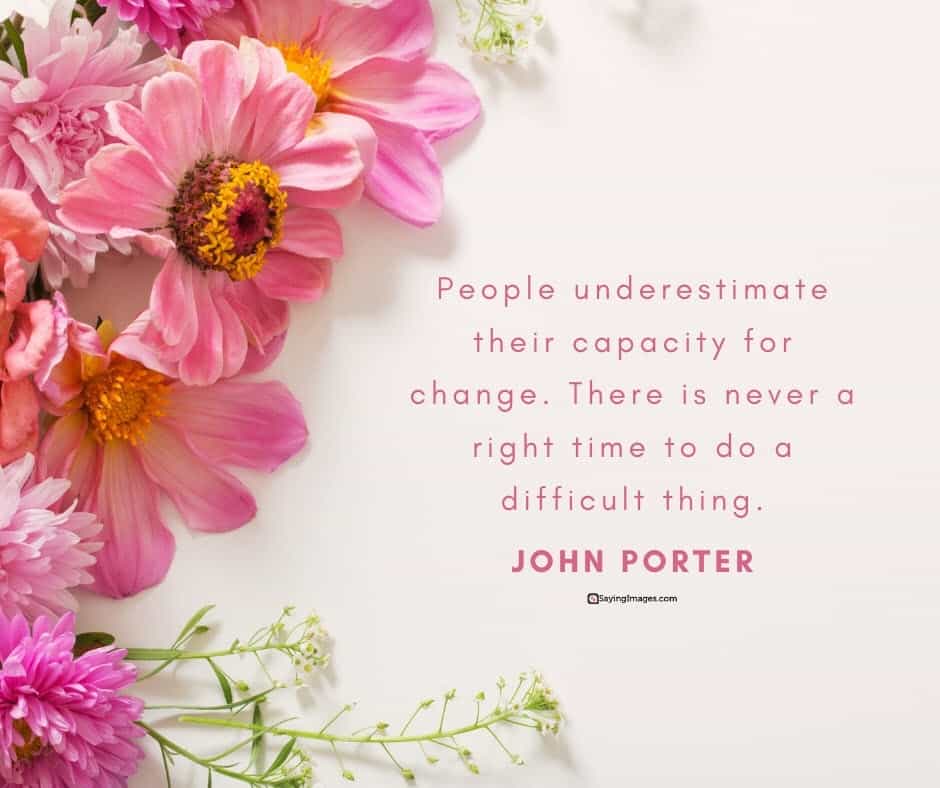 We cannot control the way people interpret our ideas or thoughts, but we can control the words and tones we choose to convey them. Peace is built on understanding, and wars are built on misunderstandings. Never underestimate the power of a single word, and never recklessly throw around words. One wrong word, or misinterpreted word, can change the meaning of an entire sentence – and even start a war. And one right word, or one kind word, can grant you the heavens and open doors. – Suzy Kassem

Never underestimate your problem or your ability to deal with it. – Robert H. Schuller 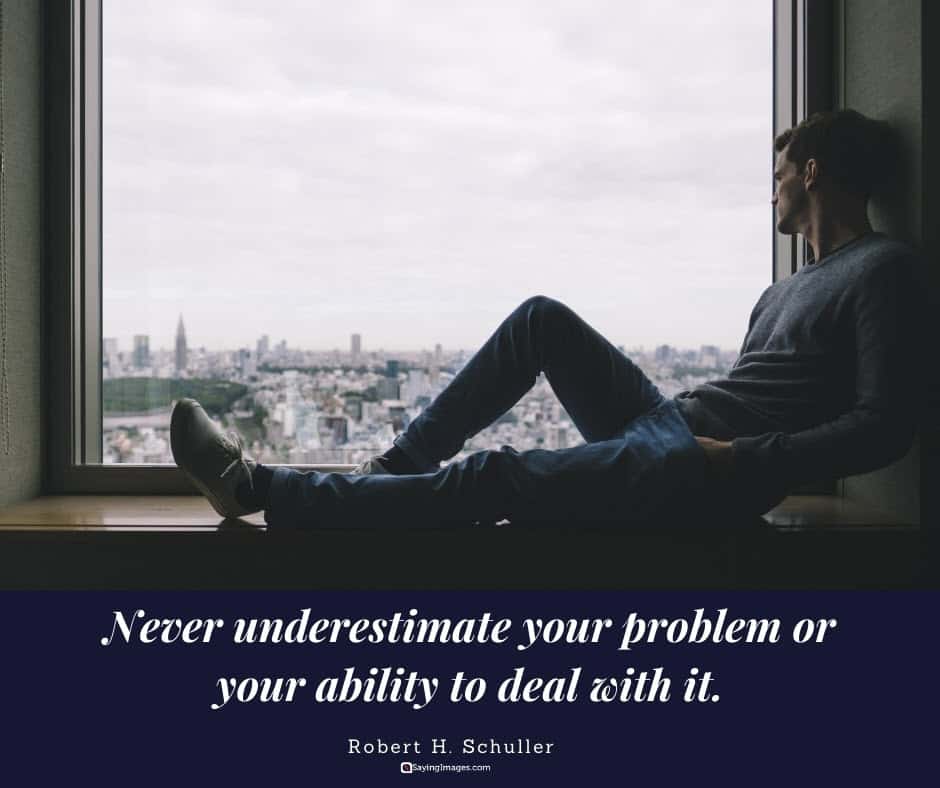 But you are the average of the five people you associate with most, so do not underestimate the effects of your pessimistic, unambitious, or disorganized friends. If someone isn’t making you stronger, they’re making you weaker. – Tim Ferriss

Share these 20 underestimate quotes encouraging your loved ones to work harder on their dreams.