Nothing can ever be achieved without hard work and persistence. Feel like giving up? These Tiger Woods quotes may change your mind.

American professional golfer Tiger Woods was born on December 30, 1975. Starting with his amateur golf career, Woods turned professional in 1996 when he was 20. The following year, he had won three PGA Tour events. In a record-breaking performance, he had also won the 1997 Masters. Later that year, he reached the coveted top spot in the world rankings, only months after becoming a pro.

Woods has since been a widely known figure in golf. For about a decade starting from the late ’90s to the early 2010s, he was the top-ranked golfer in the world. Winning major golf championships throughout the years, Woods has established himself as one of the greatest golfers in the history of the sport.

Following his hiatus to resolve personal problems, Woods dropped to Number 58 in the world rankings in November 2011. He regained his top 1 ranking between March 2013 and May 2014. However, injuries led him to undergo four back surgeries between 2014 and 2017. As a result, he disappeared from the world rankings. In 2018, he started competing again, ultimately winning the 2019 Masters.

Tiger Woods had a taste of glory, something he worked hard for. But after a series of personal struggles and injuries, he almost lost it. That didn’t make him stop, though. Despite all the great obstacles hurled at him, he learned and persisted. Just this year, he was awarded the Presidential Medal of Freedom.

Here are 30 Tiger Woods quotes to live by.

You know, all the nay-sayers said that I was doing the wrong things. They can understand why now I made those changes. – Tiger Woods

One of the things that my parents have taught me is never listen to other people’s expectations. You should live your own life and live up to your own expectations, and those are the only things I really care about it. – Tiger Woods

Winning is not always the barometer of getting better. – Tiger Woods

My dad has always taught me these words: care and share. That’s why we put on clinics. The only thing I can do is try to give back. If it works, it works. – Tiger Woods

I get to play golf for a living. What more can you ask for – getting paid for doing what you love. – Tiger Woods

You’ve got to stay patient, stay in the moment, keep grinding… You never know what can happen. And it turned out well. – Tiger Woods

The joy I get from winning a major championship doesn’t even compare to the feeling I get when a kid writes a letter saying: ‘Thank you so much. You have changed my life.’ – Tiger Woods

And I don’t cook, either. Not as long as they still deliver pizza. – Tiger Woods

I like to pick my causes and not be forced into doing something. – Tiger Woods

You can play from the wrong position for a long time with good hands, but eventually, it’s going to catch up with you. – Tiger Woods

I’m aware if I’m playing at my best I’m tough to beat, and I enjoy that. – Tiger Woods

I love to compete. That’s the essence of who I am. – Tiger Woods

Money and fame made me believe I was entitled. I was wrong and foolish. – Tiger Woods

The greatest thing about tomorrow is I will be better than I am today. – Tiger Woods

Golf is a great way for someone to learn discipline, responsibility, and sportsmanship. – Tiger Woods

It’s been a lot of fun to see some fruits of my hard labour. – Tiger Woods

I’ve always known where I wanted to go in life. – Tiger Woods

You have to look at the past in order to learn from it and move on. – Tiger Woods

As you all know, I’m kind of a perfectionist. – Tiger Woods

There’s no sense in going to a tournament if you don’t believe that you can win it. And that is the belief I have always had, and that is not going to change. – Tiger Woods

My main focus is on my game. – Tiger Woods

No matter how good you get you can always get better and that’s the exciting part. – Tiger Woods

The only thing you can do is take a learning experience from it, positives and negatives, and apply them to the future. What did you do right, what did you do wrong, and I did a lot of things right this week. – Tiger Woods

The only reason I enter an event is to win. – Tiger Woods

I smile at obstacles. – Tiger Woods

I’ve exceeded a few of my goals, but I’m behind on a couple of others. – Tiger Woods

My will can move mountains. – Tiger Woods

I’m trying as hard as I can, and sometimes things don’t go your way, and that’s the way things go. – Tiger Woods

It will always be the ball and me. – Tiger Woods

Share these 30 Tiger Woods quotes to spread words of strength and persistence.

30 Salvador Dali Quotes: The Beauty of the Bizarre 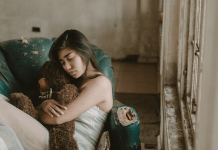 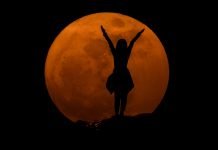 20 Batman Quotes: The Knight Is Dark But At Least There’s Payback