Being assertive isn’t the easiest thing to do. When you are so used to agreeing to what everyone says and doing what other people tell you to do, you’ll have to work on changing the way you think before you can stand up for yourself.

Changing your mindset, however, doesn’t happen overnight. It’s something you have to work on slowly and steadily. It can take weeks, months or even years but as long as you’re committed to making positive changes, you’ll make that happen.

And to help you on your journey, here are some of the most awesome stand up quotes you can use for motivation.

Everything is a learning process: any time you fall over, it’s just teaching you to stand up the next time. – Joel Edgerton

Sometimes it just feels so amazing to finally stand up for yourself. I highly recommend it. Life is too short to be taken for granted. – Demi Lovato 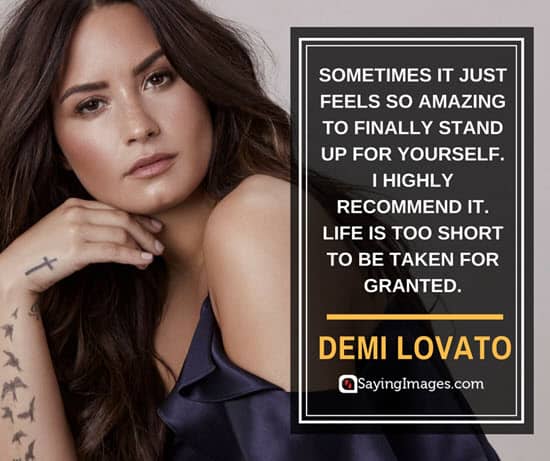 To me, bravery is to stand up for what you believe in. – Sophie Turner

It’s really important to stand up for yourself and not always agree with what people say if indeed you don’t feel that that’s true. – Lily Collins 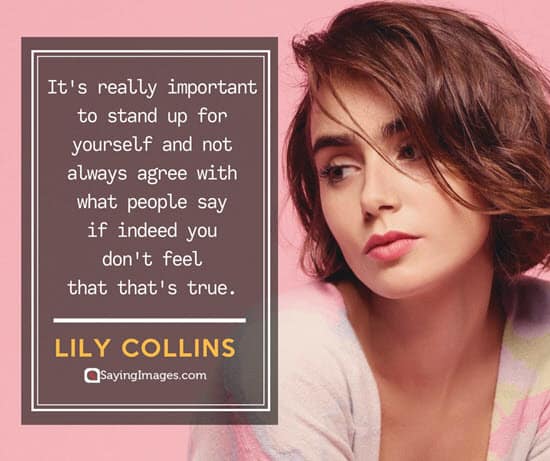 Stand up and face your fears, or they will defeat you. – LL Cool J 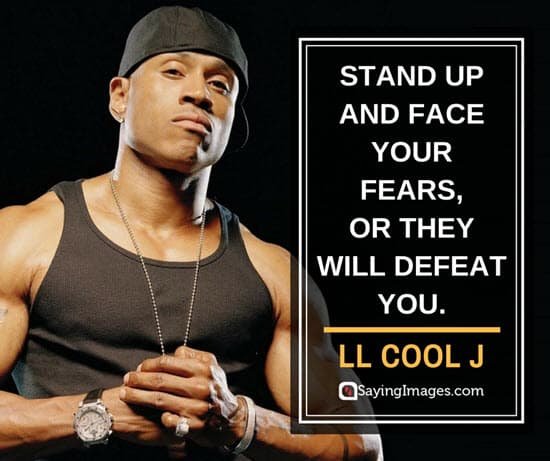 You have two choices. you can keep running and hiding and blaming the world for your problems, or you can stand up for yourself and decide to be somebody important. – Sidney Sheldon 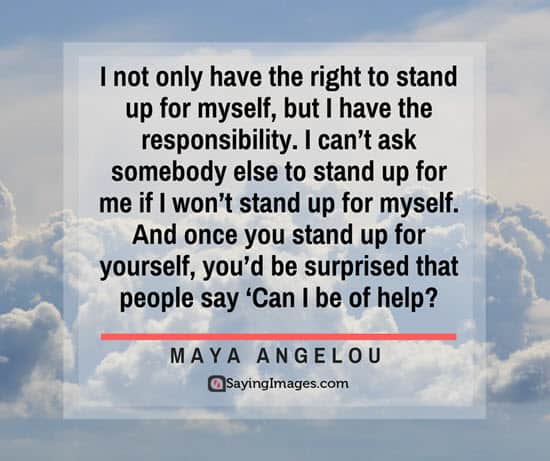 That’s what we were told—stand up for yourself. But that’s hard to do if you don’t know who you are. – Shane Koyczan

I believe that if you’ll just stand up and go, life will open up for you. – Tina Turner 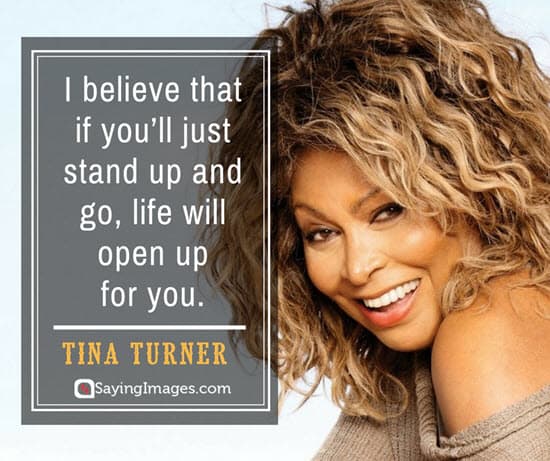 No change can come if those who are impacted the most by discrimination are not willing to stand up for themselves. – Zainab Salbi

If you fell down yesterday, stand up today. – H.G. Wells 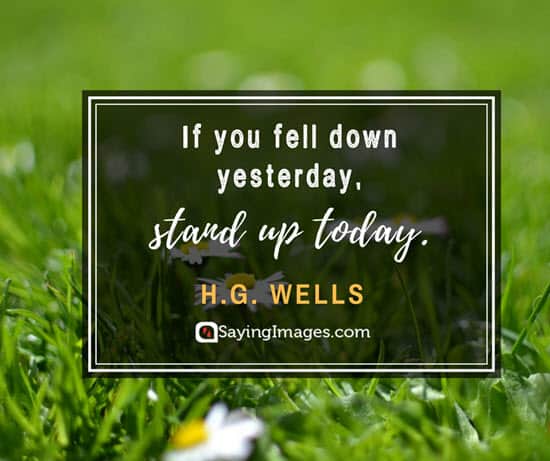 When you stand for something, you’ve got to stand for it all the way, not half way. – Kevin Gates

Stay strong. Stand up. Have a voice. – Shawn Johnson 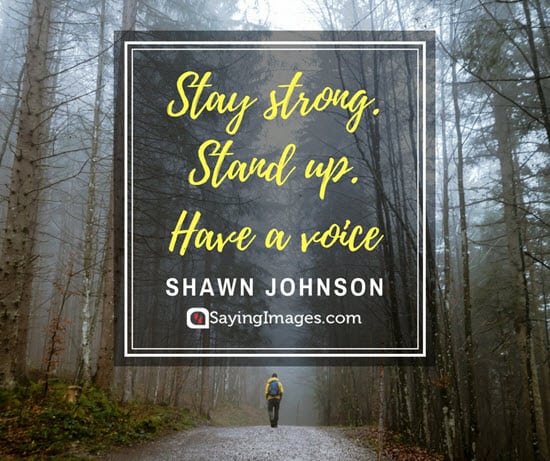 Be different, stand out, and work your butt off. – Reba McEntire 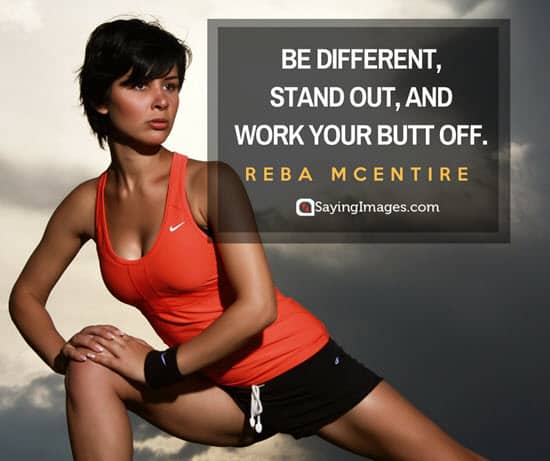 Whenever one person stands up and says, ‘Wait a minute, this is wrong,’ it helps other people do the same. – Gloria Steinem 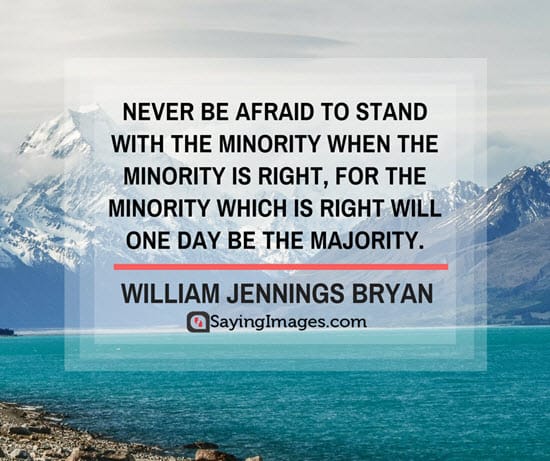 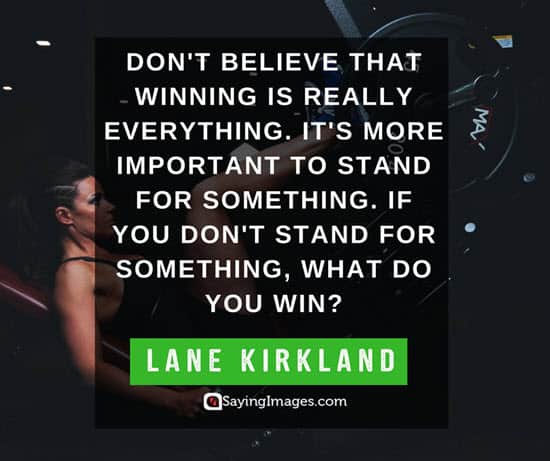 Don’t forget to share these stand up quotes with everyone you know.