For Star Trek fans, Spock needs no introduction. He’s one of the three main characters in the Star Trek franchise, along with Captain James T. Kirk and Dr. Leonard McCoy. For decades, Spock has served as the voice of reason in Star Trek. Being a half human and a half Vulcan, his beliefs and observations make for compelling philosophical reflections.

A science officer, Spock even inspired budding scientists and engineers during the “Spockmania” in the ’60s. From his now iconic Vulcan salute to his unforgettable dialogues that have since become words to live by, Spock remains one of the greatest fictional characters.

Here are 20 Spock quotes exploring important truths in this world and beyond.

When you eliminate the impossible, whatever remains, however improbable, must be the truth. – Spock, Star Trek VI: The Undiscovered Country, 1991

I have never understood the female capacity to avoid a direct answer to any question. – Spock, Star Trek, Season 1, Episode 24 (“This Side of Paradise,” 1967) 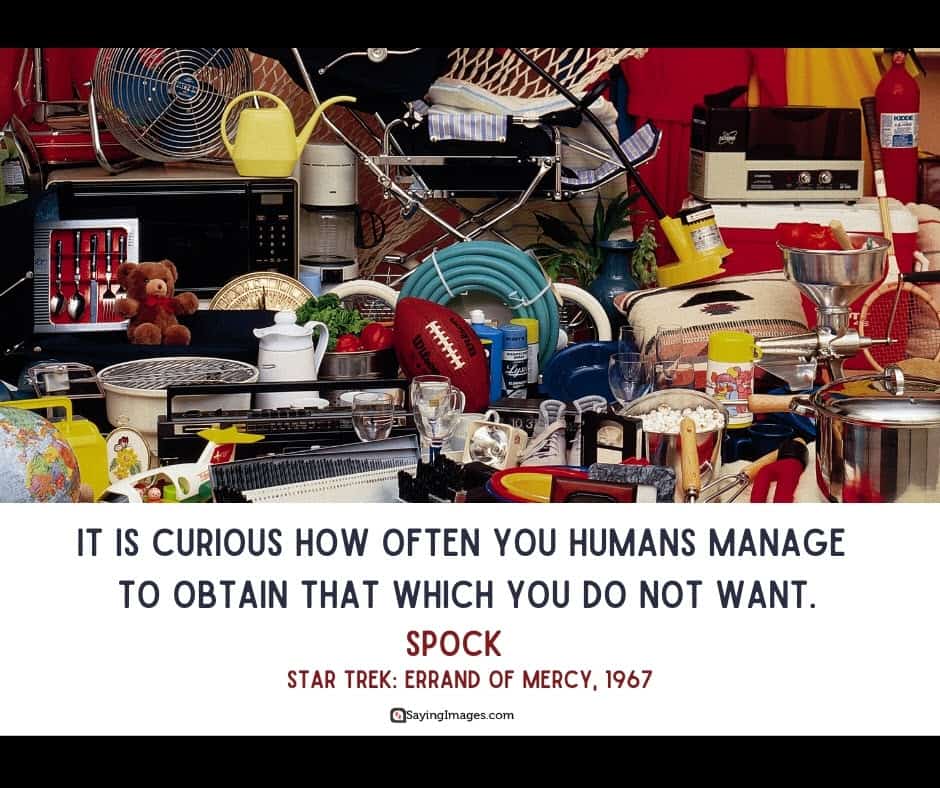 Computers make excellent and efficient servants, but I have no wish to serve under them. – Spock, Star Trek, Season 2, Episode 24 (“The Ultimate Computer,” 1968) 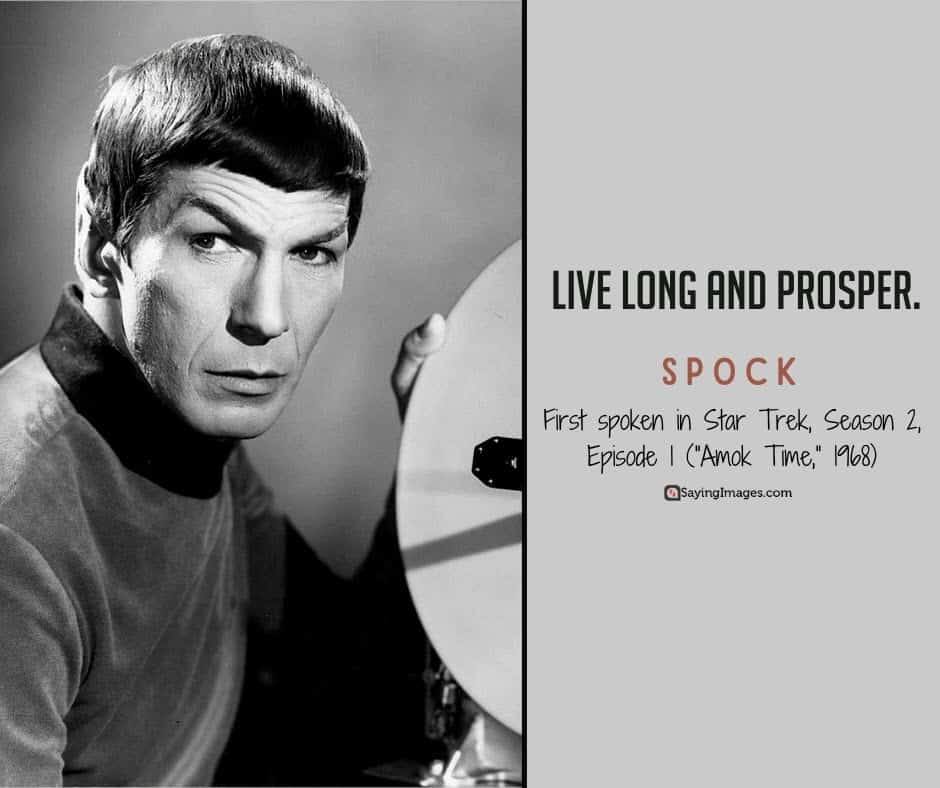 I realize that command does have its fascination, even under circumstances such as these, but I neither enjoy the idea of command nor am I frightened of it. It simply exists, and I will do whatever logically needs to be done. – Spock, Star Trek, Season 1, Episode 16 (“The Galileo Seven,” 1967) 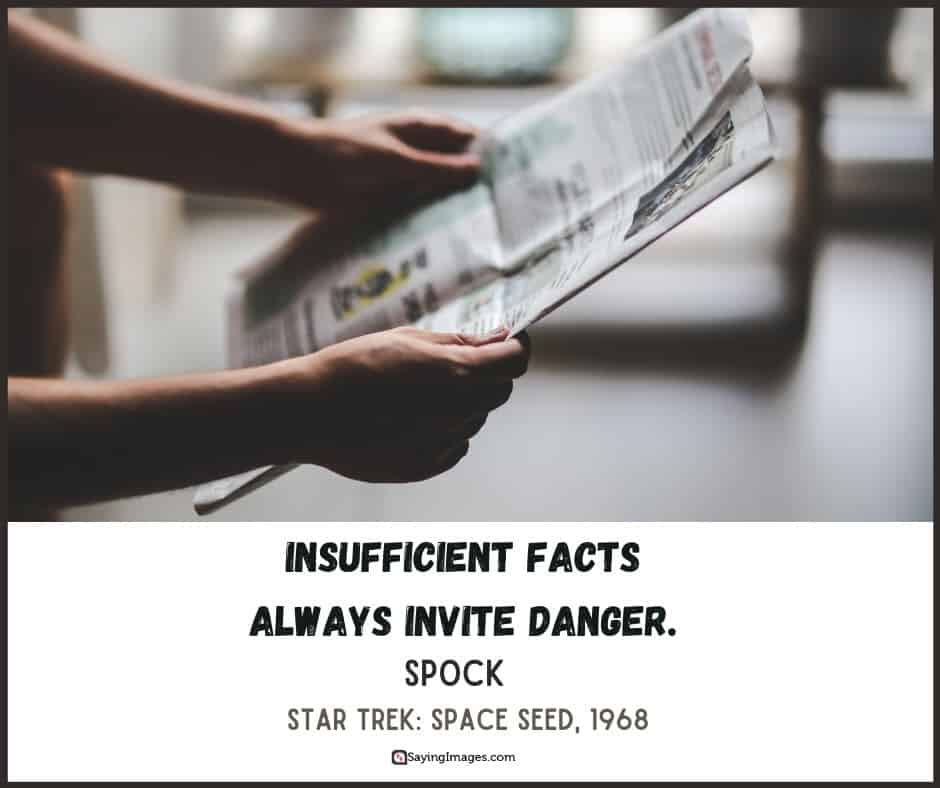 Fascinating is a word I use for the unexpected, in this case I would think interesting would suffice. – Spock, Star Trek, Season 1, Episode 17 (“The Squire of Gothos,” 1967)

After a time, you may find that having is not so pleasing a thing after all as wanting. It is not logical, but is often true. – Spock, Star Trek, Season 2, Episode 1 (“Amok Time,” 1968) 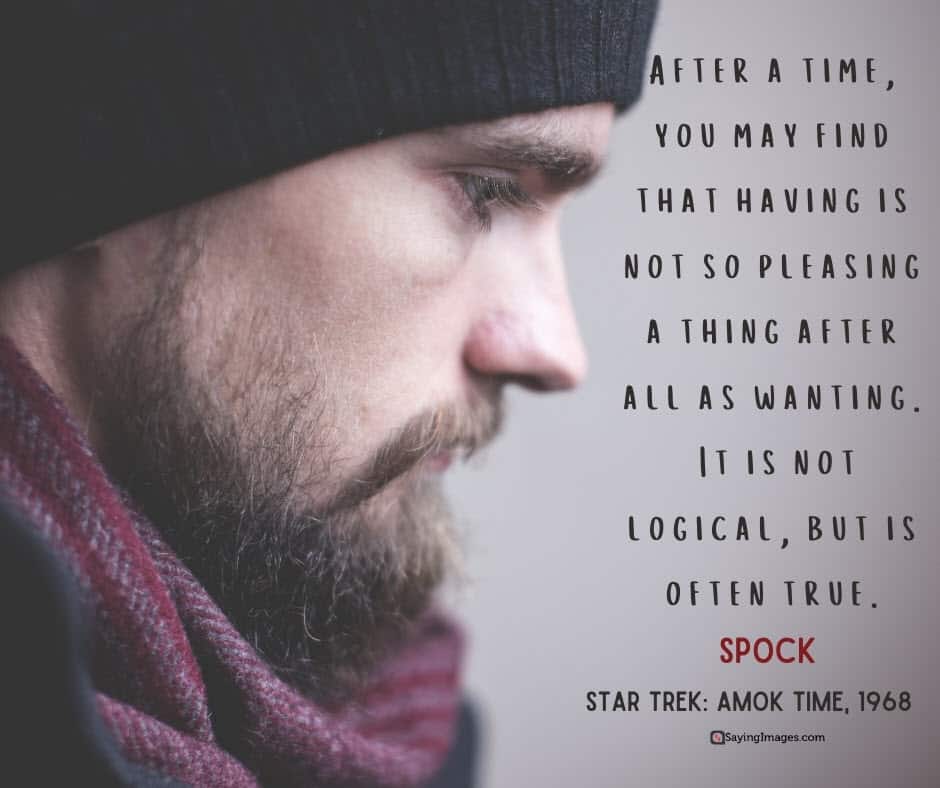 You find it easier to understand the death of one than the death of a million. You speak about the objective hardness of the Vulcan heart, yet how little room there seems to be in yours. – Spock, Star Trek, Season 2, Episode 18 (“The Immunity Syndrome,” 1968)

I could not deprive you of the revelation of all that you could accomplish together, of a friendship that will define you both in ways you cannot yet realize. – Spock, Star Trek, 2009 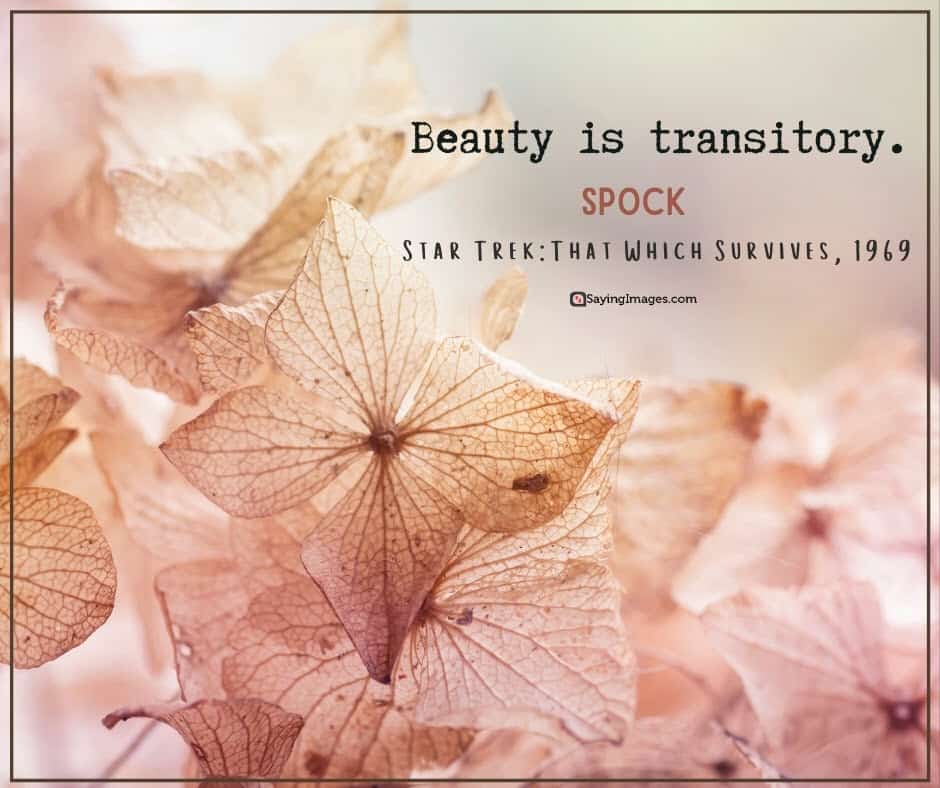 One can begin to reshape the landscape with a single flower, Captain. – Spock, Star Trek: The Next Generation, Season 5, Episode 8 (“Unification II,” 1991) 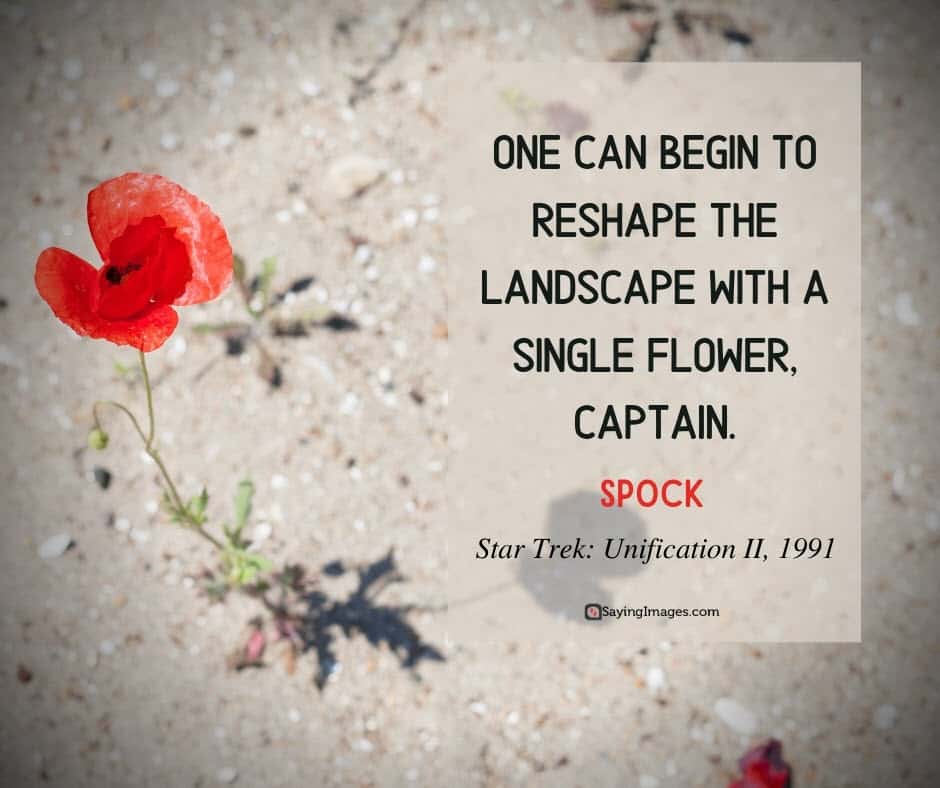 If I were human I believe my response would be ‘go to hell’. If I were human. – Spock, Star Trek VI: The Undiscovered Country, 1991

I have been and always shall be your friend. – Spock, Star Trek II: The Wrath of Khan, 1982 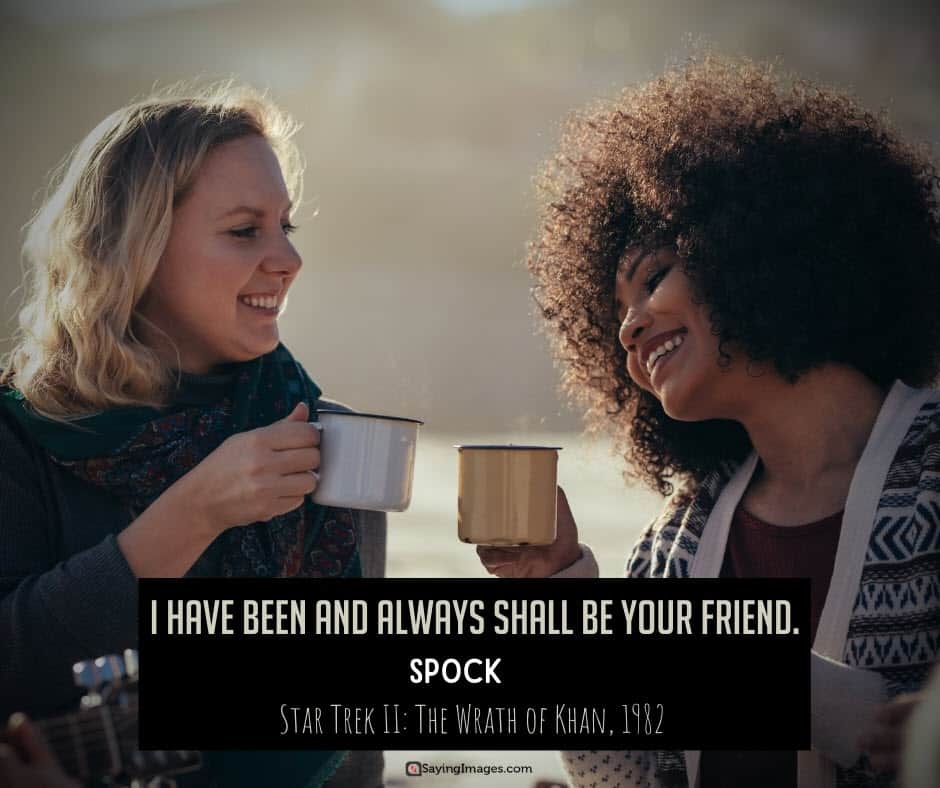 Change is the essential process of all existence. – Spock, Star Trek, Season 3, Episode 15 (“Let That Be Your Last Battlefield,” 1969)

Share these 20 Spock quotes with all your Star Trek fan friends.