Sherlock Holmes is a legend in the literary world. His power of deduction and reasoning makes for suspenseful and engaging plots. His penchant for sarcasms delivers unexpected humor and his brutal honesty is just as satisfying. The character itself already drives stories in remarkable ways that plot twists are really just the cherry on top of the cake.

Created by British author Sir Arthur Conan Doyle, Sherlock Holmes first appeared in print in 1887 with A Study in Scarlet. Most of the stories happened during the Victorian or Edwardian era and are narrated by our favorite sidekick Dr. Watson. Their tandem, which hinges on their tenacity to uncover mysteries, eventual friendship, and constant bickering and banter, is one of literature’s greatest. Together, they make 221B Baker Street the coolest street in the world.

The stories may be old but they continue to delight new generation of audiences, especially with the latest BBC television adaptation starring Benedict Cumberbatch. This unforgettable detective is apparently heavily ingrained in our culture and fancy. In fact, Sherlock Holmes is the most portrayed literary character in film and TV according to the Guinness World Records.

Below is a collection of 22 Sherlock Holmes quotes that are both profound and entertaining.

The world is full of obvious things which nobody by any chance ever observes. – Sherlock Holmes

There is no one who knows the higher criminal world of London so well as I do. – Sherlock Holmes 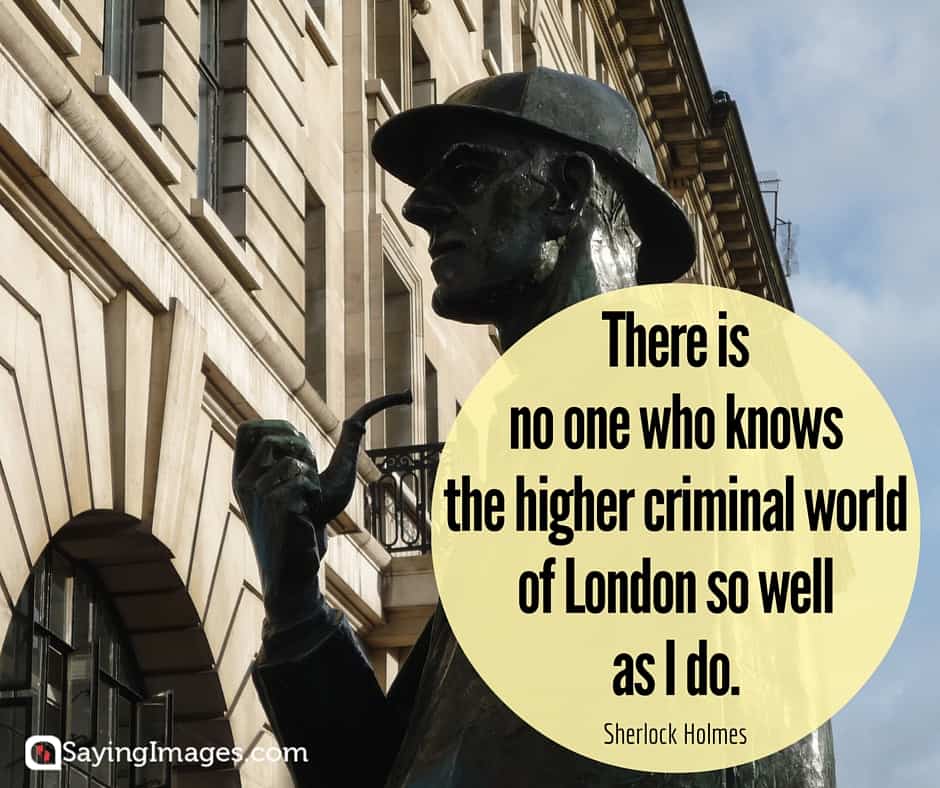 It is a capital mistake to theorize in advance of the facts. Insensibly one begins to twist facts to suit theories instead of theories to suit facts. – Sherlock Holmes 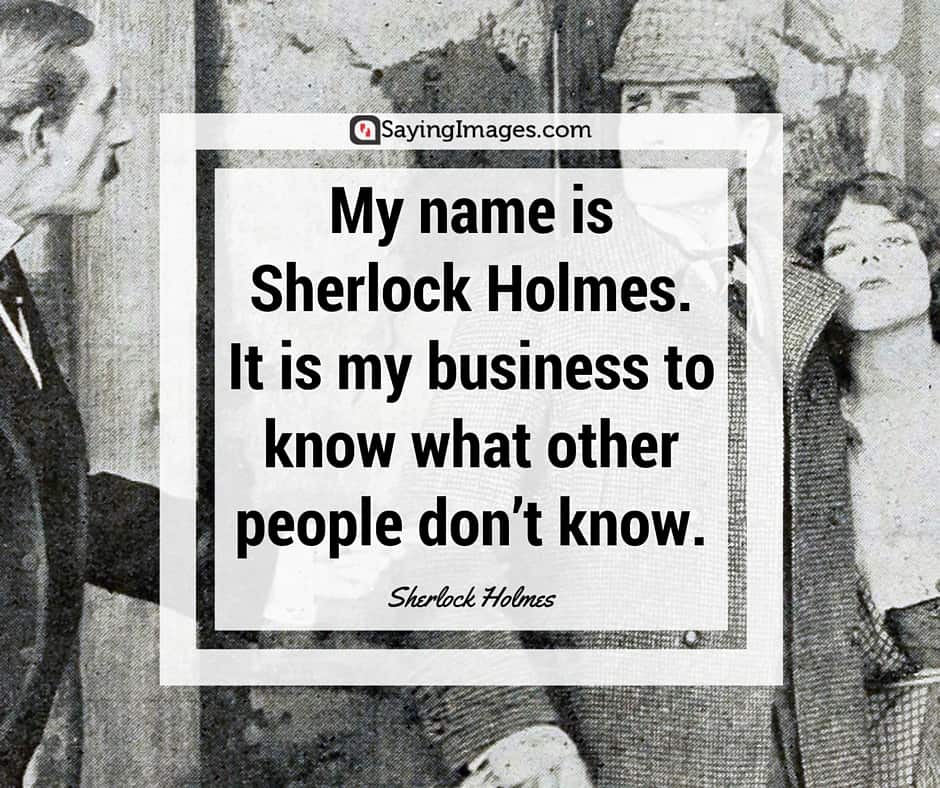 There is nothing more deceptive than an obvious fact. – Sherlock Holmes

I trust that age doth not wither nor custom stale my infinite variety. – Sherlock Holmes

Never trust to general impressions, my boy, but concentrate yourself upon details. – Sherlock Holmes 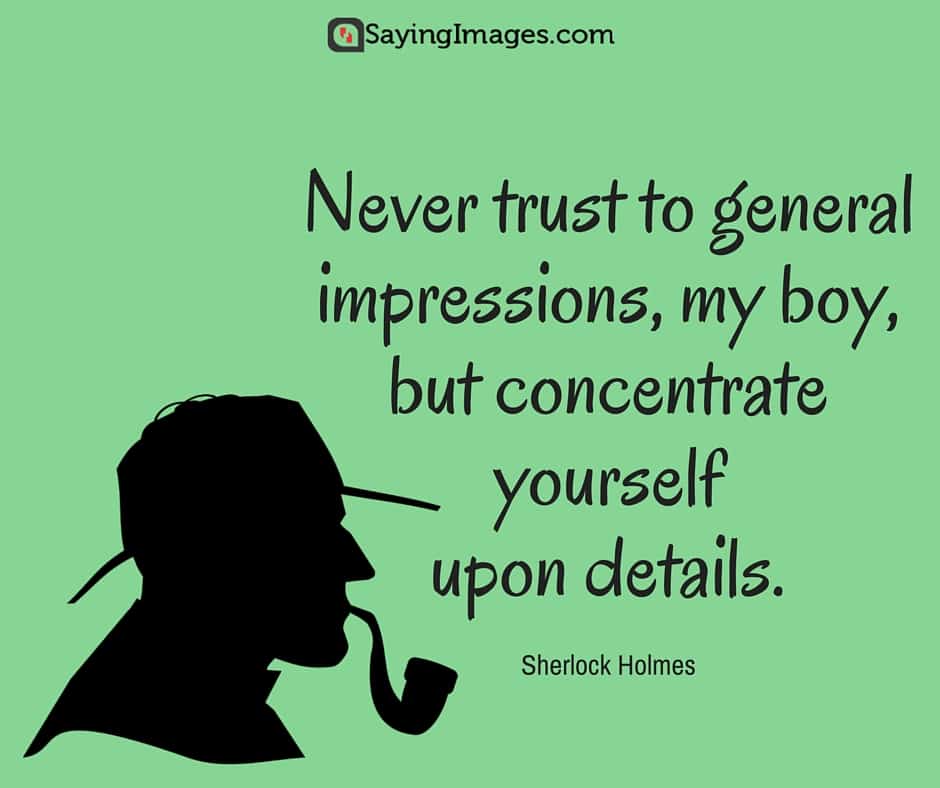 Come at once if convenient — if inconvenient come all the same. – Sherlock Holmes

Education never ends, Watson. It is a series of lessons with the greatest for the last. – Sherlock Holmes

Mediocrity knows nothing higher than itself; but talent instantly recognizes genius. – Sherlock Holmes 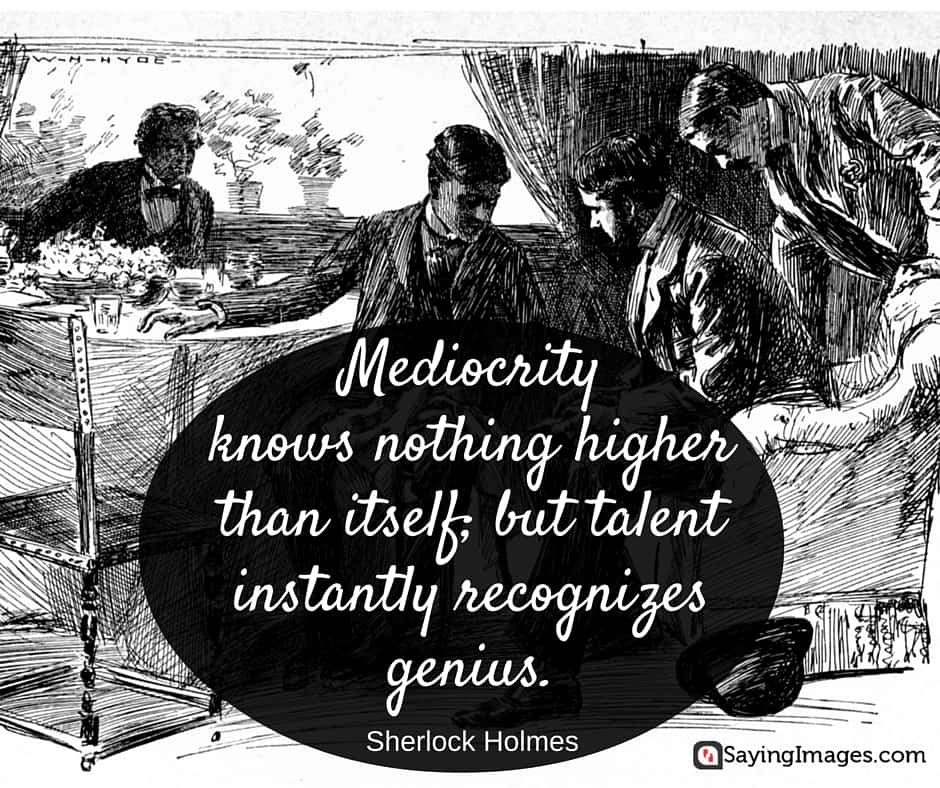 We balance probabilities and choose the most likely. It is the scientific use of the imagination. – Sherlock Holmes

There can be no question, my dear Watson, of the value of exercise before breakfast. – Sherlock Holmes 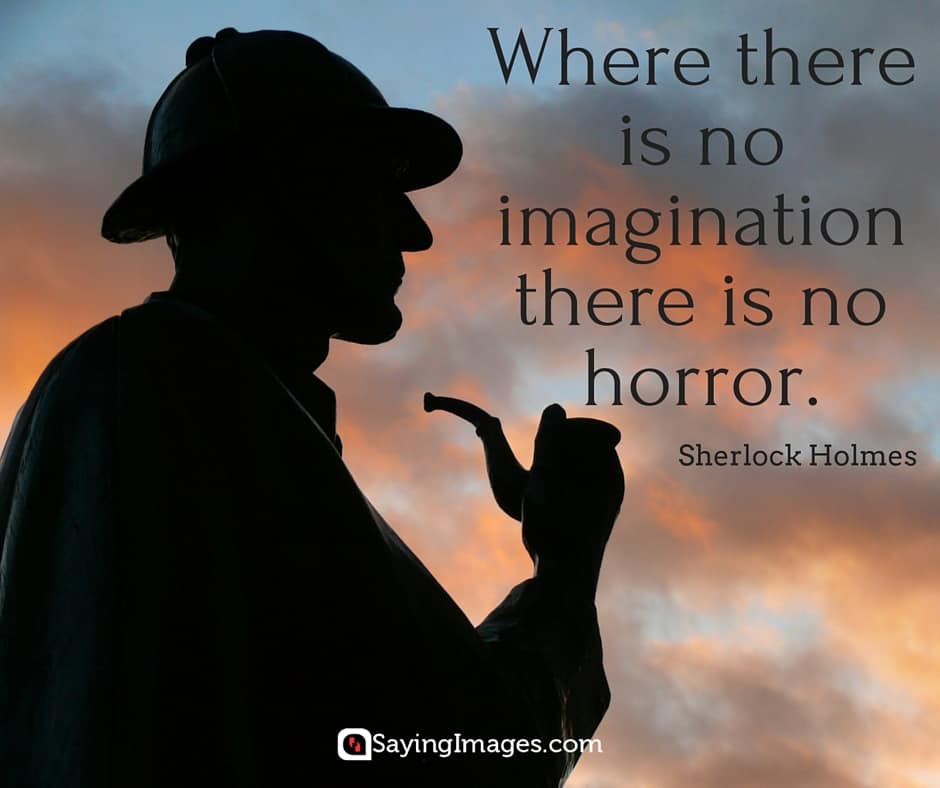 It has long been an axiom of mine that the little things are infinitely the most important. – Sherlock Holmes

How often have I said that when you have excluded the impossible whatever remains, however improbable, must be the truth. – Sherlock Holmes

There is nothing more stimulating than a case where everything goes against you. – Sherlock Holmes 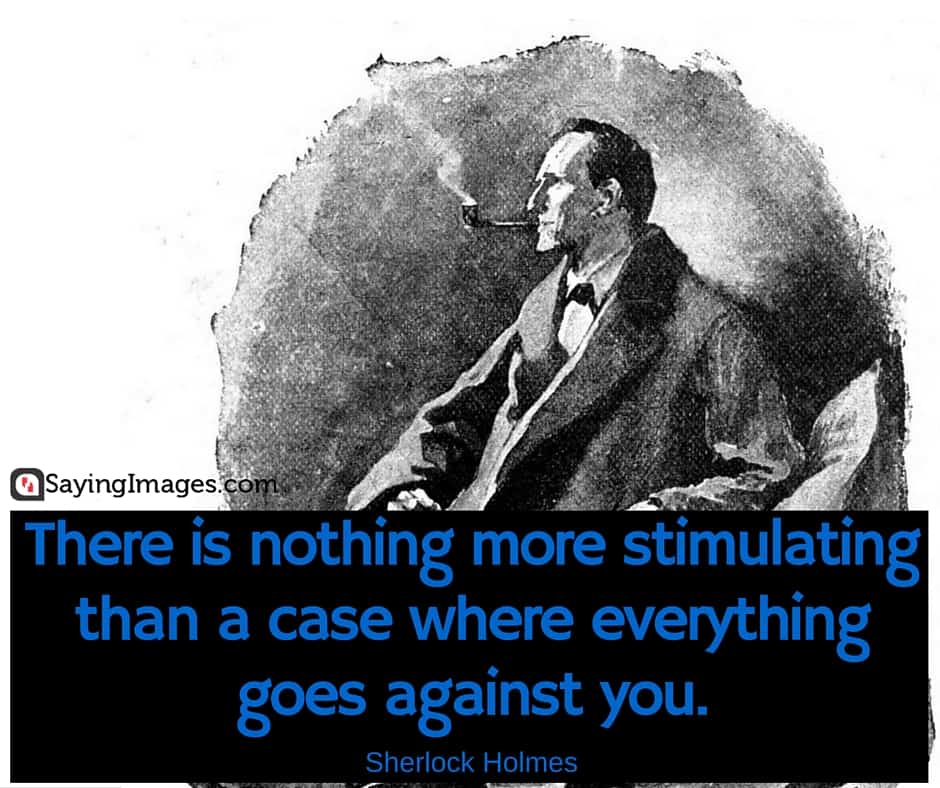 Work is the best antidote to sorrow, my dear Watson. – Sherlock Holmes

No man lives or has ever lived who has brought the same amount of study and of natural talent to the detection of crime which I have done. – Sherlock Holmes

What one man can invent, another can discover. – Sherlock Holmes 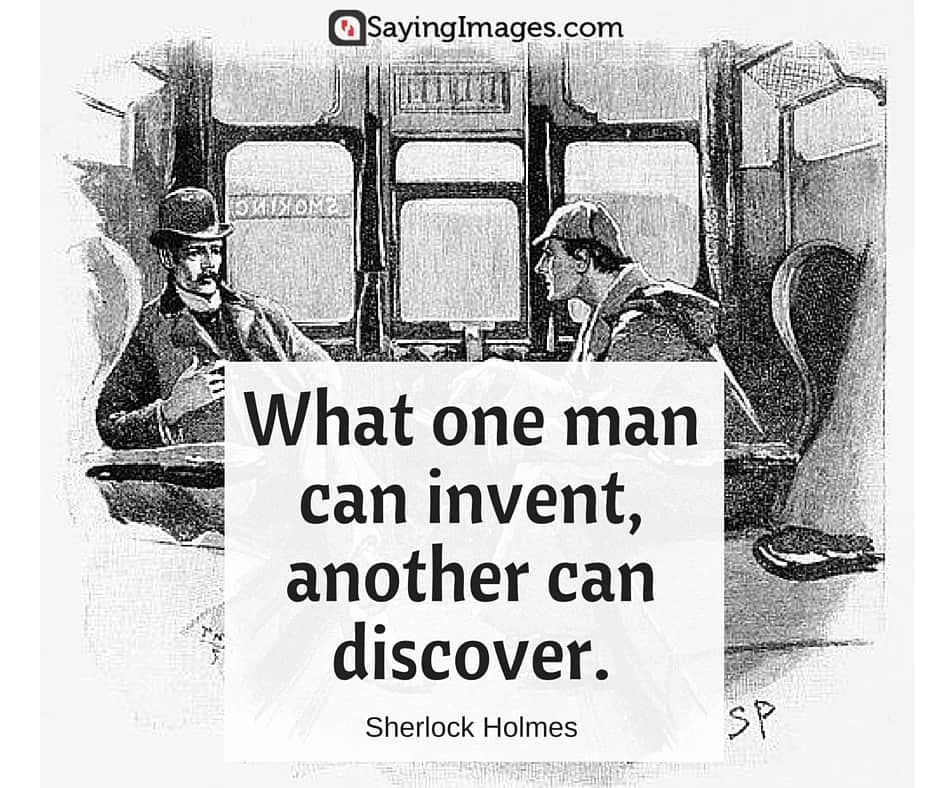 I never guess. It is a shocking habit – destructive to the logical faculty. – Sherlock Holmes

The chief proof of man’s real greatness lies in his perception of his own smallness. – Sherlock Holmes

Fuel your love of mysteries with these 22 Sherlock Holmes quotes you can share on social media.

30 Losing Someone Quotes: To Love is to Grieve

30 Pet Memes Guaranteed To Give You A Good Laugh