If you need a solid source of inspiration, these Ronald Reagan quotes are exactly what you hope for.

Born on February 6, 1911, Ronald Reagan was the 40th president of the United States. He served from 1981 to 1989. Prior to his political career, he was first a Hollywood actor and union leader. He ultimately entered politics and was elected governor of California in 1966.

Reagan came from a poor family, working as a sports announcer and actor during his younger years. In the 1960s, he garnered national attention after he presented the now notable speech, “A Time for Choosing”  during the 1964 US presidential election campaign. This substantially supported his eventual rise to political power. In his first term as president, he survived an assassination attempt. Overall, America flourished during his two-term leadership.

Even after leaving the office, he held a high rating matching that of Franklin D. Roosevelt. His tenure as president is often considered as one of the greatest, being perceived favorably in historical rankings of US presidents.

From being a complete unknown to one of the finest presidents, these Ronald Reagan quotes might be the only thing you need to keep on striving.

There are no great limits to growth because there are no limits of human intelligence, imagination, and wonder. – Ronald Reagan

We can’t help everyone but everyone can help someone. – Ronald Reagan

There is no limit to the amount of good you can do if you don’t care who gets the credit. – Ronald Reagan

The most terrifying words in the English language are: I’m from the government and I’m here to help. – Ronald Reagan

Politics is not a bad profession. If you succeed there are many rewards, if you disgrace yourself you can always write a book. – Ronald Reagan

You can tell a lot about a fellow’s character by his way of eating jellybeans. – Ronald Reagan

I know in my heart that man is good, that what is right will always eventually triumph, and there is purpose and worth to each and every life. – Ronald Reagan

All great change in America begins at the dinner table. – Ronald Reagan

Heroes may not be braver than anyone else. They’re just braver 5 minutes longer. – Ronald Reagan

Some people spend an entire lifetime wondering if they made a difference in the world. But, the Marines don’t have that problem. – Ronald Reagan

It’s true hard work never killed anybody, but I figure, why take the chance? – Ronald Reagan

Freedom prospers when religion is vibrant and the rule of law under God is acknowledged. – Ronald Reagan

The future doesn’t belong to the fainthearted; it belongs to the brave. – Ronald Reagan

Peace is not absence of conflict, it is the ability to handle conflict by peaceful means. – Ronald Reagan

There are no constraints on the human mind, no walls around the human spirit, no barriers to our progress except those we ourselves erect. – Ronald Reagan

I’ve noticed that everyone who is for abortion has already been born. – Ronald Reagan

Don’t be afraid to see what you see. – Ronald Reagan

If we ever forget that we’re one nation under God, then we will be one nation gone under. – Ronald Reagan

It has been said that politics is the second oldest profession. I have learned that it bears a striking resemblance to the first. – Ronald Reagan

Life is one grand, sweet song, so start the music. – Ronald Reagan

Governments tend not to solve problems, only to rearrange them. – Ronald Reagan

When you can’t make them see the light, make them feel the heat. – Ronald Reagan

But there are advantages to being elected President. The day after I was elected, I had my high school grades classified Top Secret. – Ronald Reagan

Government’s first duty is to protect the people, not run their lives. – Ronald Reagan

Make sure to share these Ronald Reagan Quotes with your colleagues for empowerment and inspiration. 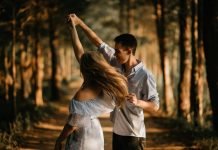 New Love Quotes: Love is a Marvelous Leap of Faith

20 Power Memes You Won’t Be Able To Ignore