Are you ready for these Robert Mugabe quotes?

Robert Mugabe is called Africa’s oldest leader. Since 1980 when Zimbabwe finally gained independence from Britain, Robert Mugabe has been the sole leader of this country.

As a political and public figure, Mugabe invokes controversy and divisiveness. For some, he is considered the revolutionary hero who helped liberate Zimbabwe from British and white-minority rule. He has also been elected time and time again.

For others though, rather than a hero, he is a dictator with allegations of corruption and continuous violation of human rights.

Depending on whichever side you’re on, you’ll find these Robert Mugabe quotes either funny and inspiring, or exasperating and preposterous.

Check out his quotes and anecdotes and tell us what you think.

The only white man you can trust is a dead white man. – Robert Mugabe

We are not hungry… Why foist this food upon us? We don’t want to be choked. We have enough. – Robert Mugabe 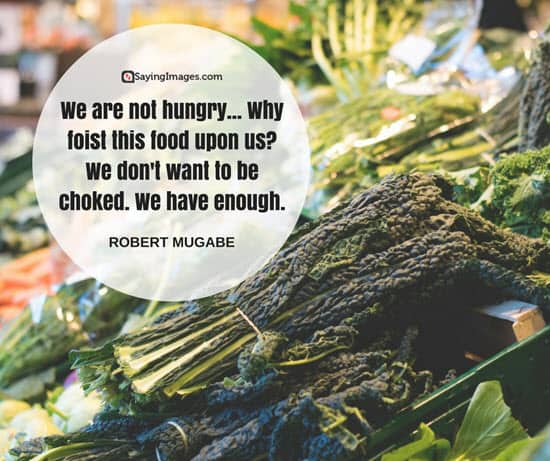 Was it not enough punishment and suffering in history that we were uprooted and made helpless slaves not only in new colonial outposts but also domestically. – Robert Mugabe

Our party must continue to strike fear in the heart of the white man, our real enemy! – Robert Mugabe 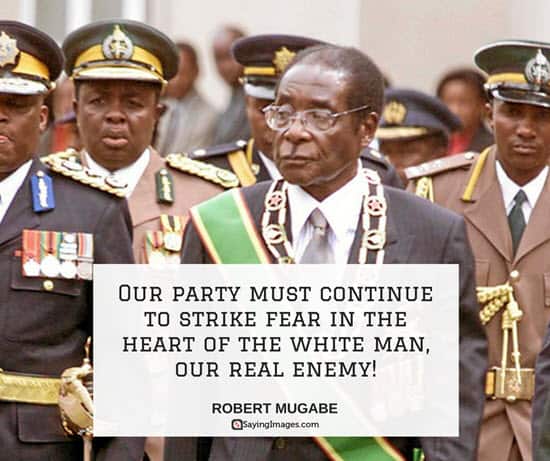 True, some land was bought by a few Cabinet Ministers. They bought the land. No minister, to my knowledge acquired land which was meant for resettlement. – Robert Mugabe

If President Barack Obama wants me to allow marriage for same-sex couples in my country (Zimbabwe), he must come here so that I marry him first. – Robert Mugabe 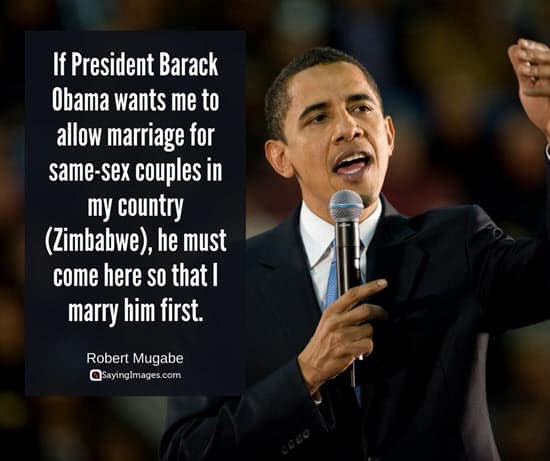 I have died many times. I have actually beaten Jesus Christ because he only died once. – Robert Mugabe

Don’t drink at all, don’t smoke, you must exercise and eat vegetables and fruit. – Robert Mugabe 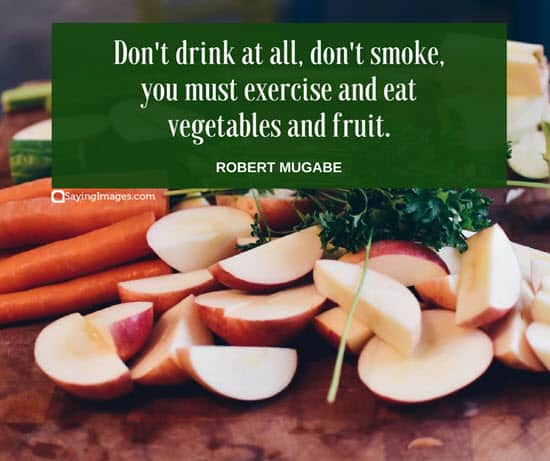 The land is ours. It’s not European and we have taken it, we have given it to the rightful people… Those of white extraction who happen to be in the country and are farming are welcome to do so, but they must do so on the basis of equality. – Robert Mugabe

Only God who appointed me will remove me. – Robert Mugabe 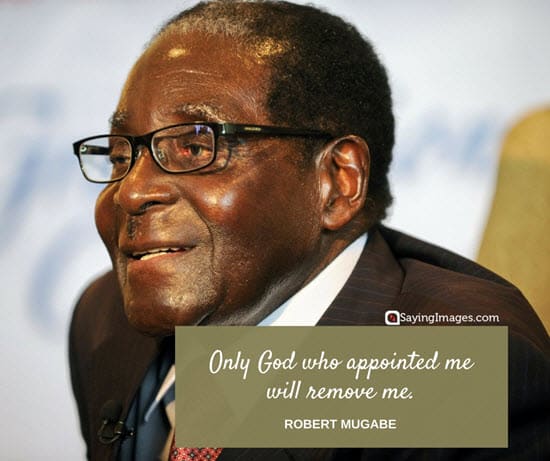 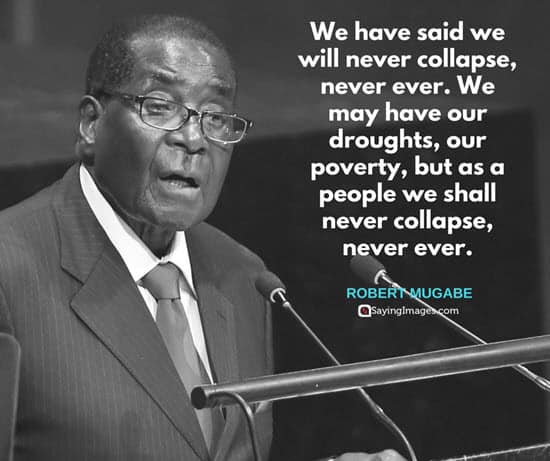 Sometimes you look back at girls you spent money on rather than send it to your mum & you realise witchcraft is real. – Robert Mugabe

I am an educationist. I’m an economist. I am a politician. I am also now a good storyteller, you know? – Robert Mugabe 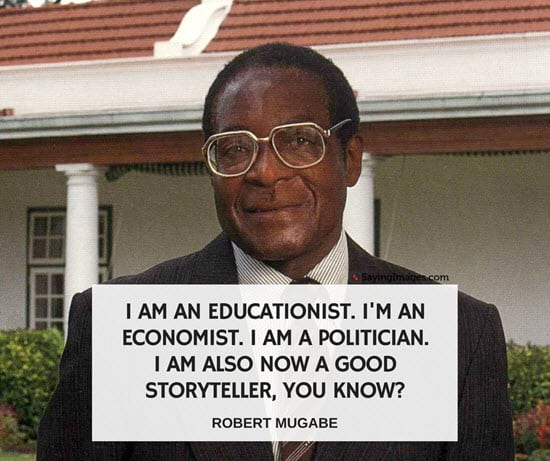 We don’t mind having sanctions banning us from Europe. We are not Europeans. – Robert Mugabe

It’s not possible that women can be at par with men. – Robert Mugabe 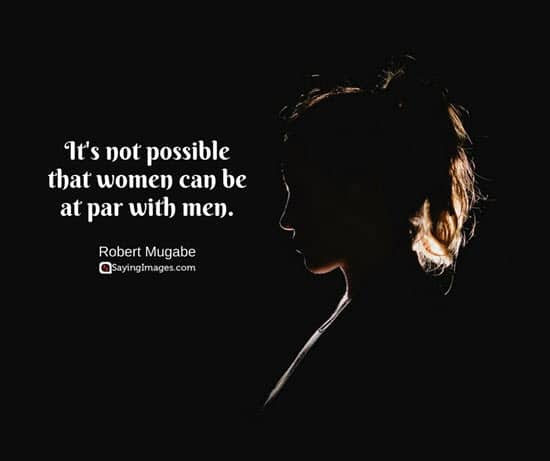 South Africans will kick down a statue of a dead white man but won’t even attempt to slap a live one. Yet they can stone to death a black man simply because he’s a foreigner. – Robert Mugabe

We are no longer going to ask for the land, but we are going to take it without negotiating. – Robert Mugabe 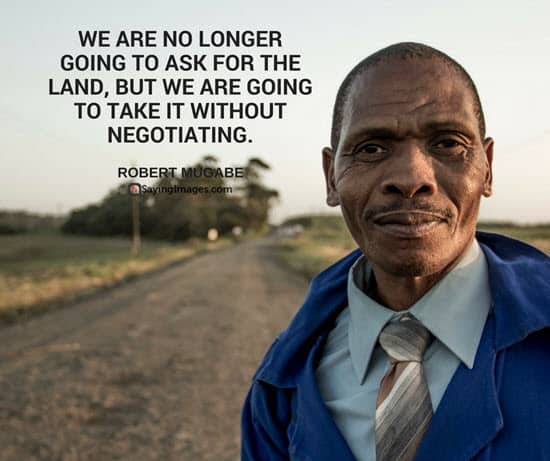 Don’t fight even over girlfriends. The country is full of beautiful women. If you can’t get one, come to Mugabe for assistance. – Robert Mugabe

The white man is not indigenous to Africa. Africa is for Africans. Zimbabwe is for Zimbabweans. – Robert Mugabe 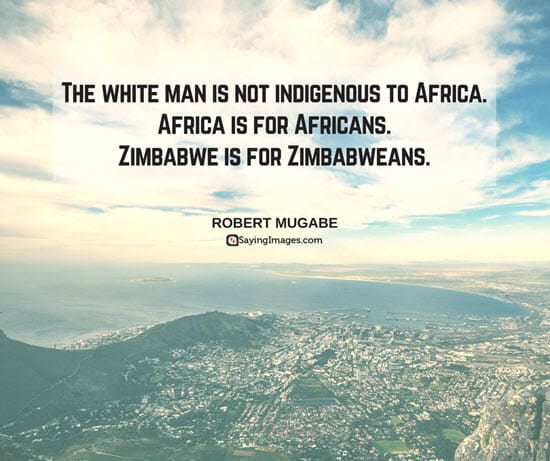 In most recent times, as the West started being hostile to us, we deliberately declared a Look East policy. – Robert Mugabe

We of Africa protest that, in this day and age, we should continue to be treated as lesser human beings than other races. – Robert Mugabe 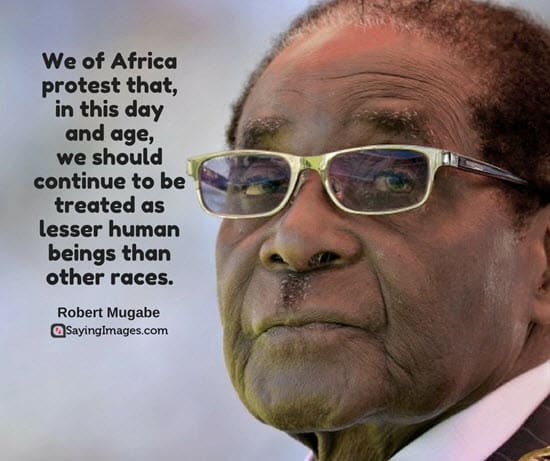 I am still the Hitler of the time. This Hitler has only one objective: justice for his people, sovereignty for his people, recognition of the independence of his people and their rights over their resources. If that is Hitler, then let me be Hitler tenfold. Ten times, that is what we stand for. – Robert Mugabe

We will have no mercy for white people regarding the land, they cannot own our soil. – Robert Mugabe 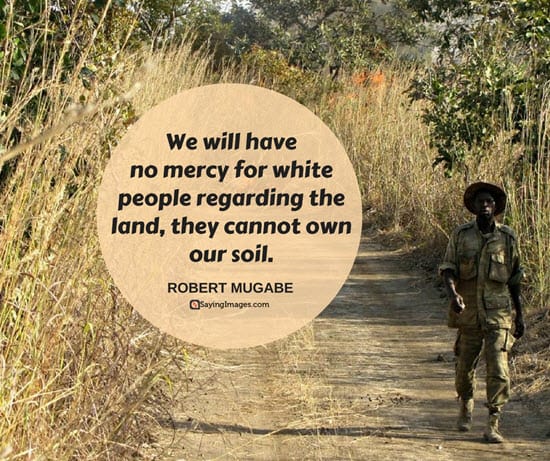 It may be necessary to use methods other than constitutional ones. – Robert Mugabe 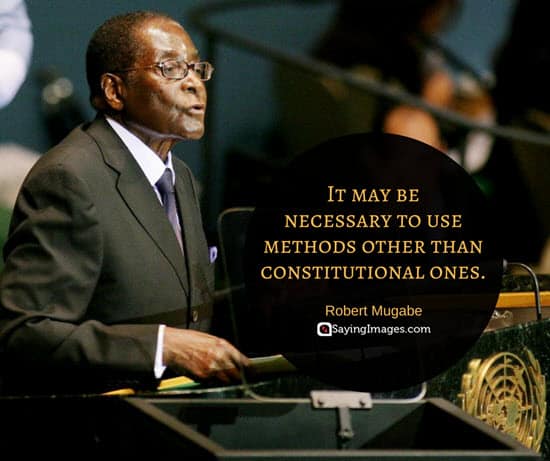 If you take men and lock them in a house for five years and tell them to come up with two children and they fail to do that, then we will chop off their heads. – Robert Mugabe

We will defend our victory through armed struggle. We will have to do that. – Robert Mugabe 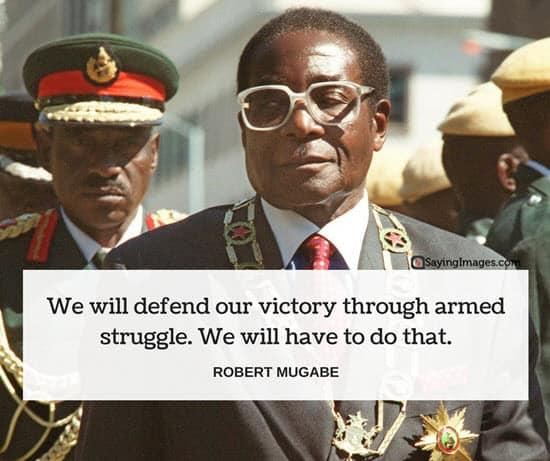 There are things one must do for oneself. – Robert Mugabe 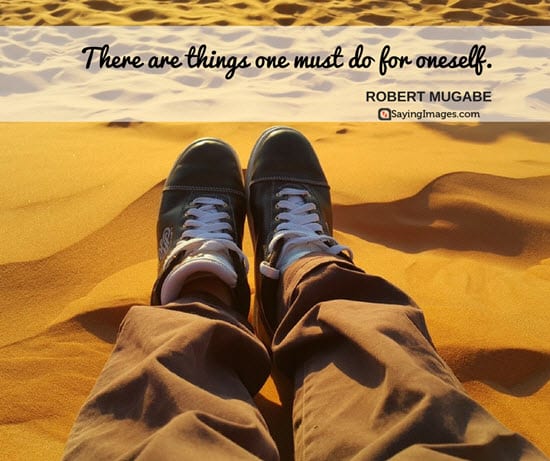 People are free to campaign and they will be free to vote. There won’t be any soldiers, you know, at the queues. Anyone who has the right to vote is free to go and cast his vote anywhere in his own area, in his own constituency. – Robert Mugabe 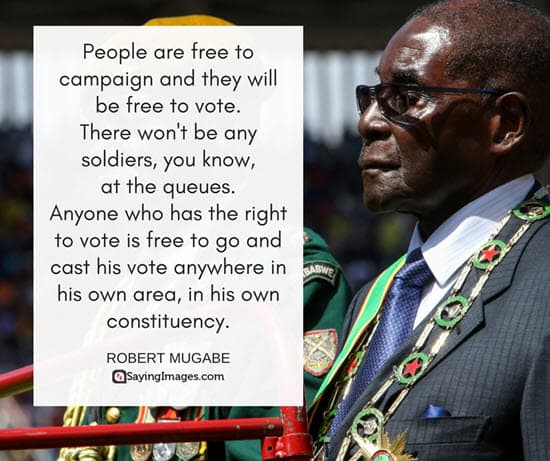 Any man who successfully convinces a monkey that honey is sweeter than banana, is capable of selling condoms to a Roman father. – Robert Mugabe

Dear ladies, if your boyfriend didn’t wish you a happy mother’s day or sing sweet Mother for you, you should stop breastfeeding him. – Robert Mugabe 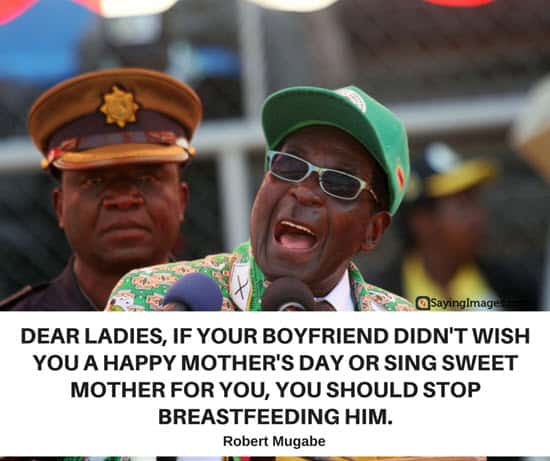 If over 15 guys have sucked your breasts, you don’t need to call those things “your breasts”. It’s called COW BELL, OUR MILK! Repeat after me, OUR MILK! – Robert Mugabe 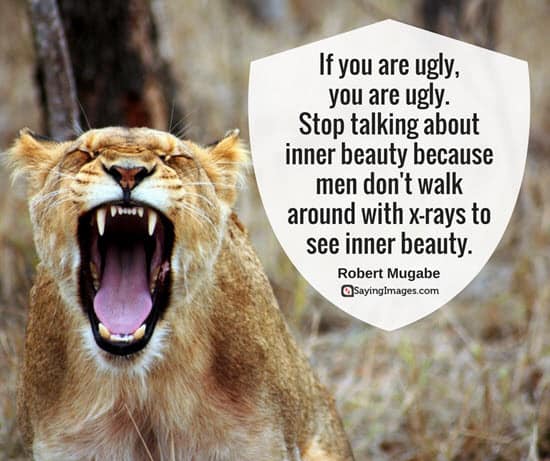 If you have attended over 100 weddings in your life and are still single, you are not different from a canopy. – Robert Mugabe

Whenever things seem to start going well in your life, the Devil comes along and gives you a ‘girlfriend’. – Robert Mugabe 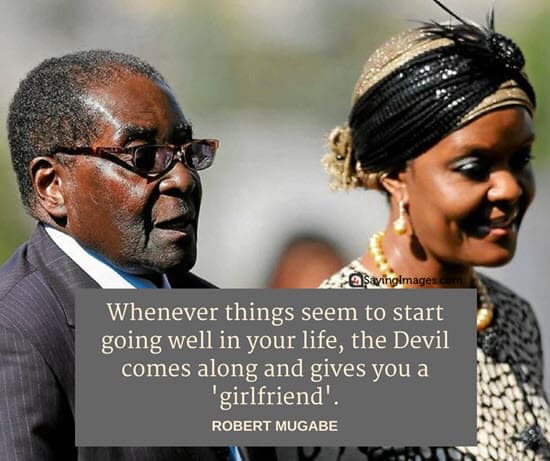 Dear sisters, don’t be deceived by a man who texts you “I miss you” only when it’s raining, because you are not an umbrella. – Robert Mugabe

I would spend my time telling stories or writing them. – Robert Mugabe 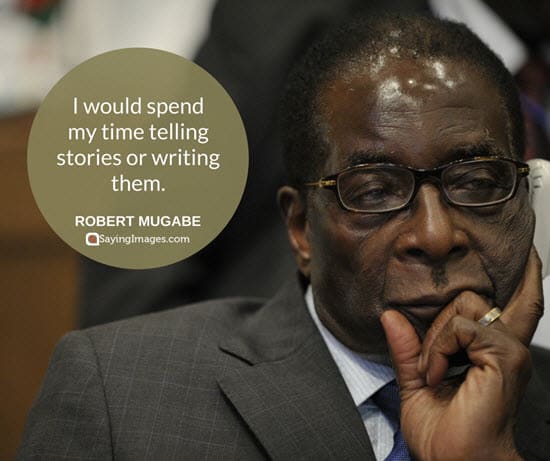 Some people are contriving ways and means of making us collapse. – Robert Mugabe 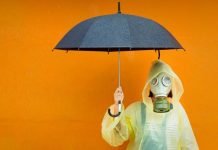 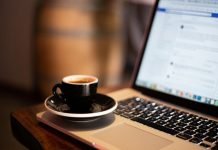 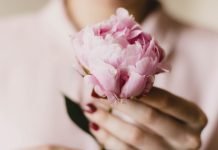