Pope Francis, the 266th head of the Catholic Church, was born on December 17, 1936. Named Jorge Mario Bergoglio, he’s considered as the first pope from South America and the first one from the Jesuit order. He took charge of the church at the age of 76 when he was elected in 2013.

Pope Francis is well-known for his humility and his extreme concern for the poor. He has this unique commitment to show God’s mercy and interfaith dialogue.

To help you understand his vision, here are 20 of the best Pope Francis quotes.

Human rights are not only violated by terrorism, repression or assassination, but also by unfair economic structures that creates huge inequalities.

Since God created the world, He also created reality.

Among us, who is above must be in service of others. This doesn’t mean we have to wash each other’s feet everyday, but we must help one another.

He who doesn’t pray to the Lord prays to the devil.

We have to work harder to develop a profound theology of women within the church. The feminine genius is needed wherever we make important decisions.

Tell me: when God looks at a gay person, does he endorse the existence of this person with love, or reject and condemn this person?… It is necessary to accompany them with mercy.

Money has to serve, not to rule.

A Christian who does not pray for those who govern is not a good Christian.

The media only writes about the sinners and the scandals, he said, but that’s normal, because ‘a tree that falls makes more noise than a forest that grows.

Religion has the right to express its opinion in the service of the people, but God in creation has set us free: it is not possible to interfere spiritually in the life of a person.

God never tires of forgiving us; we are the ones who tire of seeking his mercy.

Politics is a noble activity. We should revalue it, practise it with vocation and a dedication that requires testimony, martyrdom, that is to die for the common good.

No one can grow if he does not accept his smallness.

Life is a journey. When we stop, things don’t go right.

Together with a culture of work, there must be a culture of leisure as gratification. To put it another way: people who work must take the time to relax, to be with their families, to enjoy themselves, read, listen to music, play a sport.

A little bit of mercy makes the world less cold and more just.

Each of us has a vision of good and of evil. We have to encourage people to move towards what they think is good… Everyone has his own idea of good and evil and must choose to follow the good and fight evil as he conceives them. That would be enough to make the world a better place.

We must restore hope to young people, help the old, be open to the future, spread love. Be poor among the poor. We need to include the excluded and preach peace.

Don’t forget to share these Pope Francis quotes with everyone you know. 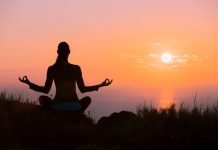