Meghan Markle, Duchess of Sussex, used to be a screen actress who appeared in a number of TV series before marrying Prince Harry in 2018. Known for her role in Suits, she became even more popular after news of her relationship became publicly known. In fact, she was named the most Googled actress of 2016.

Her story inspires a lot of people, particularly women. She has always been vocal about standing up for women’s rights for several years now and she continues to empower people. With that, here are the most inspiring Meghan Markle quotes for you.

I dream pretty big, but truly had no idea my life could be this awesome. I am the luckiest girl in the world, without question!

My parents always told me if I believed something was wrong, I should try to fix it.

My parents came from little, so they made a choice to give a lot: buying turkeys for homeless shelters at Thanksgiving, delivering meals to people in hospices, giving spare change to those asking for it.

At the end of the day, if the guy is going to write the girl a letter, whether it’s chicken scratch or scribble or looks like a doctor’s note, if he takes the time to put pen to paper and not type something, there’s something so incredibly romantic and beautiful about that.

I think the biggest part of being a girl boss in the office, at home, or anywhere you go is just knowing your value.

Reflecting on where I came from helps me to appreciate and balance what I have now.

Throwing on a black dress with black tights, cute booties, a great coat and throw a scarf over it. I think simple accessories and, if you want to make a pop, a great red lip.

When I’m traveling, I won’t miss an opportunity to try great pasta.

I will always find my light. No question. And if I don’t, I’ll know, because my dad will be the first person to call me and say, like, ‘You need to have him bring another 2K in,’ and ‘Why aren’t you using this sort of lighting gel?’ The crew guys know that it’s where I grew up.

I’ve never wanted to be a lady who lunches – I’ve always wanted to be a woman who works. And this type of work is what feeds my soul and fuels my purpose.

Be able to delegate, because there are some things that you just can’t do by yourself.

You push for colour-blind casting; you draw your own box. You introduce yourself as who you are, not what colour your parents happen to be.

Food makes travel so exceptional, because you get to taste what it’s actually supposed to taste like. To eat the real Pad Thai or finally have a proper curry is something pretty amazing.

It’s really important that young women be reminded that their involvement matters and that their voice is heard. Even if it feels like it’s small, it really can make an impact.

Make a choice: continue living your life feeling muddled in this abyss of self-misunderstanding, or you find your identity independent of it.

Just as black and white, when mixed, make grey, in many ways that’s what it did to my self-identity: it created a murky area of who I was, a haze around how people connected with me. I was grey. And who wants to be this indifferent colour, devoid of depth and stuck in the middle? I certainly didn’t.

Who you are as a person will only be amplified once you are ‘famous,’ so if you had a good heart, then I would imagine you’ll have the same good heart but the means to do even more with it.

My life has changed because my access has changed, and so has the level of privacy in my life, but these are champagne problems, because I wouldn’t rather be back auditioning. And change can be really good – as long as your character is intact.

I’ve had dates at the nicest restaurants, but when you leave, you’re starving, and the best part of the date is having a slice of pizza and a couple of drinks on the way home. I think it’s important to be able to roll with the punches and enjoy every minute of it.

You can be a woman who wants to look good and still stand up for the equality of women.

That five pounds lost won’t make you happier, that more makeup won’t make you prettier, that the now iconic saying from Jerry Maguire — ‘You complete me’ — frankly, isn’t true. You are complete with or without a partner. You are enough just as you are.

I’m still the same person that I am, and I’ve never defined myself by my relationship.

It’s all about balance, and I have so much happiness in my career and am fortunate to travel the world and see so many amazing things – it will also be nice to be anchored to something grounded and in the same place. Raising a family will be a wonderful part of that.

With fame comes opportunity, but it also includes responsibility–to advocate and share, to focus less on glass slippers and more on pushing through glass ceilings.

Some women are able to wake up looking effortlessly chic – as though a bevy of fashion fairies twisted their low-lit locks into a messy chignon while they slept.

Inspire other people by sharing these Meghan Markle quotes on all your social media accounts!

20 Batman Quotes: The Knight Is Dark But At Least There’s Payback 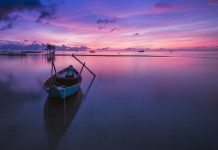 30 Admiration Quotes That Will Make You Appreciate More 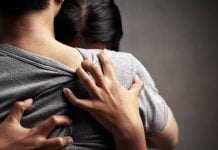 20 Ryan Gosling Memes That Every Fan Will Love