Marriage isn’t always easy and problems are bound to happen in the relationship. However, if two people really love each other, dealing with those problems and issues should be a breeze. They should be able to stay strong in both good and bad times.

If you are about to get married or you’re just looking for an inspiration, here are some of the best marriage quotes you can turn to. Make sure to read it with your better half!

A successful marriage requires falling in love many times, always with the same person. – Mignon McLaughlin 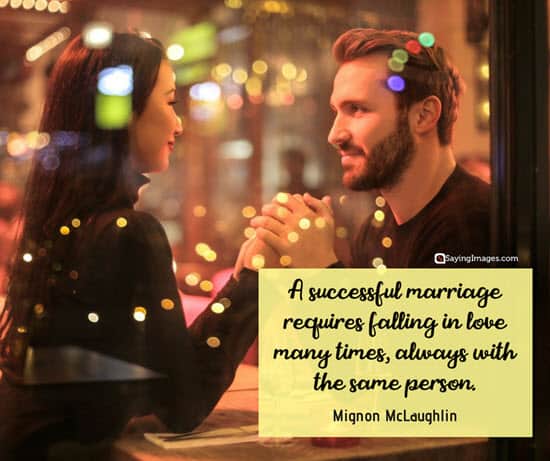 A great marriage is not when the ‘perfect couple’ comes together. It is when an imperfect couple learns to enjoy their differences. – Dave Meurer 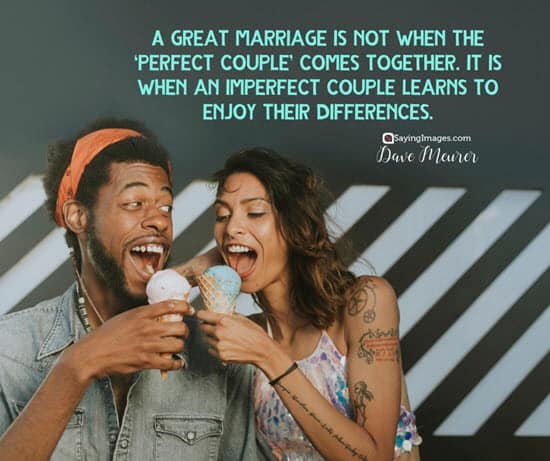 Marriage: If you want something to last forever, you treat it differently. You shield it and protect it. You never abuse it. You don’t expose it to the elements. You don’t make it common or ordinary. If it ever becomes tarnished, you lovingly polish it until it gleams like new. It becomes special because you have made it so, and it grows more beautiful and precious as time goes by. – F. Burton Howard 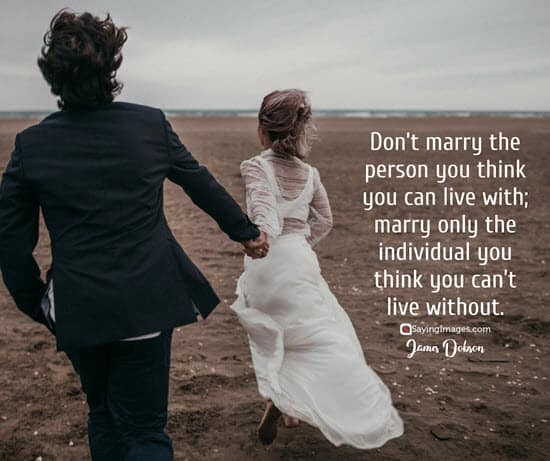 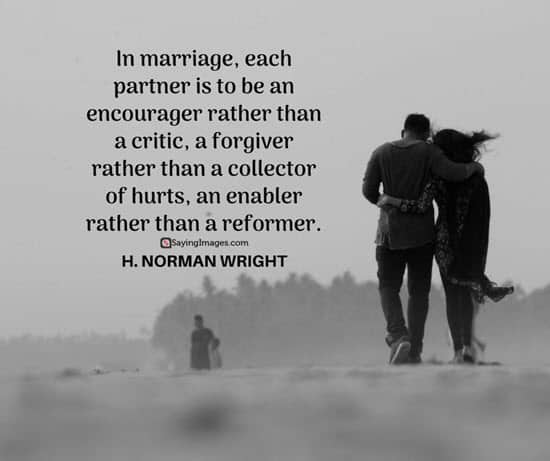 Marriage: Love is the reason. Lifelong friendship is the gift. Kindness is the cause. Til” death do us part is the length. – Fawn Weaver 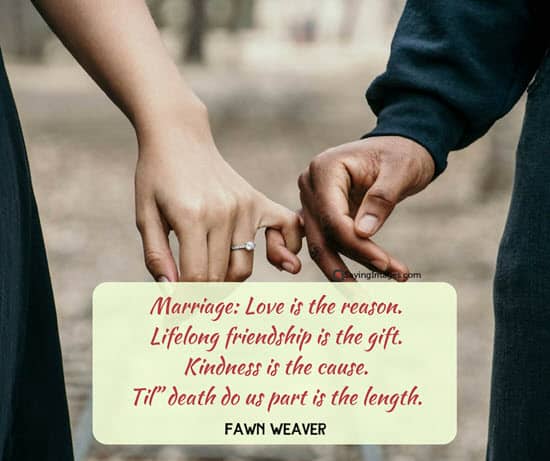 But marriage goes in waves. You’ve got to be patient. People bail and give up on their marriages way too early. They just don’t put the work and the effort into it. You’ve got to suck up your ego a lot of times, because that can be a big downfall. – Anna Benson 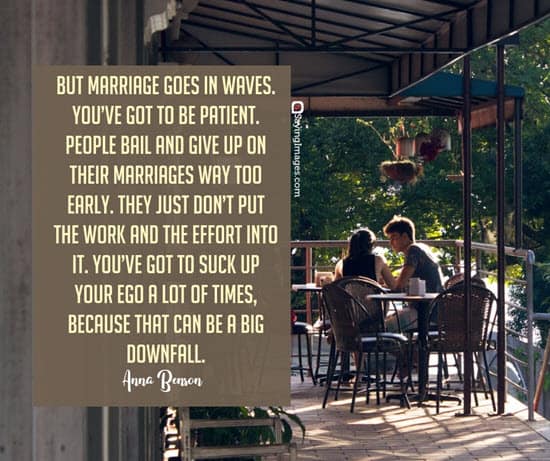 We tend to forget that happiness doesn’t come as a result of getting something we don’t have but rather of recognizing and appreciating what we do have. – Frederick Keonig 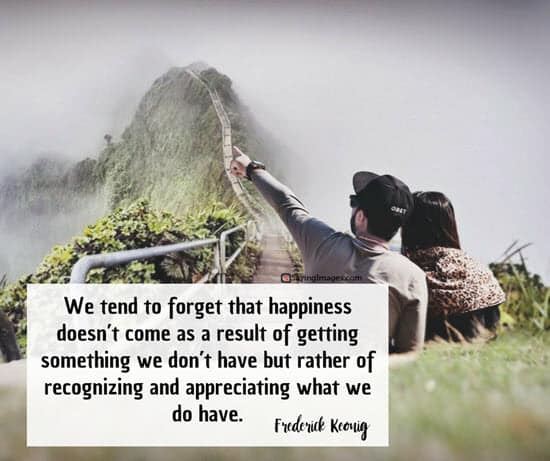 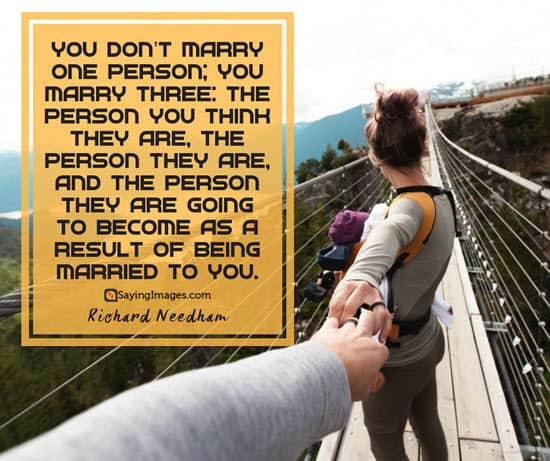 It is not a lack of love, but a lack of friendship that makes unhappy marriages. – Friedrich Nietzsche

A happy marriage is the union of two good forgivers. – Robert Quillen 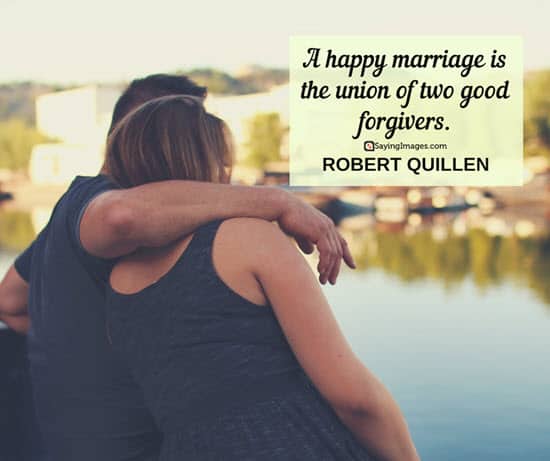 The secret to a happy marriage is if you can be at peace with someone within four walls, if you are content because the one you love is near to you, either upstairs or downstairs, or in the same room, and you feel that warmth that you don’t find very often, then that is what love is all about. – Bruce Forsyth

Many marriages would be better if the husband and wife clearly understood that they are on the same side. – Zig Ziglar 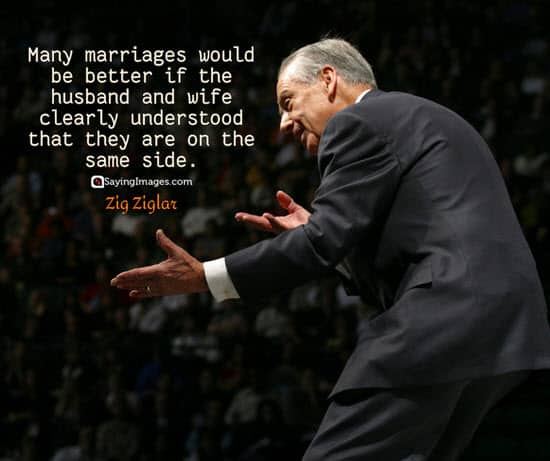 Marriage does not guarantee you will be together forever, it’s only paper. It takes love, respect, trust, understanding, friendship and faith in your relationship to make it last.

There are two basic motivating forces: fear and love. When we are afraid, we pull back from life. When we are in love, we open to all that life has to offer with passion, excitement, and acceptance. We need to learn to love ourselves first, in all our glory and our imperfections. If we cannot love ourselves, we cannot fully open to our ability to love others or our potential to create. – John Lennon

Don’t compare your love story to those you watch in movies. They’re written by screenwriters, yours is written by God.

The difference between an ordinary marriage and an extraordinary marriage is in giving just a little ‘extra’ every day, as often as possible, for as long as we both shall live. – Fawn Weaver

Rules for a happy marriage: 1. Never both be angry at the same time. 2. Never yell at each other unless the house is on fire. 3. If one of you has to win an argument, let it be your spouse. 4. If you have to criticize, do it lovingly. 5. Never bring up mistakes from the past. 6. Neglect the whole world rather than each other. 7. Never go to sleep with an argument unsettled. 8. At least once a day say a kind word or pay a compliment to your partner. 9. When you have done something wrong, admit it and ask for forgiveness. 10. It takes two to make a quarrel, and the one in the wrong is usually the one who does the most talking.

Happiness is only real when shared. – Jon Krakauer

So it’s not gonna be easy. It’s going to be really hard; we’re gonna have to work at this everyday, but I want to do that because I want you. I want all of you, forever, everyday. You and me… everyday. – Nicholas Sparks

Found these marriage quotes inspiring? Don’t forget to share them with all of your friends and family on social media. 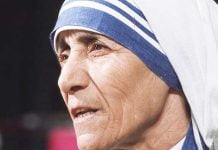 22 Working Out Memes That Will Make Everyone In The Gym...