The right course of action should always point to justice being served. After all, civilization and its laws are built on this principle. But when power gets abused and morality corrupted, the pursuit of justice becomes elusive.

At times we feel powerless, but a big part of our humanity is our unwavering need for fairness. Eventually, our indignation fuels our hearts to speak up and take action. When justice fails, the courageous revolt and the noble minds inspire others to demand what is right.

The world may have its shares of wrongs but it’s this need for rectification that bonds us all. Because at the end of the day, no matter who the ruling classes are, people will always unite to fight for a life that is just and free.

Justice is a universal need as reflected in these 30 justice quotes.

For children are innocent and love justice, while most of us are wicked and naturally prefer mercy. – G.K. Chesterton

A good act does not wash out the bad, nor a bad act the good. Each should have its own reward. – George R.R. Martin

There may be times when we are powerless to prevent injustice, but there must never be a time when we fail to protest. – Elie Wiesel

We are not to simply bandage the wounds of victims beneath the wheels of injustice, we are to drive a spoke into the wheel itself. – Dietrich Bonhoeffer

Ladies who play with fire must remember that smoke gets in their eyes. – Mae West

My argument against God was that the universe seemed so cruel and unjust. But how had I got this idea of just and unjust? A man does not call a line crooked unless he has some idea of a straight line. What was I comparing this universe with when I called it unjust? – C.S. Lewis

Never forget that justice is what love looks like in public. – Cornel West

Death is the fairest thing in the world. No one’s ever gotten out of it. The earth takes everyone – the kind, the cruel, the sinners. Aside from that, there’s no fairness on earth. – Svetlana Aleksievich

The arc of the moral universe is long, but it bends towards justice. – Theodore Parker

But men often mistake killing and revenge for justice. They seldom have the stomach for justice. – Robert Jordan

Justice? -You get justice in the next world, in this world you have the law. – William Gaddis

Truth never damages a cause that is just. – Mahatma Gandhi

The cry of the poor is not always just, but if you don’t listen to it, you will never know what justice is. – Howard Zinn

Freedom for the wolves has often meant death to the sheep. – Isaiah Berlin

Justice will not be served until those who are unaffected are as outraged as those who are. – Benjamin Franklin

Being good is easy, what is difficult is being just. – Victor Hugo

True peace is not merely the absence of war, it is the presence of justice. – Jane Addams

If you tremble with indignation at every injustice then you are a comrade of mine. – Che Guevara

No man is justified in doing evil on the ground of expediency. – Theodore Roosevelt

I should like to be able to love my country and still love justice. – Albert Camus

There is no such thing as justice, all the best that we can hope for is revenge. – Emilie Autumn

Justice is my being allowed to do whatever I like. Injustice is whatever prevents my doing so. – Samuel Johnson

Never pray for justice, because you might get some. – Margaret Atwood

Fear and anger are a threat to justice. They can infect a community, a state, or a nation, and make us blind, irrational, and dangerous. – Bryan Stevenson

Against eternal injustice, man must assert justice, and to protest against the universe of grief, he must create happiness. – Albert Camus

Share these 30 justice quotes to inspire and to embolden. 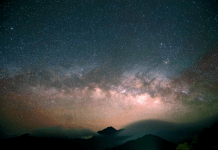 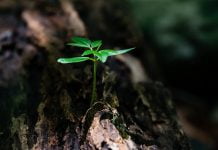