These Julia Child quotes will make you realize how kitchen blunders and highlights easily translate into life lessons.

American chef and author Julia Child was born on August 15, 1912. During the Second World War, she joined the Office of Strategic Services (OSS) where she ultimately became a top secret researcher. She later got married and moved to Paris with her husband. It was there that she discovered her genuine passion for cooking, eventually setting the stage for her prominent celebrity chef status.

She attended a prestigious cooking school in Paris and went on to meet Simone Beck and Louisette Bertholle at a women’s cooking club. Together, they wrote Mastering the Art of French Cooking. Published in 1961, it substantially increased American interest in French culture during the ’60s.

Child’s prominence grew after landing herself her own cooking show, The French Chef. Debuting in 1963, the show aired on television for 10 years, winning Peabody and Emmy Awards. She wasn’t the first television cook but she was one who attracted much attention with her radiant enthusiasm and solid presence.

Her impact on American households, particularly housewives, was significant. As a TV personality, she was one of the few ones who showed authenticity.  After her death in 2004, the foundation she created, The Julia Child Foundation, started its work to continue the famous chef’s legacy.

Here are 30 Julia Child’s quotes to remind you to appreciate life, pursue your passion, and most importantly, eat well.

The only real stumbling block is fear of failure. In cooking, you’ve got to have a what-the-hell attitude. – Julia Child

You’ll never know everything about anything, especially something you love. – Julia Child

People who love to eat are always the best people. – Julia Child

Drama is very important in life: You have to come on with a bang. You never want to go out with a whimper. – Julia Child

Find something you’re passionate about and keep tremendously interested in it. – Julia Child

I would far prefer to have things happen as they naturally do, such as the mousse refusing to leave the mold, the potatoes sticking to the skillet, the apple charlotte slowly collapsing. One of the secrets of cooking is to learn to correct something if you can, and bear with it if you cannot. – Julia Child

Just speak very loudly and quickly, and state your position with utter conviction, as the French do, and you’ll have a marvelous time! – Julia Child

Always remember: If you’re alone in the kitchen and you drop the lamb, you can always just pick it up. Who’s going to know? – Julia Child

If you’re afraid of butter, use cream. – Julia Child

The measure of achievement is not winning awards. It’s doing something that you appreciate, something you believe is worthwhile. I think of my strawberry soufflé. I did that at least 28 times before I finally conquered it. – Julia Child

The only time to eat diet food is while you’re waiting for the steak to cook. – Julia Child

If you’re in a good profession, it’s hard to get bored, because you’re never finished — there will always be work you haven’t yet done. – Julia Child

If everything doesn’t happen quite the way you’d like, it doesn’t make too much difference, because you can fix it. – Julia Child

How can a nation be called great if its bread tastes like kleenex? – Julia Child

I was 37 years old and still discovering who I was. – Julia Child

Usually, one’s cooking is better than one thinks it is. – Julia Child

Life itself is the proper binge. – Julia Child

This is my invariable advice to people: Learn how to cook — try new recipes, learn from your mistakes, be fearless and above all have fun! – Julia Child

But the only way you learn how to flip things is just to flip them. – Julia Child

It’s so beautifully arranged on the plate – you know someone’s fingers have been all over it. – Julia Child

Remember, ‘No one’s more important than people’! In other words, friendship is the most important thing—not career or housework, or one’s fatigue—and it needs to be tended and nurtured. – Julia Child

A party without cake is just a meeting. – Julia Child

I think every woman should have a blowtorch. – Julia Child

It is hard to imagine a civilization without onions. – Julia Child

I was 32 when I started cooking; up until then, I just ate. – Julia Child

You learn to cook so that you don’t have to be a slave to recipes. You get what’s in season and you know what to do. – Julia Child

Let’s go into the kitchen, and we’re going to make the best chocolate cake you ever put in your mouth! – Julia Child

To be a good cook you have to have a love of the good, a love of hard work, and a love of creating. – Julia Child

I think careful cooking is love, don’t you? The loveliest thing you can cook for someone who’s close to you is about as nice a Valentine as you can give. – Julia Child

Make your friends and family feel loved (and hungry) with these 30 Julia Child quotes. 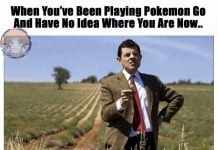 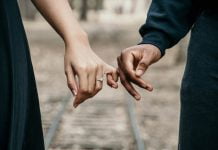