John McCain‘s passing casts a long shadow on the family, friends, and supporters of the former senator. He was also a war hero, a two-time presidential candidate, a conservative maverick, a naval bomber pilot, a prisoner of war, and many more. McCain was a man who went through many obstacles and lived out his successes.

In his memoir, he writes about how he hates to leave the world, but he has no complaints. “I’ve lived very well and I’ve been deprived of all comforts. I’ve been as lonely as a person can be and I’ve enjoyed the company of heroes. I’ve suffered the deepest despair and experienced the highest exultation.”

Despite being a conservative, as McCain’s disease progressed, so did his critique of Trump. In one of his final acts of defiance, the senator cast his vote against replacing Obamacare. It created chaos in his party and cast him deeper in Trump’s bad graces.

Get to know his character better with these quotes:

Our shared values define us more than our differences. And acknowledging those shared values can see us through our challenges today if we have the wisdom to trust in them again.

In the real world, as lived and experienced by real people, the demand for human rights and dignity, the longing for liberty and justice and opportunity, the hatred of oppression and corruption and cruelty is reality.

Every day, people serve their neighbors and our nation in many different ways, from helping a child learn and easing the loneliness of those without a family to defending our freedom overseas. It is in this spirit of dedication to others and to our country that I believe service should be broadly and deeply encouraged.

I believe in evolution. But I also believe, when I hike the Grand Canyon and see it at sunset, that the hand of God is there also.

We cannot forever hide the truth about ourselves, from ourselves.

We need a free press. We must have it. It’s vital.

Depriving the oppressed of a beacon of hope could lose us the world we have built and thrived in. It could cost our reputation in history as the nation distinct from all others in our achievements, our identity, and our enduring influence on mankind. Our values are central to all three.

But we should be mindful as we argue about our differences that so much more unites than divides us. We should also note that our differences, when compared with those in many, if not most, other countries, are smaller than we sometimes imagine them to be.

War is wretched beyond description, and only a fool or a fraud could sentimentalize its cruel reality.

To argue against the global economy is like stating opposition to the weather – it continues whether you like it or not.

I know from personal experience that the abuse of prisoners will produce more bad than good intelligence.

Thank God for our form of government. The media won’t let there be any cover-up.

My greatest fear is the Iranians acquire a nuclear weapon and give it to a terrorist organization. And there is a real threat of them doing that.

Some men are much more self-sufficient than others.

America’s greatest strength has always been its hopeful vision of human progress.

We know that Medicare’s going broke in seven years, but we need to start over. That’s what the American people want us to do.

Civic participation over a lifetime, working in neighborhoods and communities and service of all kinds – military and civilian, full-time and part-time, national and international – will strengthen America’s civic purpose.

My record shows that I have put my country first, and I follow the philosophy and traditions of Abraham Lincoln and Theodore Roosevelt and Ronald Reagan.

America didn’t invent human rights. Those rights are common to all people: nations, cultures, and religions cannot choose to simply opt out of them.

You have to listen to people that have chosen the nominee of our Republican Party. I think it would be foolish to ignore them.

Our political differences, now matter how sharply they are debated, are really quite narrow in comparison to the remarkably durable national consensus on our founding convictions.

We need to listen to the views and respect the collective will of our democratic allies. When we believe that international action is necessary, whether military, economic, or diplomatic, we will try to persuade our friends that we are right. But we, in return, must also be willing to be persuaded by them.

I know that victims of torture will offer intentionally misleading information if they think their captors will believe it.

Only the most deluded of us could doubt the necessity of this war.

Our society demands that women be treated equally and that we not discriminate against them.

When a president makes life and death decisions, he should draw strength and wisdom from broad and deep experience with the reasons for and the risks of committing our children to our defense. For no matter how many others are involved in the decision, the president is a lonely man in a dark room when the casualty reports come in.

I have certainly seen my share of the world as it really is and not how I wish it would be.

You cannot tell the enemy you’re going to leave and expect the enemy to not – and expect to succeed. I mean, that’s just a fundamental of warfare.

The problem… is that most members of Congress don’t pay attention to what’s going on.

I know in war good people can feel obliged for good reasons to do things they would normally object to and recoil from.

Sometimes it’s important to watch what the president does rather than what he says.

I believe in prayer. I pray every night.

We all know spending levels for defense and other urgent priorities have been woefully inadequate for years. But we haven’t found the will to work together to adjust them.

It is foolish to view realism and idealism as incompatible or to consider our power and wealth as encumbered by the demands of justice, morality, and conscience.

I think that it’s important that we understand the importance of the Hispanic vote in America.

Our great power does not mean we can do whatever we want whenever we want, nor should we assume we have all the wisdom and knowledge necessary to succeed.

I believe we should always put our country first.

Whenever America sends its citizens into harm’s way, it must do so with eyes wide open.

On the issue of the gay marriage, I believe if people want to have private ceremonies, that’s fine. I do not believe that gay marriages should be legal.

I’ve lived very well and I’ve been deprived of all comforts. I’ve been as lonely as a person can be and I’ve enjoyed the company of heroes. I’ve suffered the deepest despair and experienced the highest exultation.

See Also: 30 Lonely Quotes For Those Who Are Feeling Alone 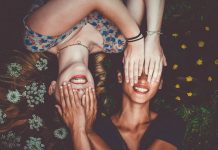 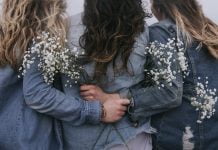 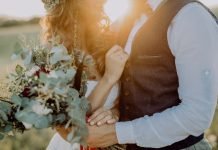