Born on October 30, 1975, John Adams was the first vice president and second president of the United States.

His term as president wasn’t that smooth. The war between the British and the French during his time caused several foreign policy problems which pushed many Americans to take sides. President Adams feared that being involved in the French Revolution would be catastrophic to America. So, he tried to have better relations with the French. This decision made him less popular even to the members of his own Federalist Party.

In 1800, Adams failed with his re-election campaign and lost to Thomas Jefferson. He died on July 4, 1826, the same date that marked the 50th anniversary of the American Independence.

As a way to relive his career, check out some of his most brilliant quotes.

Liberty, once lost, is lost forever.

The only maxim of a free government ought to be to trust no man living with power to endanger the public liberty.

A government of laws, and not of men.

Our obligations to our country never cease but with our lives.

Laws for the liberal education of youth, especially of the lower class of people, are so extremely wise and useful, that, to a humane and generous mind, no expense for this purpose would be thought extravagant.

Abuse of words has been the great instrument of sophistry and chicanery, of party, faction, and division of society.

Virtue is not always amiable.

Nip the shoots of arbitrary power in the bud, is the only maxim which can ever preserve the liberties of any people.

You will never be alone with a poet in your pocket.

Power always sincerely, conscientiously, de tres bon foi, believes itself right. Power always thinks it has a great soul and vast views, beyond the comprehension of the weak.

There are two types of education… One should teach us how to make a living, and the other how to live.

Children should be educated and instructed in the principles of freedom.

Facts are stubborn things; and whatever may be our wishes, our inclinations, or the dictates of our passion, they cannot alter the state of facts and evidence.

Power must never be trusted without a check.

Always stand on principle….even if you stand alone.

Facts are stubborn things; and whatever may be our wishes, our inclinations, or the dictates of our passions, they cannot alter the state of facts and evidence: nor is the law less stable than the fact.

We cannot insure success, but we can deserve it.

Property is surely a right of mankind as real as liberty.

Old minds are like old horses; you must exercise them if you wish to keep them in working order.

Power always thinks… that it is doing God’s service when it is violating all his laws.

We shall, by and by, want a world of hemp more for our own consumption.

Fear is the foundation of most governments.

When legislature is corrupted, the people are undone.

It is weakness rather than wickedness which renders men unfit to be trusted with unlimited power.

Ambition is one of the ungovernable passions of the human heart. The love of power is insatiable and uncontrollable.

Every problem is an opportunity in disguise.

Don’t forget to share these quotes to your friends and family!

20 Chadwick Boseman Quotes On Being a Real-Life Superhero 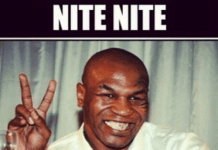 25 Mike Tyson Memes You Won’t Get Enough Of

30 Kobe Bryant Quotes On Greatness That Lives On

30 Theodore Roosevelt Quotes on Building a Name Worth Remembering