Nothing gives you happiness than your established independence. Because to be happy means to live on your own resolve, to never allow the noise of others drown your own voice.

Independence isn’t only freedom to live as your heart desires. It’s freedom from the unfortunate notion that solitude equates to sorrow. The comfort of love, family, and friendship are important elements to achieve joy and peace. However, it is only through independence that we harbor the strength to feel complete with no one or nothing but our own will.

Here are 30 Independence Quotes to remind you that self-contentment is the best thing you can give yourself.

If you truly want to be respected by people you love, you must prove to them that you can survive without them. – Michael Bassey Johnson

I am no bird; and no net ensnares me: I am a free human being with an independent will. – Charlotte Brontë 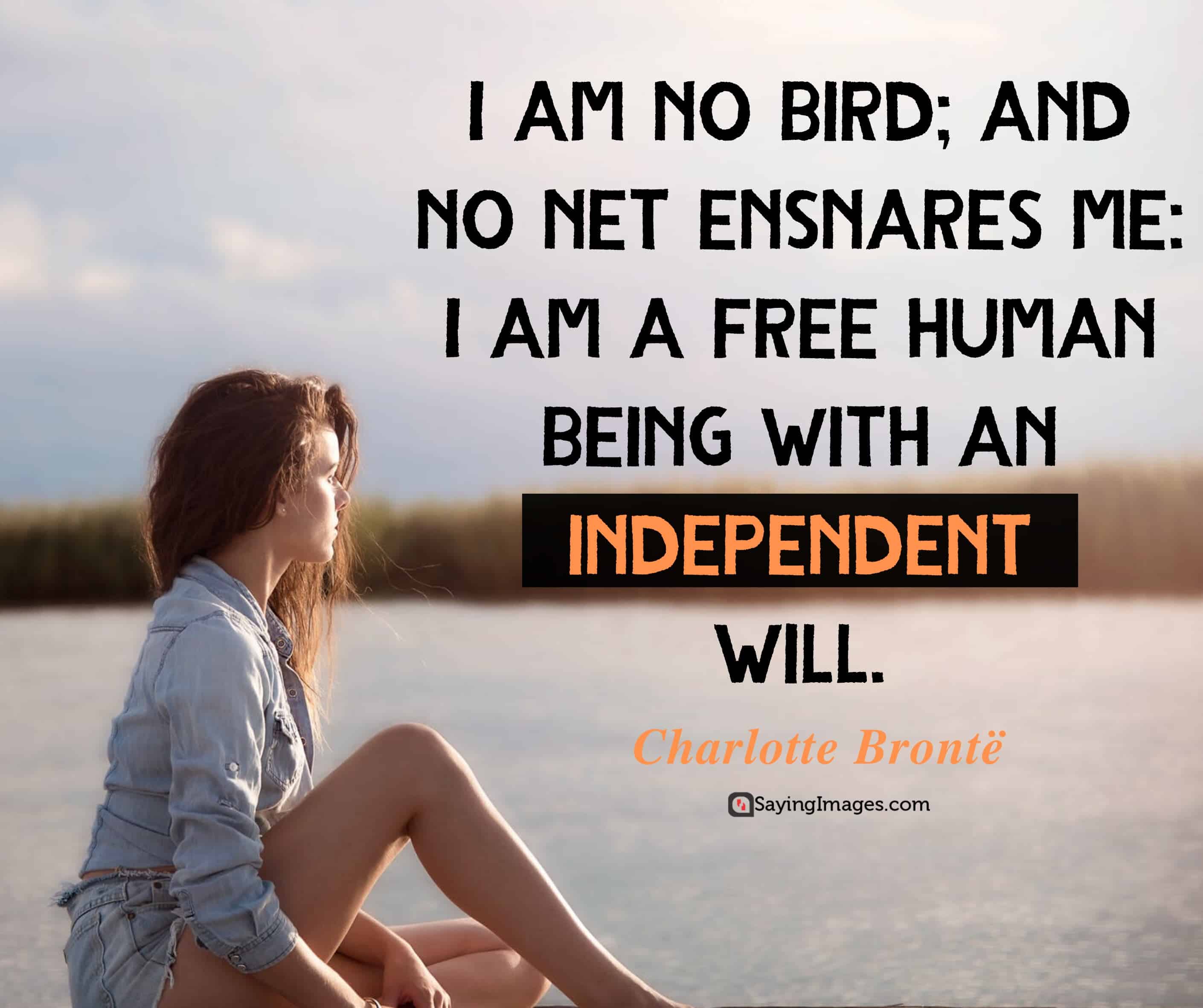 I have not lived as a woman. I have lived as a man. I’ve just done what I damn well wanted to, and I’ve made enough money to support myself, and ain’t afraid of being alone. – Katharine Hepburn

How wrong is it for a woman to expect the man to build the world she wants, rather than to create it herself? – Anais Nin 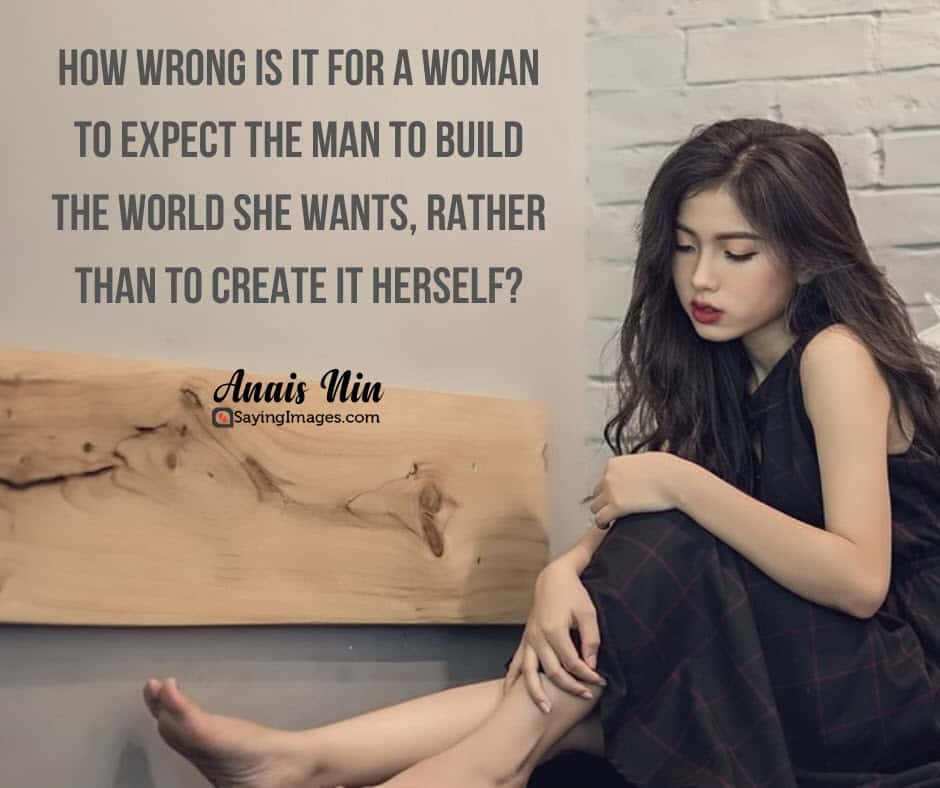 Being brave enough to be alone frees you up to invite people into your life because you want them and not because you need them. – Mandy Hale

There are some who want to get married and others who don’t. I have never had an impulse to go to the altar. I am a difficult person to lead. – Greta Garbo

When I discover who I am, I’ll be free. – Ralph Ellison 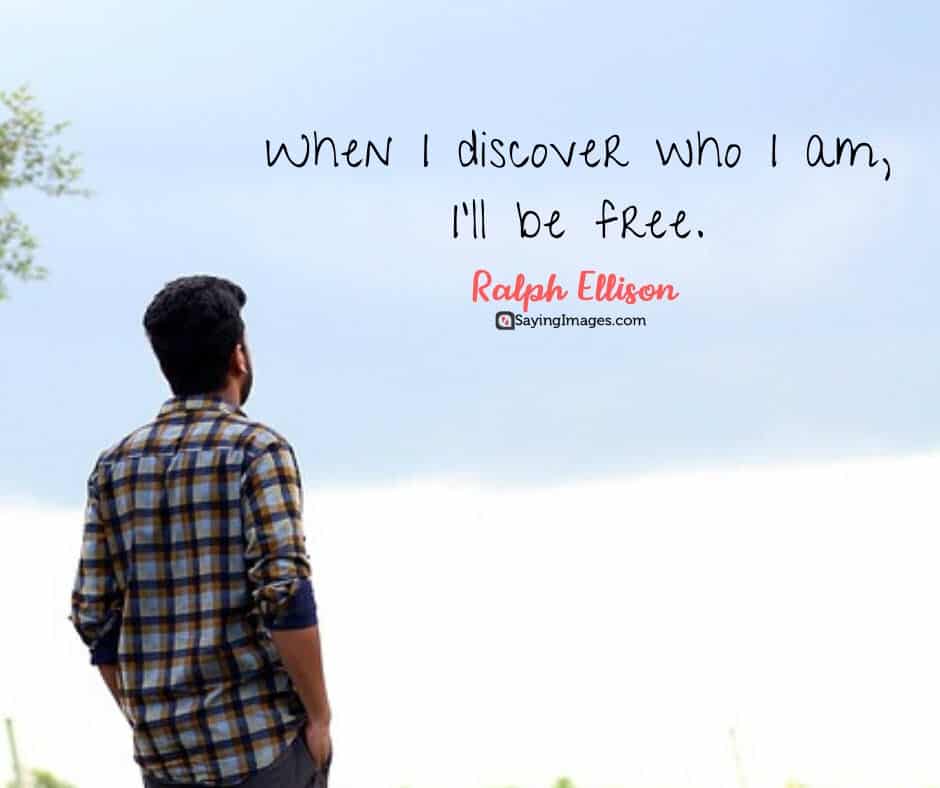 We are so accustomed to the comforts of “I cannot”, “I do not want to” and “it is too difficult” that we forget to realize when we stop doing things for ourselves and expect others to dance around us, we are not achieving greatness. We have made ourselves weak. – Pandora Poikilos

I care for myself. The more solitary, the more friendless, the more unsustained I am, the more I will respect myself. – Charlotte Brontë 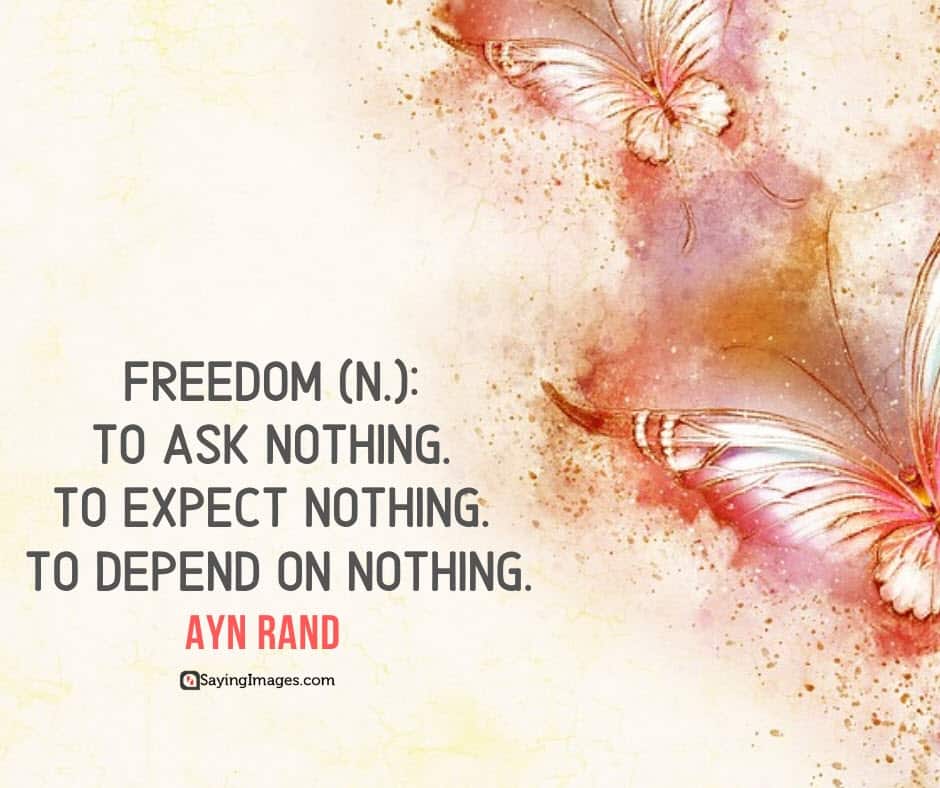 I’d rather die my way than live yours. – Lauren Oliver

Marriage is a fine institution, but I’m not ready for an institution. – Mae West

The most courageous act is still to think for yourself. Aloud. – Coco Chanel 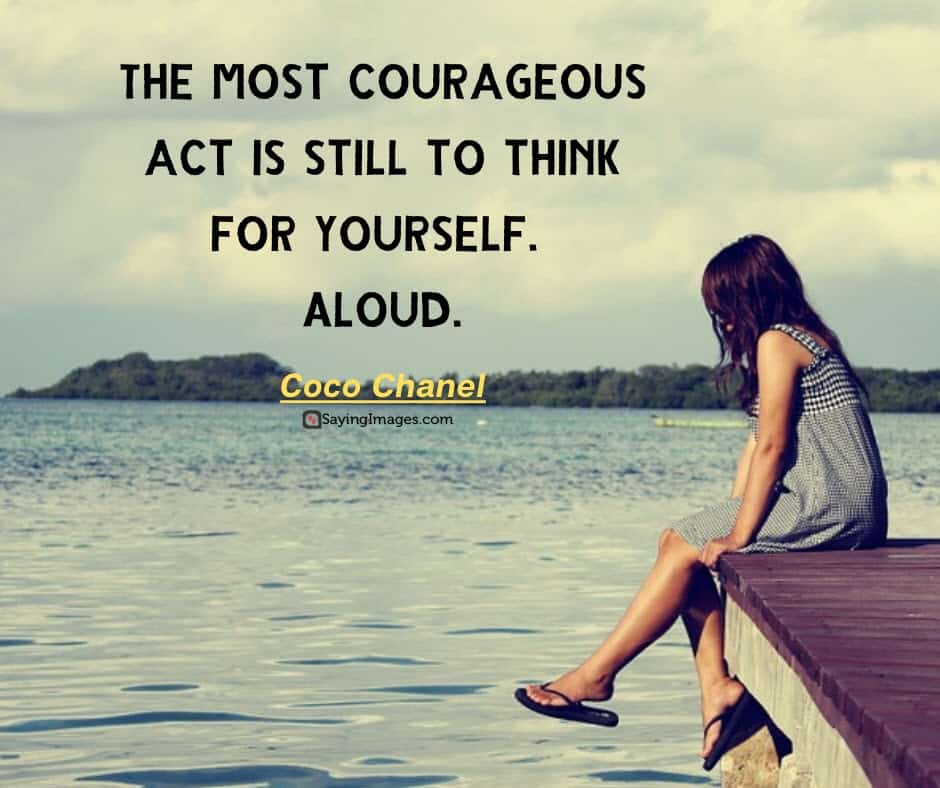 I do not wish them [women] to have power over men; but over themselves. – Mary Wollstonecraft

So the fact that I’m me and no one else is one of my greatest assets. Emotional hurt is the price a person has to pay in order to be independent. – Haruki Murakami

The greatest thing in the world is to know how to belong to oneself. – Michel de Montaigne 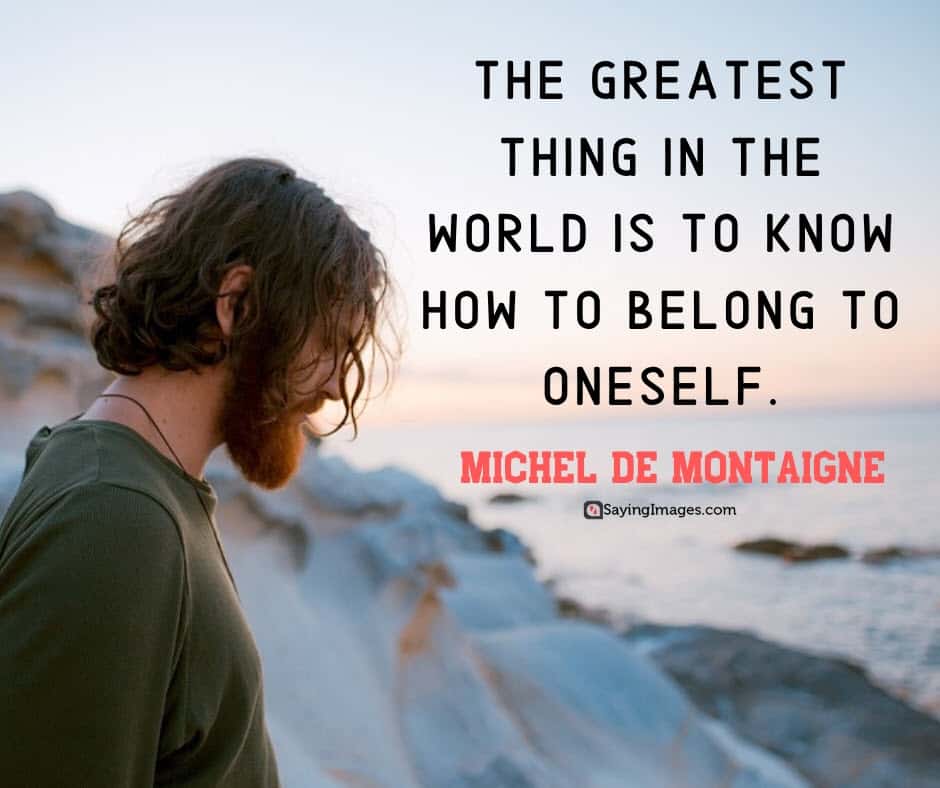 People have only as much liberty as they have the intelligence to want and the courage to take. – Emma Goldman

Be an independent thinker at all times, and ignore anyone who attempts to define you in a limiting way. – Sherry Argov

The proverb warns that, ‘You should not bite the hand that feeds you.’ But maybe you should, if it prevents you from feeding yourself. – Thomas Stephen Szasz 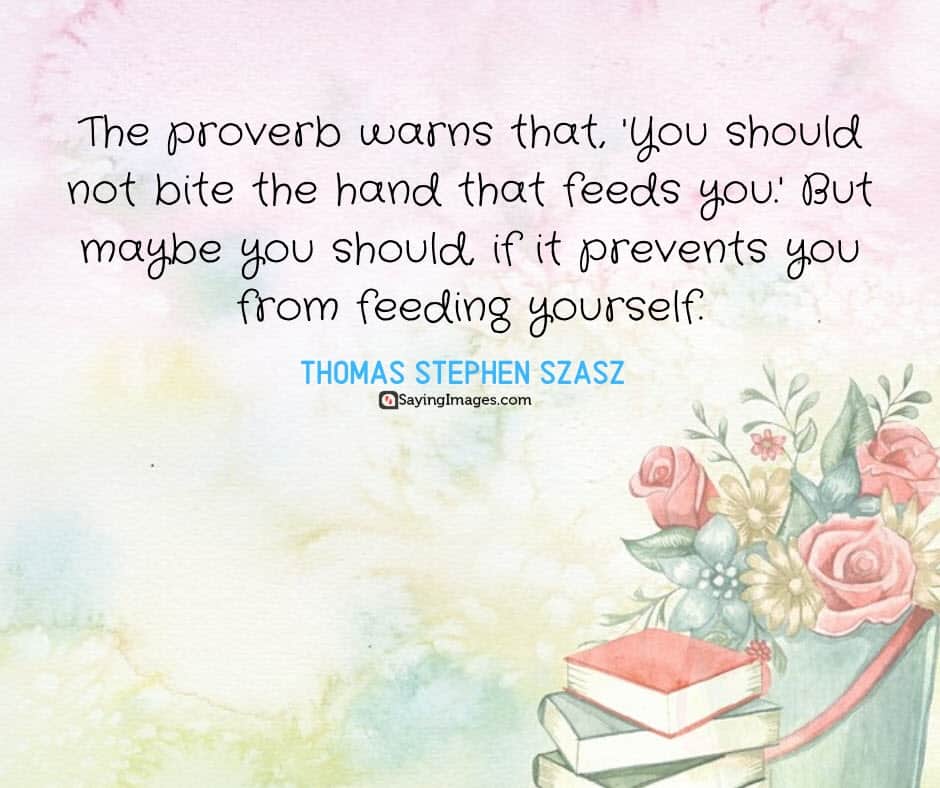 We need to help people to discover the true meaning of love. Love is generally confused with dependence. Those of us who have grown in true love know that we can love only in proportion to our capacity for independence. – Fred Rogers

It is the business of the very few to be independent; it is a privilege of the strong. And whoever attempts it, even with the best right, but without being OBLIGED to do so, proves that he is probably not only strong, but also daring beyond measure. – Friedrich Nietzsche

Why do only the awful things become fads? I thought. Eye-rolling and Barbie and bread pudding. Why never chocolate cheesecake or thinking for yourself? – Connie Willis 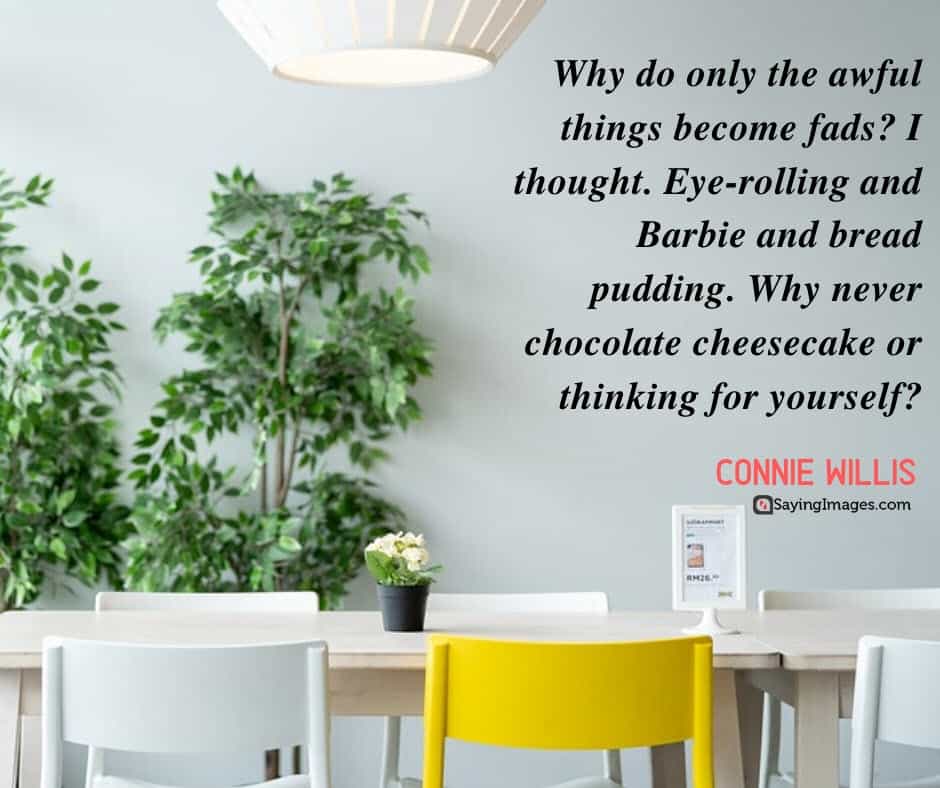 No man is great enough or wise enough for any of us to surrender our destiny to. The only way in which anyone can lead us is to restore to us the belief in our own guidance. – Henry Miller

I shall not change my course because those who assume to be better than I desire it. – Victoria Claflin Woodhull

I had rather hear my dog bark at a crow, than a man swear he loves me. – William Shakespeare 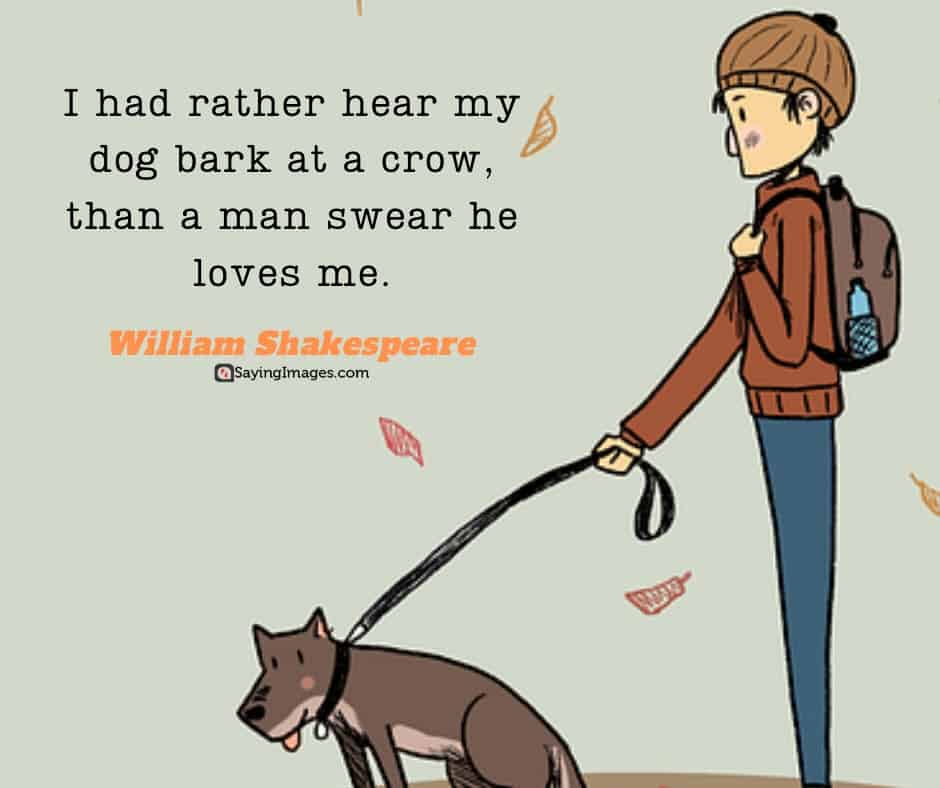 Dancing, at its best, is independence and intimacy in balance. – Donna Goddard

To find yourself, think for yourself. – Socrates 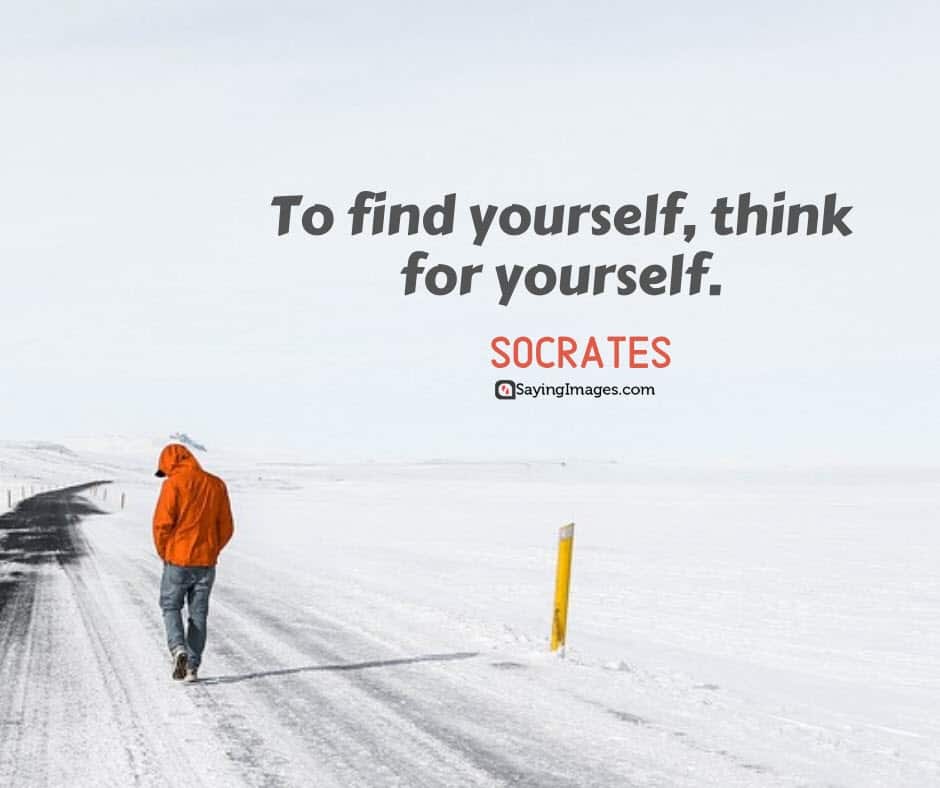 For it is in your power to retire into yourself whenever you choose. – Marcus Aurelius

I don’t believe in miracles, but if the need is great, a girl might make her own miracle. – Julie Berry

Share these 30 Independence Quotes to inspire your loved ones to create their own world, rather than live in others’.