Daydreaming is good for you. If you read these 30 imagination quotes, you will realize that not only is it good, but also necessary for the mind and the soul to thrive.

There’s not a dull day that can’t be salvaged by the fantasies of the mind. The universe must be so kind as to grant humanity the privilege to imagine, to wander, and to do so in peace and silence. Because when we imagine, there are no limits — just the flicker of optimism reminding us that nothing is impossible.

Here are 30 imagination quotes to get your daydreaming groove back on.

I am enough of an artist to draw freely upon my imagination. Imagination is more important than knowledge. Knowledge is limited. Imagination encircles the world. – Albert Einstein

Yes: I am a dreamer. For a dreamer is one who can only find his way by moonlight, and his punishment is that he sees the dawn before the rest of the world. – Oscar Wilde

The man who cannot visualize a horse galloping on a tomato is an idiot. – Andre Breton

Imagination is like a muscle. I found out that the more I wrote, the bigger it got. – Philip José Farmer

A great wind is blowing, and that gives you either imagination or a headache. – Catherine the Great

My imagination makes me human and makes me a fool; it gives me all the world and exiles me from it. – Ursula K. Le Guin

And people who don’t dream, who don’t have any kind of imaginative life, they must… they must go nuts. I can’t imagine that. – Stephen King

Anyone who lives within their means suffers from a lack of imagination. – Oscar Wilde

Imagination does not become great until human beings, given the courage and the strength, use it to create. – Maria Montessori

Adventure is not outside man; it is within. – George Eliot

The moment you doubt whether you can fly, you cease forever to be able to do it. – J.M. Barrie

The man who cannot visualize a horse galloping on a tomato is an idiot. – Andre Breton

Everything you can imagine is real. – Pablo Picasso

Our imagination flies — we are its shadow on the earth. – Vladimir Nabokov

I doubt that the imagination can be suppressed. If you truly eradicated it in a child, he would grow up to be an eggplant. – Ursula K. Le Guin

You may think I’m small, but I have a universe inside my mind. – Yoko Ono

I am certain of nothing but the holiness of the Heart’s affections and the truth of the Imagination. – John Keats

Imagination does not breed insanity. Exactly what does breed insanity is reason. Poets do not go mad; but chess-players do. Mathematicians go mad, and cashiers; but creative artists very seldom. I am not, as will be seen, in any sense attacking logic: I only say that this danger does lie in logic, not in imagination. – G.K. Chesterton

There are no rules of architecture for a castle in the clouds. – G.K. Chesterton

So rapid is the flight of dreams upon the wings of imagination. – Alexandre Dumas

The most wonderful and the strongest things in the world, you know, are just the things which no one can see. – Charles Kingsley

Children see magic because they look for it. – Christopher Moore

They are ill discoverers that think there is no land, when they can see nothing but sea. – Francis Bacon

You can’t depend on your eyes when your imagination is out of focus. – Mark Twain

I like nonsense; It wakes up the brain cells. – Dr. Seuss

You’re only given a little spark of madness. You mustn’t lose it. – Robin Williams

They who dream by day are cognizant of many things which escape those who dream only by night. – Edgar Allan Poe

Share these 30 Imagination Quotes with your friends to encourage them to find the magnificence and fulfillment they dream for in life.

30 Anger Quotes That Might Help You To Let Go

30 Victor Hugo Quotes Inspiring You to Endeavor and to Love 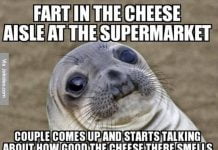 35 Fart Memes That Will Make You Stop And Laugh 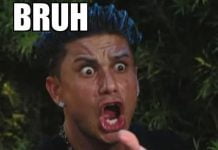 20 Funny Memes On How To Say No

50 Swimming Quotes on Water Sports and Love of the Sea