In Bikini Bottom lies is a bar called the Salty Spitoon, the roughest and toughest sailor club ever to be built under the seven seas. Only the baddest of the bad can get in. If you’re not tough enough, you’re denied entry. It’s as simple as that.

Remember the misadventures of Spongebob and Sandy in trying to get inside the Salty Spitoon? Yep, that was hilarious. Here’s a little clip to nudge your memory.

Now check out all the “tough” reasons this tough guy has.

I Had A Bowl Of Candy For Breakfast This Morning

I Broke Into Someone’s House

I Prank Called Someone

I Beat The Elite 4

I Searched My Favorite Childhood Fandom On Tumblr

I Surf The Internet

I Broke My Phone

I Code And Create Programs

I Was Defeated By Saitama From One Punch Man

I Completed The Slender Game

I Drove My Car Around With A Spare Tire

If you enjoyed this, then you’ll enjoy our other funny Spongebob memes. 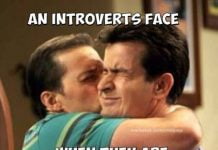 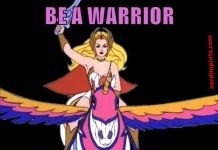 30 Inspirational Memes To Help You Reach Your Goals 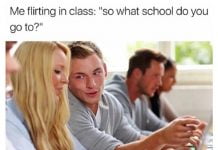 25 Flirting Memes That Will Make You Cringe 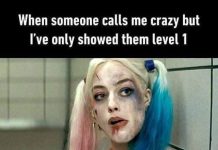