If there’s one thing that should be constantly present in our lives, it’s honesty. It’s what integrity is built on, and with integrity everything good manifests on its own. Honesty also makes us feel safe because it guarantees fairness: where there’s truth there’s justice.

Even relationships flourish with truth. We trust and we’re trusted because of mutual faith that’s earned by being honest. In the natural progression of things, it’s easy to see why honesty is a virtue. Lies only get you so far, the truth takes you all the way.

Here are 33 honesty quotes reminding us to be truthful always.

The establishment of any relationship, both individual and expert is honesty. – Alexander Mejia

Honesty is the first chapter in the book of wisdom. – Thomas Jefferson 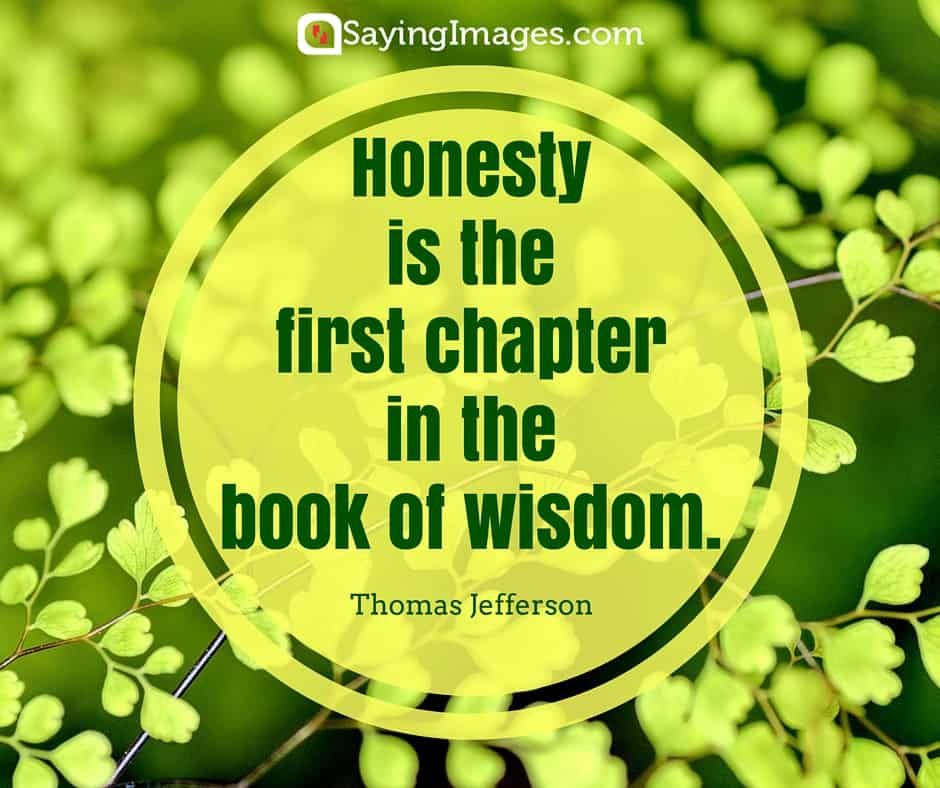 Honesty is the best policy – when there is money in it. – Mark Twain

In the long run, I believe that honesty is definitely the best policy. One can get away by being dishonest for a short term, but ultimately, honesty is what pays. – Kapil Dev

Whoever is careless with the truth in small matters cannot be trusted with important matters. – Albert Einstein 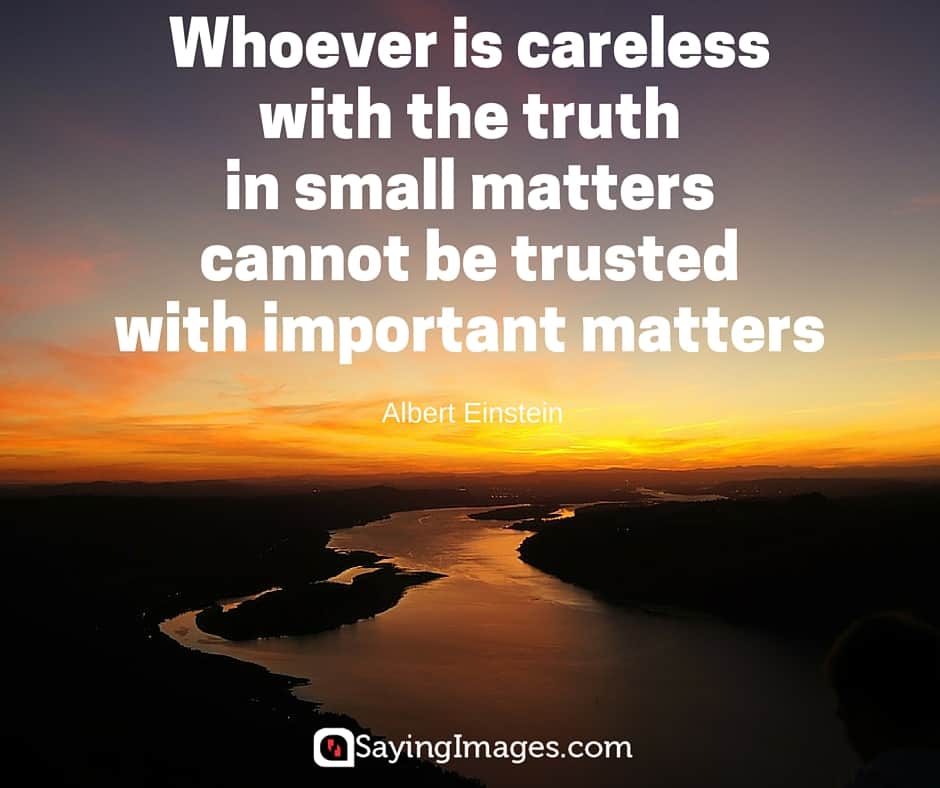 As you grew, we encouraged you to be open and direct. As you leave, never lose your honesty with those whom you speak. – Catherine Pulsifer

If you tell the truth you don’t have to remember anything. – Mark Twain

Nothing in this world is harder than speaking the truth, nothing easier than flattery. – Fyodor Dostoyevsky 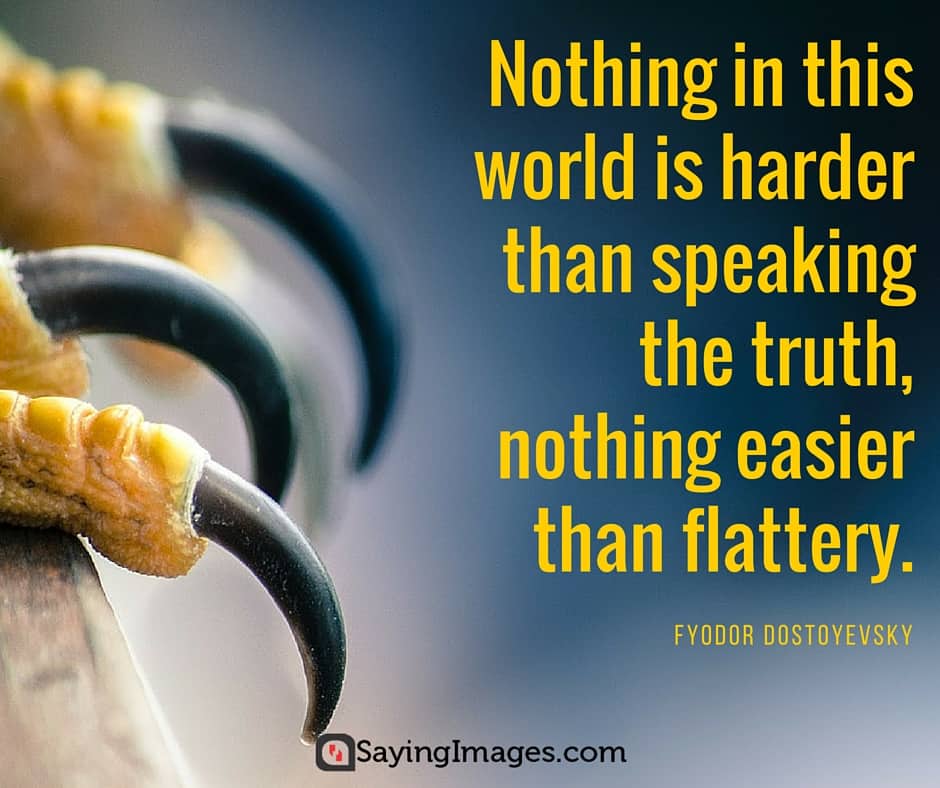 The greatest advantage of speaking the truth is that you don’t have to remember what you said.

To believe in something, and not to live it, is dishonest. – Mahatma Gandhi 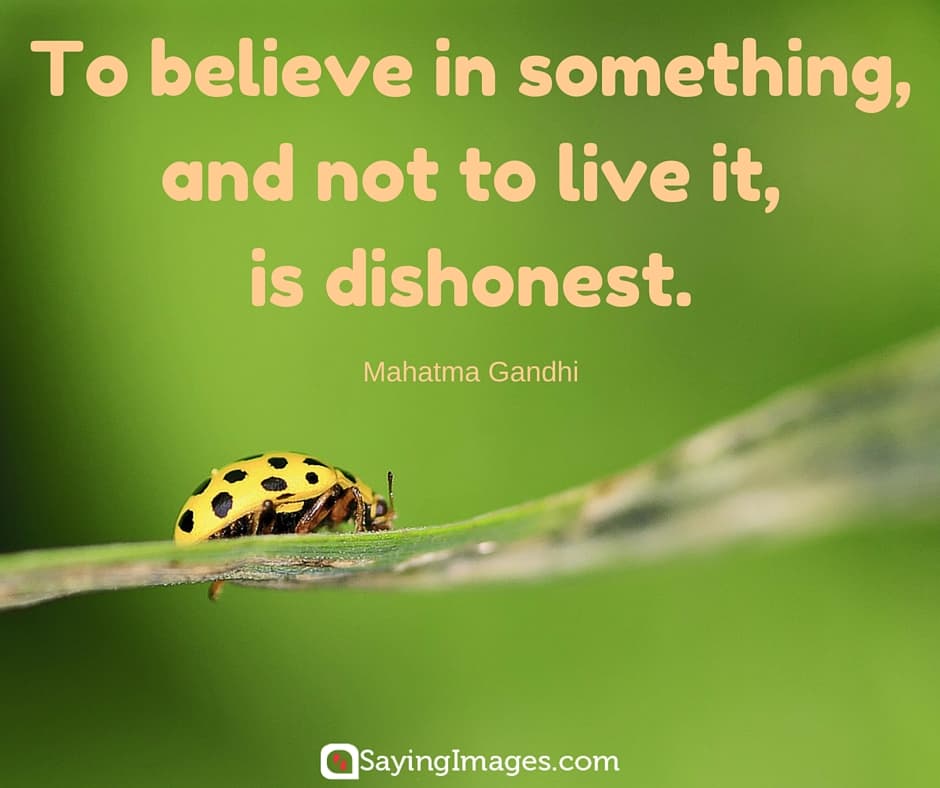 I’m just honest, I like that I don’t have to worry about what I say. I really don’t have the time or energy to pretend and I don’t want to live that way. – Angelina Jolie

Honesty is the rarest wealth anyone can possess, and yet all the honesty in the world ain’t lawful tender for a loaf of bread. – Josh Billings 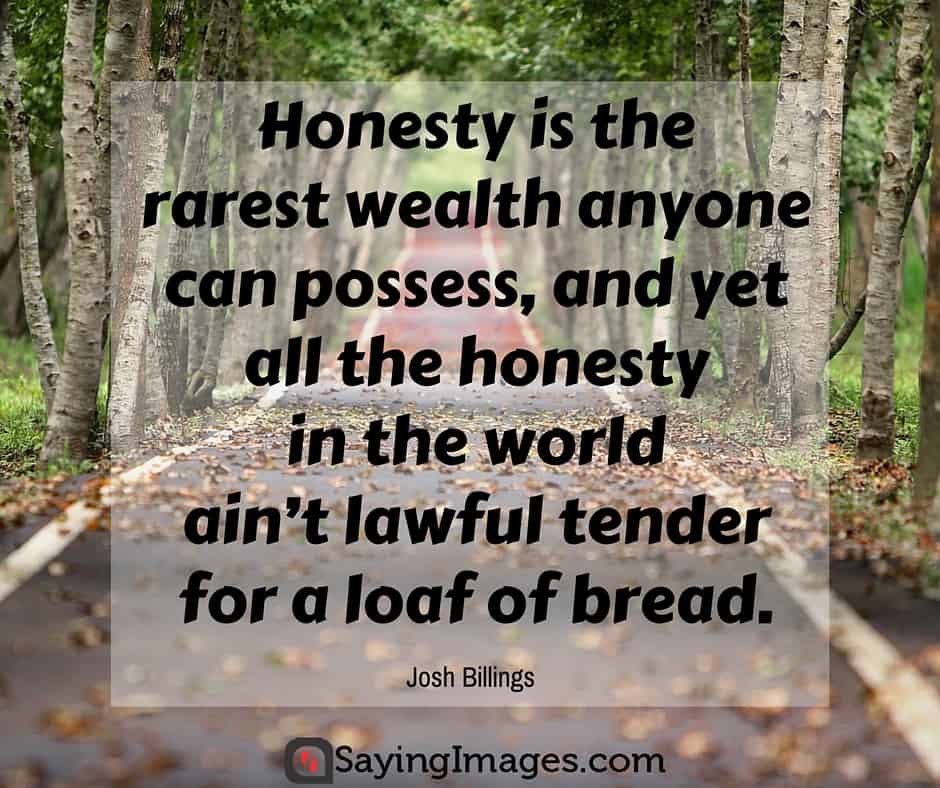 Here are the values that I stand for: honesty, equality, kindness, compassion, treating people the way you want to be treated and helping those in need. To me, those are traditional values. – Ellen DeGeneres

Honesty is a person’s most valuable asset. His or her good name, good reputation, and good word depend on the individual’s quality of honesty. A business that operates under the principles of profound honesty is elevated within the community. It is respected and treasured. The absence of honesty is a liability to an individual or business. – James H. Merkel

Honesty is the fastest way to prevent a mistake from turning into a failure. – James Altucher 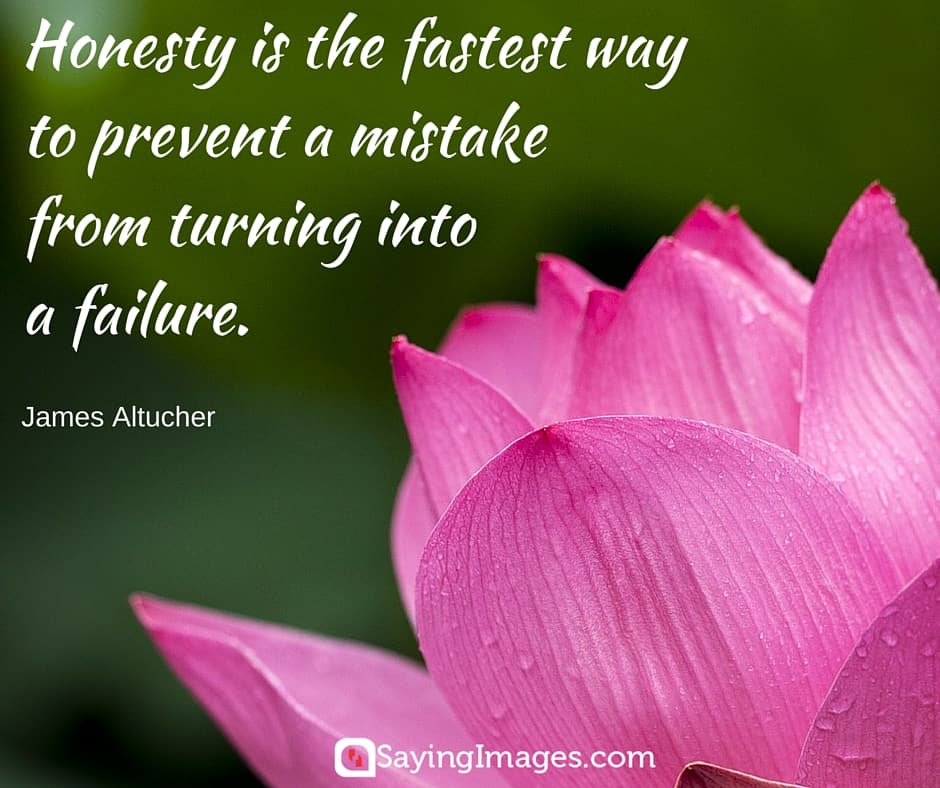 Make yourself an honest man, and then you may be sure there is one less rascal in the world. – Thomas Carlyle

If you truly want honesty, don’t ask questions you don’t really want the answer to.  – Proverb 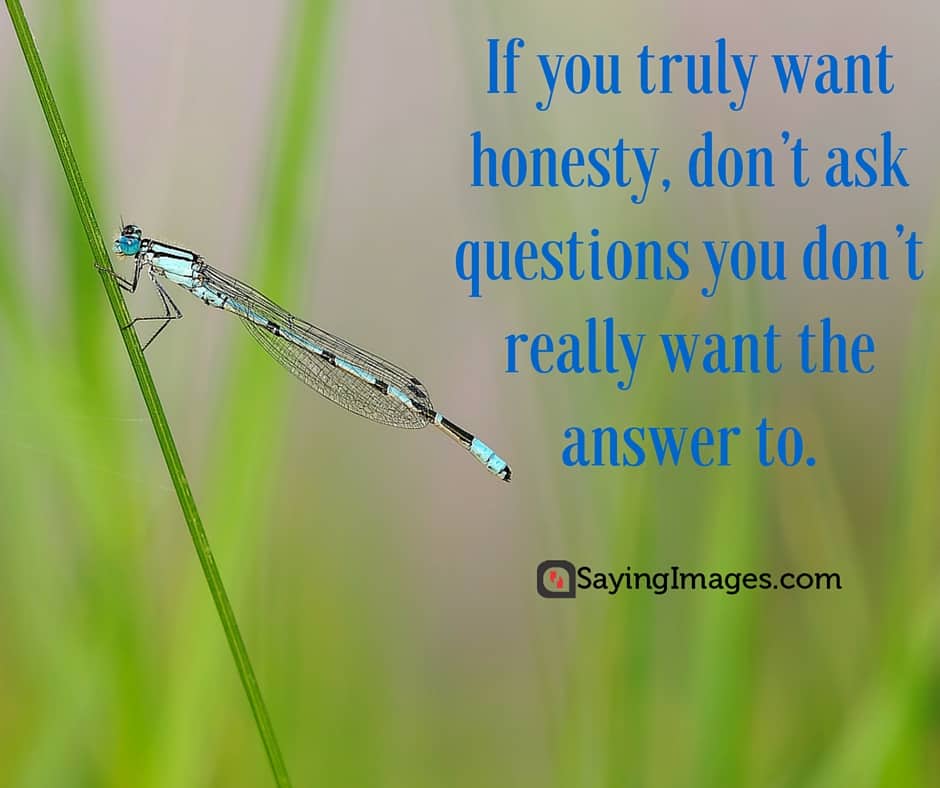 We learned about honesty and integrity – that the truth matters… that you don’t take shortcuts or play by your own set of rules… and success doesn’t count unless you earn it fair and square. – Michelle Obama

Honesty is the most single most important factor having a direct bearing on the final success of an individual, corporation, or product. – Ed McMahon

No legacy is so rich as honesty. – William Shakespeare 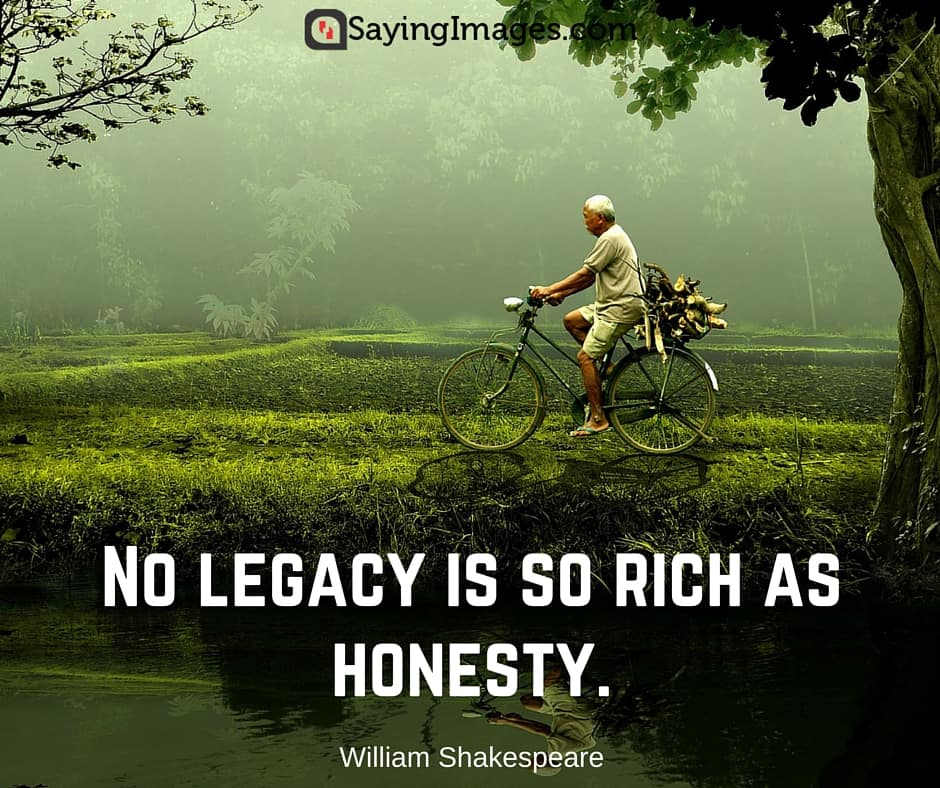 Honesty is the cruelest game of all, because not only can you hurt someone – and hurt them to the bone – you can feel self-righteous about it at the same time. – Dave Van Ronk

I believe fundamental honesty is the keystone of business. – Harvey S. Firestone 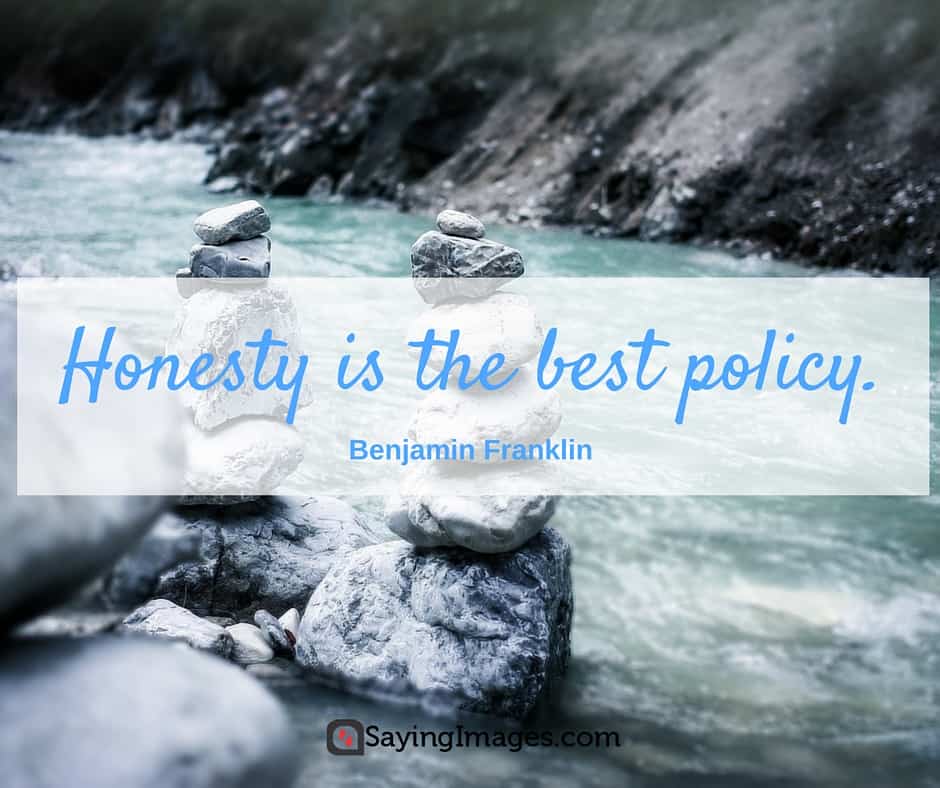 Honesty and integrity are by far the most important assets of an entrepreneur. – Zig Ziglar

Honesty is a very expensive gift, don’t expect it from cheap people.

I think the most important thing for me in a relationship is honesty. – Zac Efron 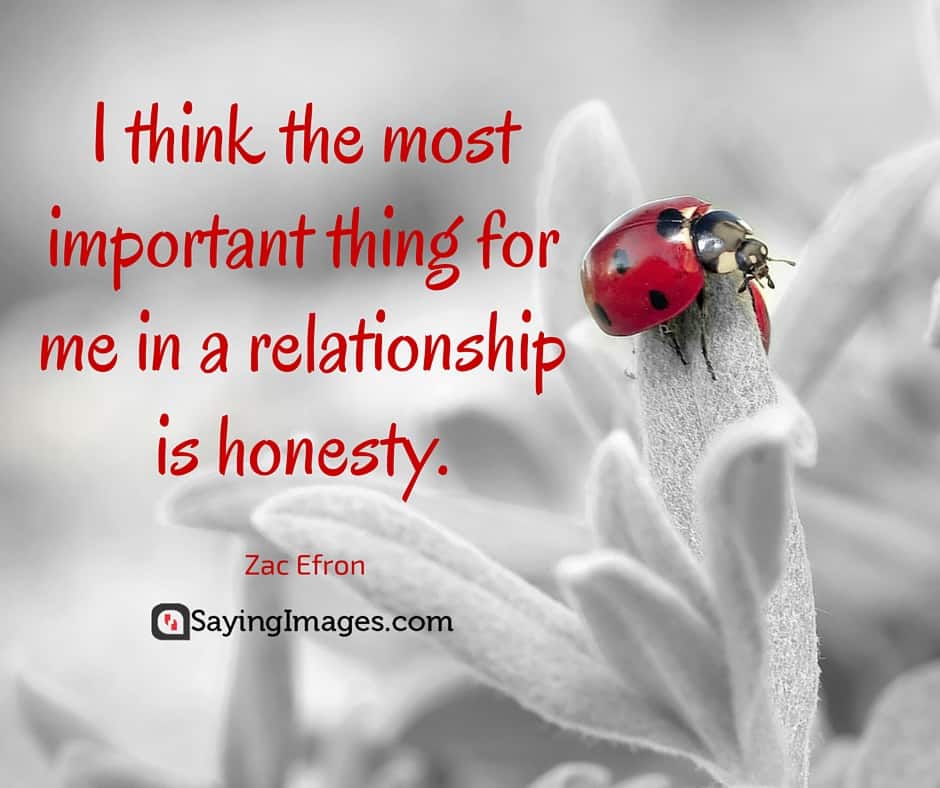 Honesty and loyalty are key. If two people can be honest with each other about everything, that’s probably the biggest key to success. – Taylor Lautner

I’d rather be honest than impressive.

All I’m ever looking for in my work in general is honesty and truth and people being real to themselves. – O Tillett Wright

Share these 33 honesty quotes to encourage others to always speak the truth.