It probably comes as no surprise but Happy Father’s Day quotes from daughters has its own post! This is because of the special bond that is shared between a father and his daughter.

While most children see their mothers as their hearts of hearts, a daughter sees her father in a different yet special light. A good father becomes the yard stick for all future male friendships and acquaintances. Subconsciously or not, daughters find somebody similar to their good fathers to share their lives with.

For a daughter, her father is an unrivaled hero. For a father, his daughter is an angel on earth. If you’ve ever attended wedding ceremonies, one of the most tearjerking moments by far is when fathers give away their daughters’ hand in marriage.

On this special day, Saying Images shares the best quotes, messages, and wise sayings about fathers and their daughters. Happy Father’s day from your beloved daughter!

FATHER: a son’s first hero… and a daughter’s first love. 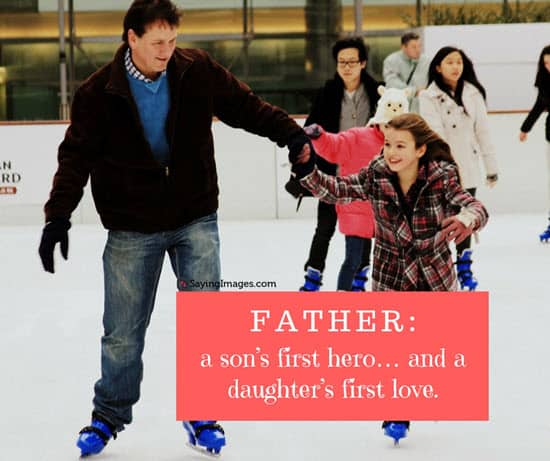 Every girl may not be a queen to her husband,
But she is always a princess to her father. 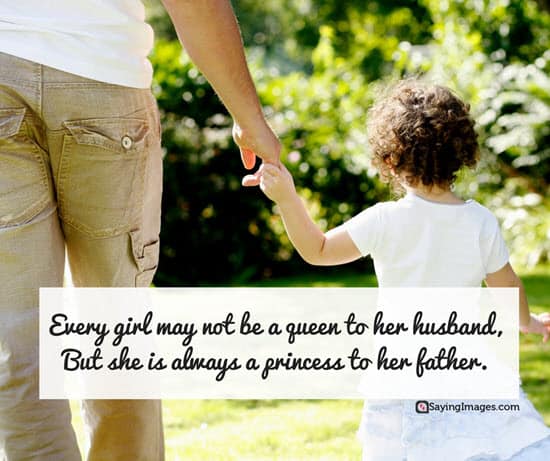 Fathers, be good to your daughters.
You are the god and the weight of her world.
Happy Father’s Day! 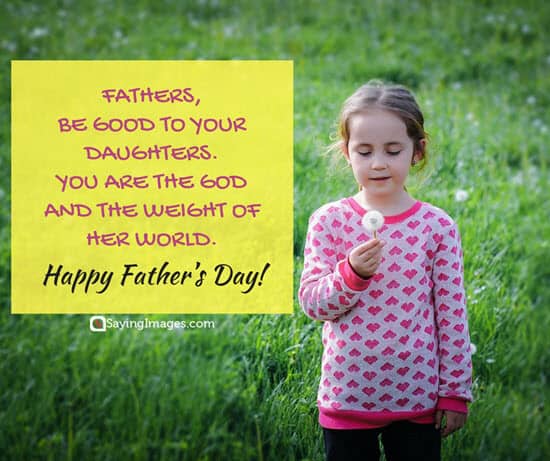 It’s only when you grow up, and step back from him, or leave him for your own career and your own home — it’s only then that you can measure his greatness and fully appreciate it. Pride reinforces love. – Margaret Truman

My father gave me the greatest gift anyone could give another person, he believed in me. – Jim Valvano

There’s something like a line of gold thread running through a man’s words when he talks to his daughter, and gradually over the years it gets to be long enough for you to pick up in your hands and weave into a cloth that feels like love itself. – John Gregory Brown 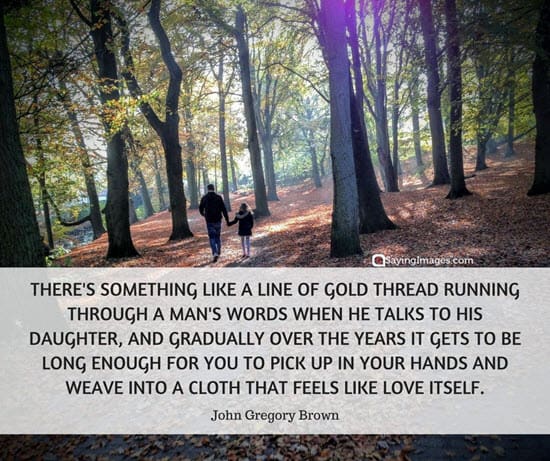 Dad, for all those times I left it unsaid. Thank you. Thanks for being there for me, for showing me the way, for being patient with me even when I made it difficult for you, for believing in me and encouraging me to dream, and being such an inspiring presence in my life. 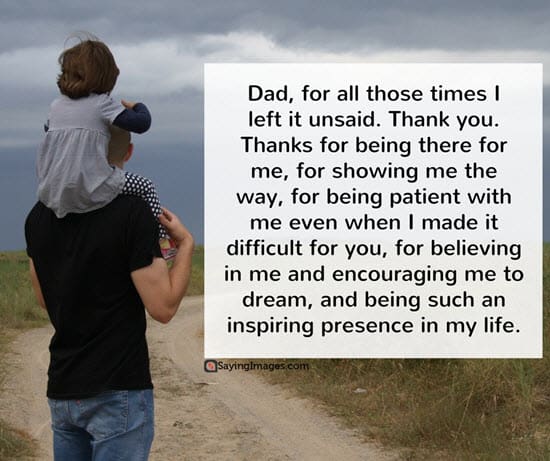 A Father is the greatest gift I have from God. 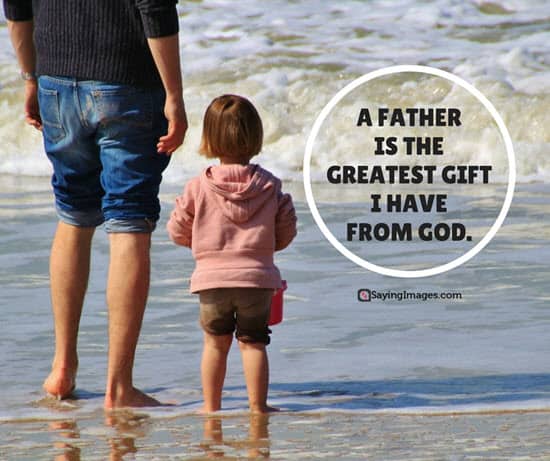 Father’s is a daughter first love, a son first hero.

I am not ashamed to say that no man I ever met was my father’s equal, and I never loved any other man as much. – Hedy Lamarr 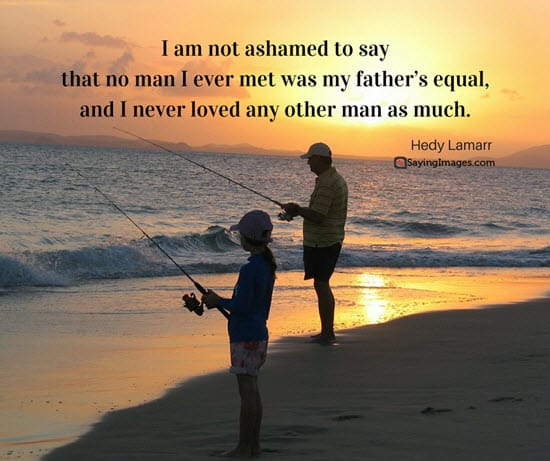 Any man can be a father but it takes someone special to be a dad. Happy Father’s Day! 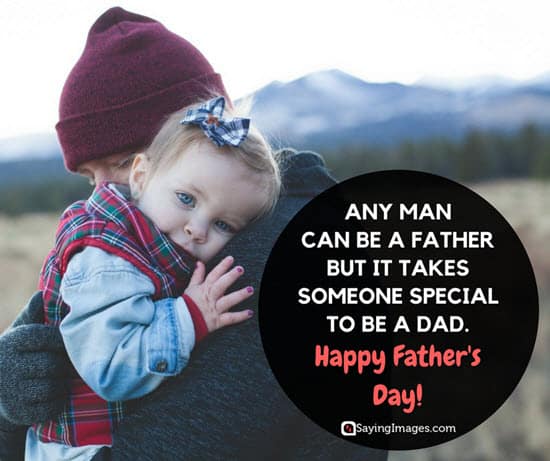 I think my mom put it best. She said, “Little girls soften their daddy’s hearts.” 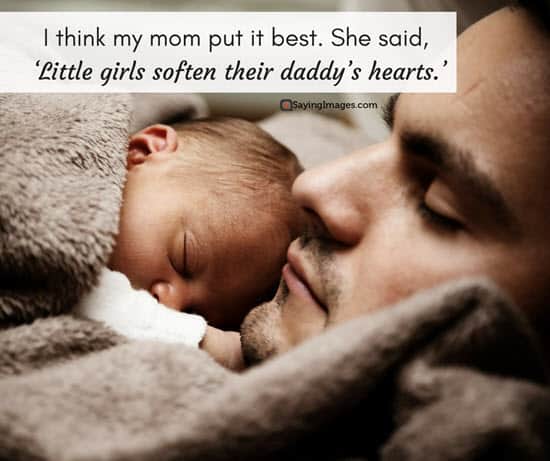 The father of a daughter is nothing but a high-class hostage. A father turns a stony face to his sons, berates them, shakes his antlers, paws the ground, snorts, runs them off into the underbrush, but when his daughter puts her arm over his shoulder and says, “Daddy, I need to ask you something”, he is a pat of butter in a hot frying pan. – Garrison Keillor

To a father growing old, nothing is dearer than a daughter. Happy Father’s Day! 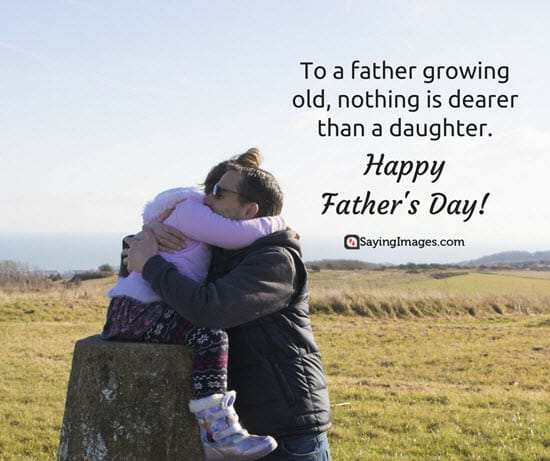 Share these beautiful quotes to your beloved father on Father’s Day!

For more Father’s day quotes, card and messages, visit these:

22 Easter Bible Verses For a Sunday of Redemption

30 Best Health Quotes: Living Life On The Edge Is Living It Healthy

Forgiveness Quotes: To Forgive Is The True Measure of Strength

Native American Quotes On Life’s Purpose and Leaving a Mark

30 Art Quotes On Art and the Beauty That Inspires It

20 Most Offensive Memes You’ll Be Really Happy to See