How else to honor the air we breathe, the land with which we grow our food, and the water that revives us than to protect the very source of it all? For the first time, Earth Day was celebrated on April 22, 1970. There were several factors that led to the initiation of Earth Day, the need for environmental changes being the most obvious. However, the urgency for the protection of our planet was pushed and spearheaded by certain people.

Rachel Carson, for instance, documented the detrimental effects of pesticides in her book Silent Spring. Opening the eyes of the American public to the dangers of chemicals, she brought about changes and inspired an environmental movement. Finally, in 1970, Earth Day was founded by US Senator Gaylord Nelson. Initially starting as an educational forum tackling environment-related issues, it has since evolved into something more meaningful.

Subsequent Earth Day movements became bigger and grander as they launched on a global scale across countries and now using the Internet as a means and platform to reach even more people. With nearly 200 countries participating, Earth Day unites individuals from around the world with one clear message: the Earth needs saving and it’s up to us to do something about it. Our planet sustains the very life we put so much value on, allowing us to live and to thrive. The least we can do is to not destroy it.

Fellow Earth lovers, which should be all of us, share these Earth Day quotes with friends and family to help spread awareness.

On Earth Day, we celebrate all the gifts the world and nature make available to us. We recognize our complete dependence on its bounty. And we acknowledge the need for good stewardship to preserve its fruits for future generations. – John Hoeven

Earth Day should encourage us to reflect on what we are doing to make our planet a more sustainable and livable place. – Scott Peters

He that plants trees loves others beside himself. – Thomas Fuller 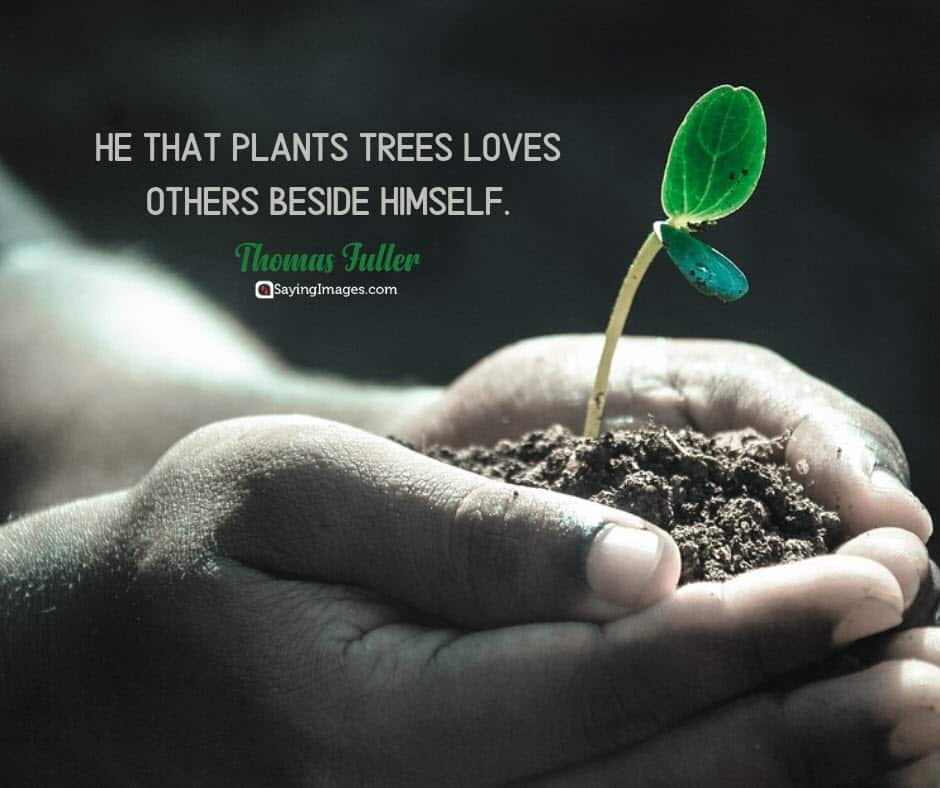 Every day is Earth Day.

There is hope if people will begin to awaken that spiritual part of themselves, that heartfelt knowledge that we are caretakers of this planet. – Brooke Medicine Eagle

If we are ever to halt climate change and conserve land, water and other resources, not to mention reduce animal suffering, we must celebrate Earth Day every day – at every meal. – Ingrid Newkirk 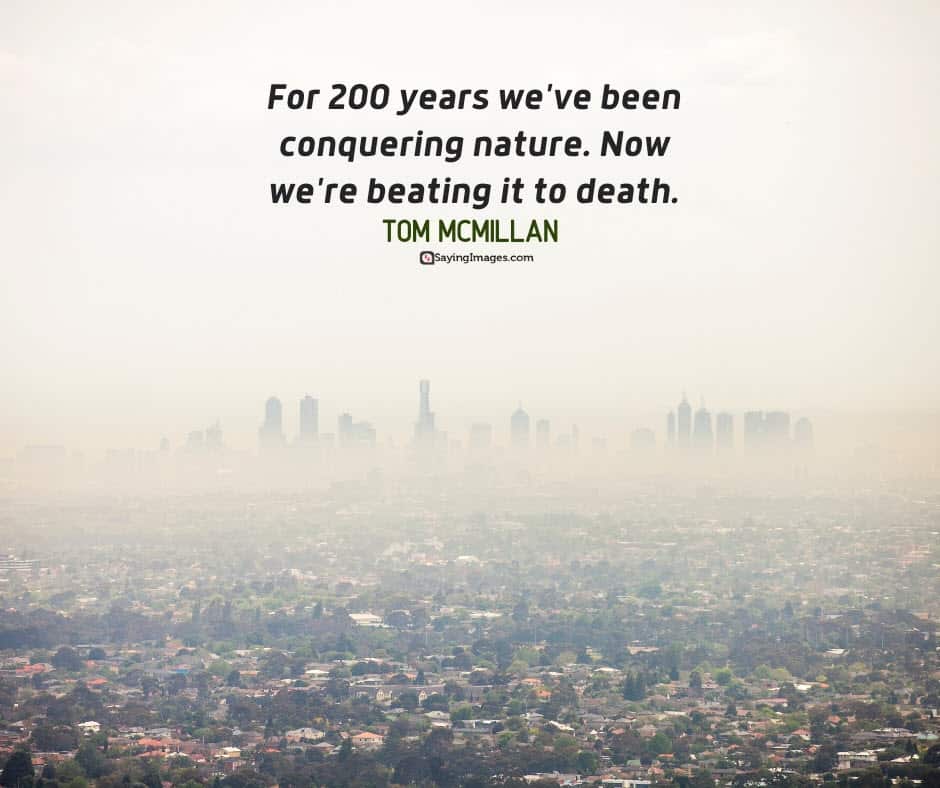 Every New Yorker has the right to clean air, safe drinking water, and healthy communities to raise their children – and you can rest assured that I will aggressively protect that right, not just on Earth Day, but every day. – Eric Schneiderman

Every day is Earth Day, and I vote we start investing in a secure climate future right now. – Jackie Speier

We do not inherit the earth from our ancestors, we borrow it from our children. – Native American Proverb 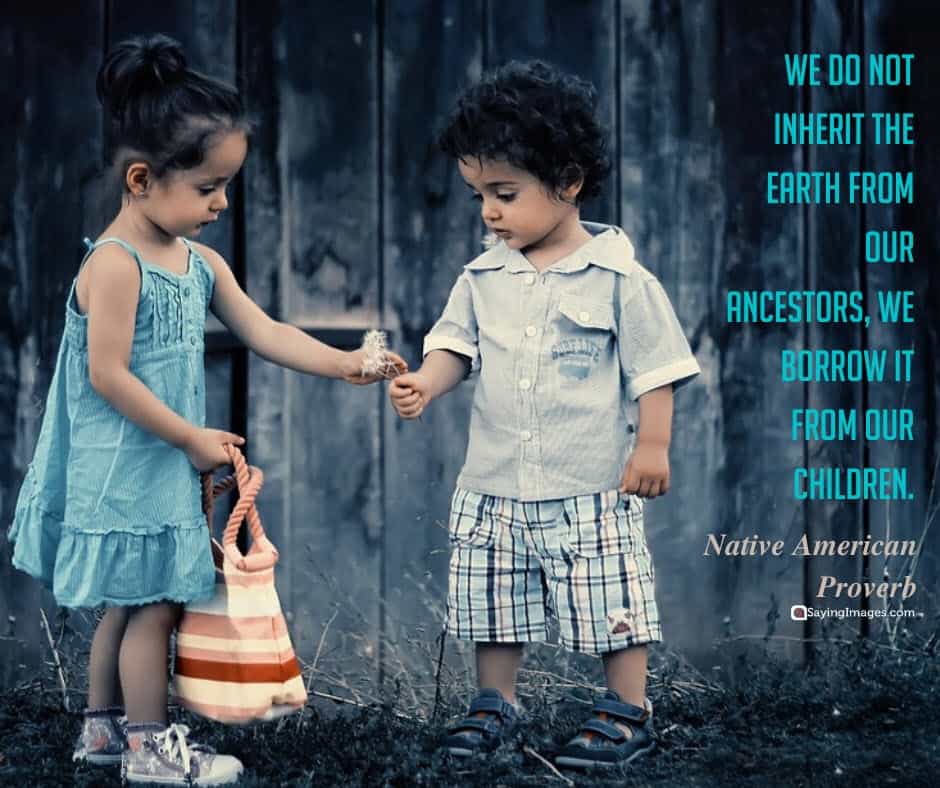 We have met the enemy and he is us. – Walt Kelly 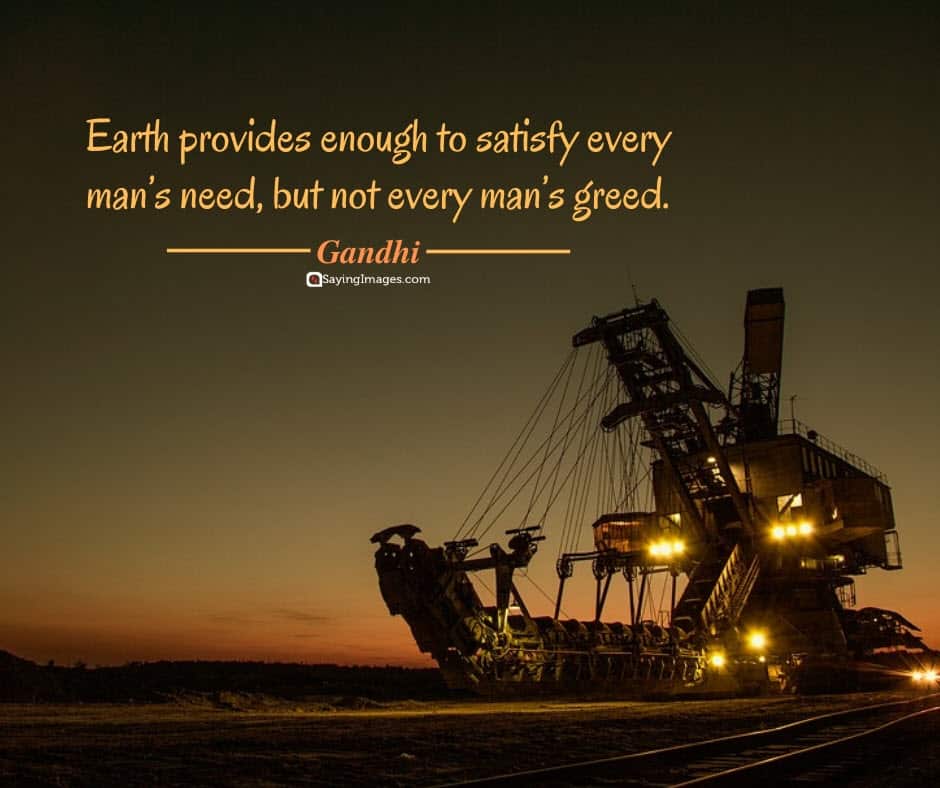 I really wonder what gives us the right to wreck this poor planet of ours. – Kurt Vonnegut Jr.

Save the Earth, it’s our only source of chocolate!

The earth is what we all have in common. – Wendell Berry 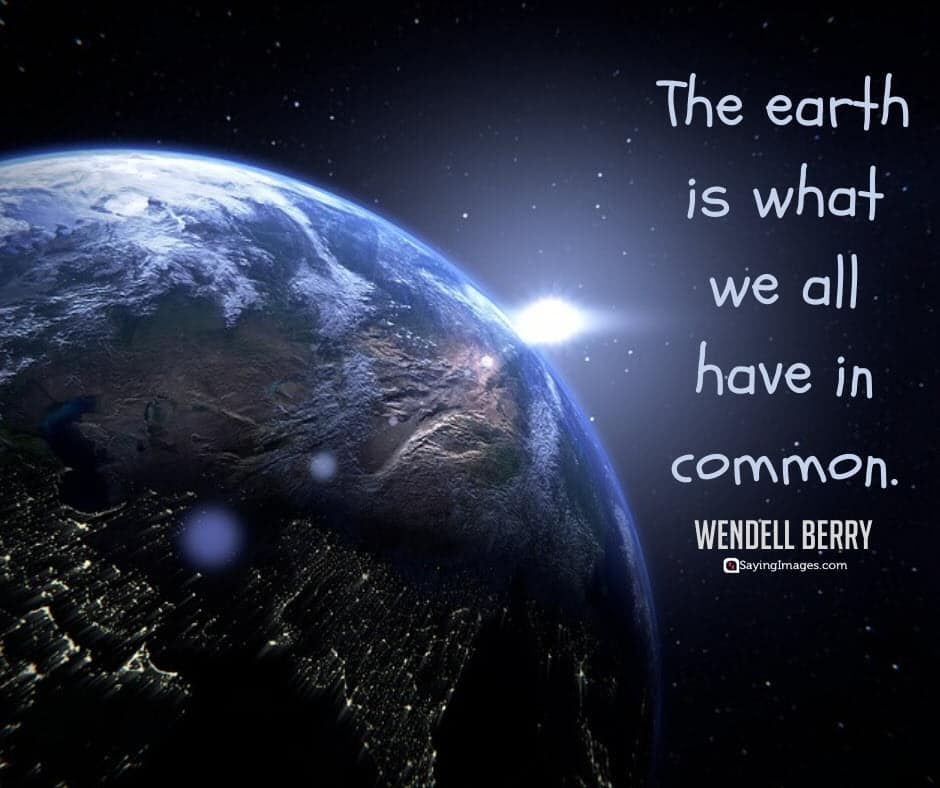 There are no passengers on Spaceship Earth. We are all crew. – Marshall McLuhan

When the well’s dry, we know the worth of water. – Benjamin Franklin

It is our collective and individual responsibility to protect and nurture the global family, to support its weaker members and to preserve and tend to the environment in which we all live. – Dalai Lama 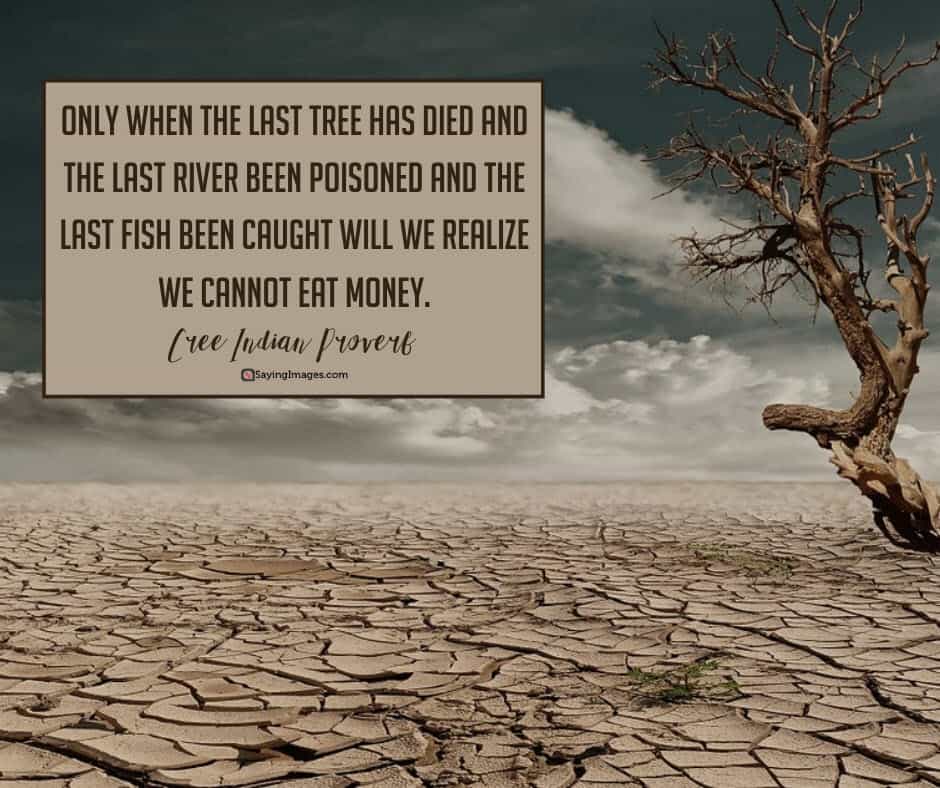 Be the change you wish to see in this world. – Gandhi

Forget not that the earth delights to feel your bare feet, and the winds long to play with your hair. – Kahlil Gibran

What is the use of a house if you haven’t got a tolerable planet to put it on? – Henry David Thoreau 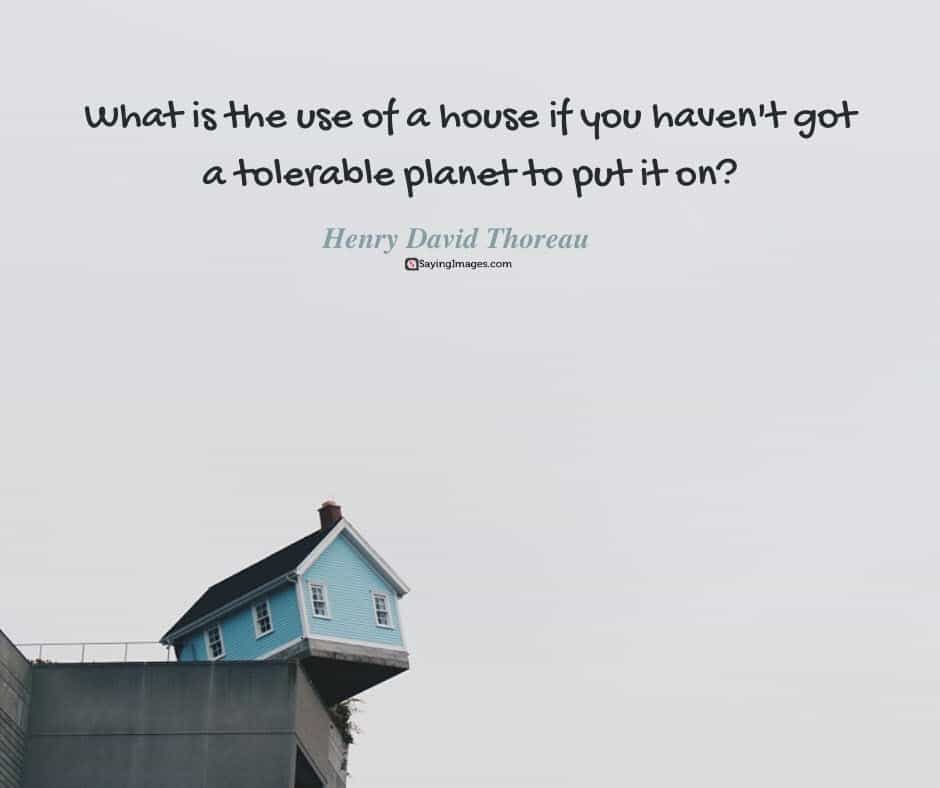 Man must feel the earth to know himself and recognize his values…. God made life simple. It is man who complicates it. – Charles A. Lindbergh

And this, our life, exempt from public haunt, finds tongues in trees, books in the running brooks, sermons in stones, and good in everything. – William Shakespeare

Those who contemplate the beauty of the Earth find reserves of strength that will endure as long as life lasts. – Rachel Carson 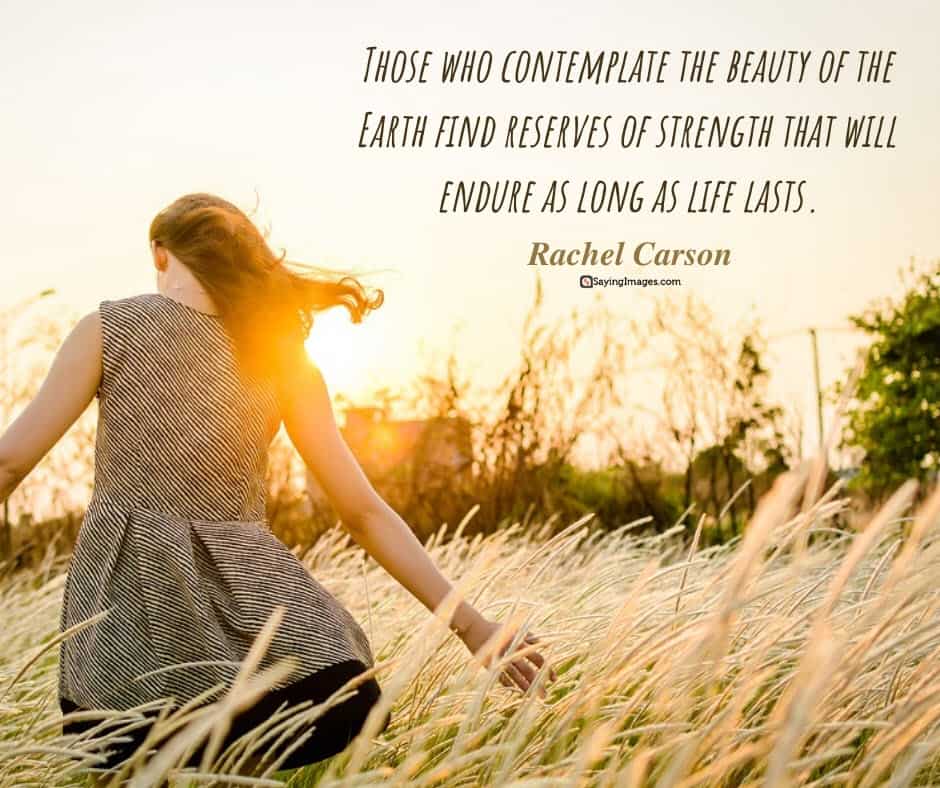 Nature does not hurry, yet everything is accomplished. – Lao Tzu

Trees are Earth’s endless effort to speak to the listening heaven. – Rabindranath Tagore 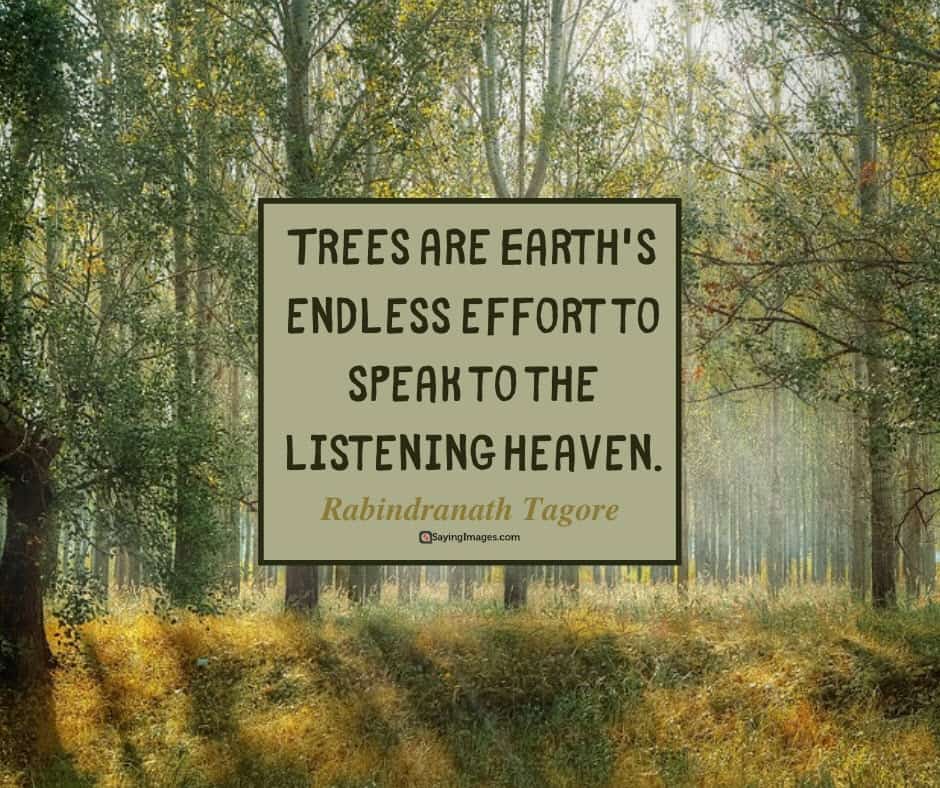 When one tugs at a single thing in nature, he finds it attached to the rest of the world. – John Muir

Look deep into nature and you will understand everything better. – Einstein

There’s so much pollution in the air now that if it weren’t for our lungs there’d be no place to put it all. – Robert Orben 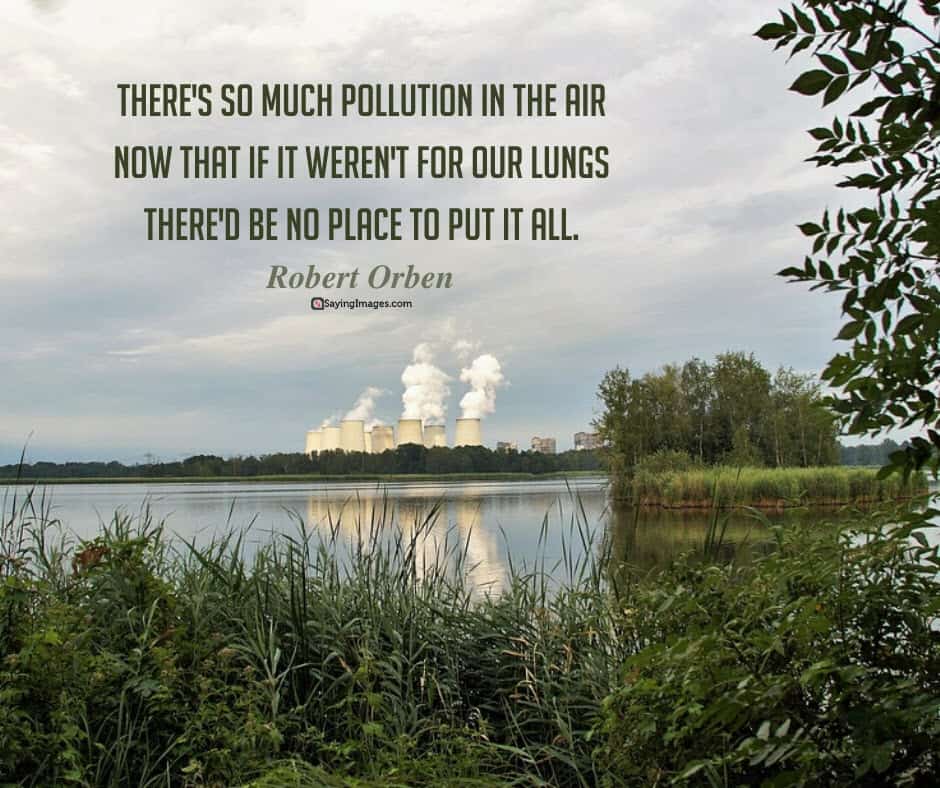 The Earth has a skin and that skin has diseases, one of its diseases is called man.  – Friedrich Nietzsche

Help spread the important message of protecting the planet by sharing these 35 Earth Day quotes on social media.