For dog lovers and pet lovers alike, you’ll enjoy these sweet and inspiring dog quotes. March 13 is National K9 Veterans Day but let’s remember our brave dog friends every day of the year!

A dog is the only thing on earth that loves you more than he loves himself. -Josh Billings

I think dogs are the most amazing creatures; they give unconditional love. For me, they are the role model for being alive. -Gilda Radner

I think we are drawn to dogs because they are the uninhibited creatures we might be if we weren’t certain we knew better. They fight for honor at the first challenge, make love with no moral restraint, and they do not for all their marvelous instincts appear to know about death. Being such wonderfully uncomplicated beings, they need us to do their worrying. -George Bird Evans, Troubles with Bird Dogs

When a dog barks at the moon, then it is religion; but when he barks at strangers, it is patriotism! -David Starr Jordan

There is no faith which has never yet been broken, except that of a truly faithful dog. –Konrad Lorenz

Even the tiniest poodle is lionhearted, ready to do anything to defend home, master, and mistress. -Louis Sabin

Dogs have given us their absolute all. We are the center of their universe, we are the focus of their love and faith and trust. They serve us in return for scraps. It is without a doubt the best deal man has ever made. -Roger Caras

No animal I know of can consistently be more of a friend and companion than a dog. -Stanley Leinwoll 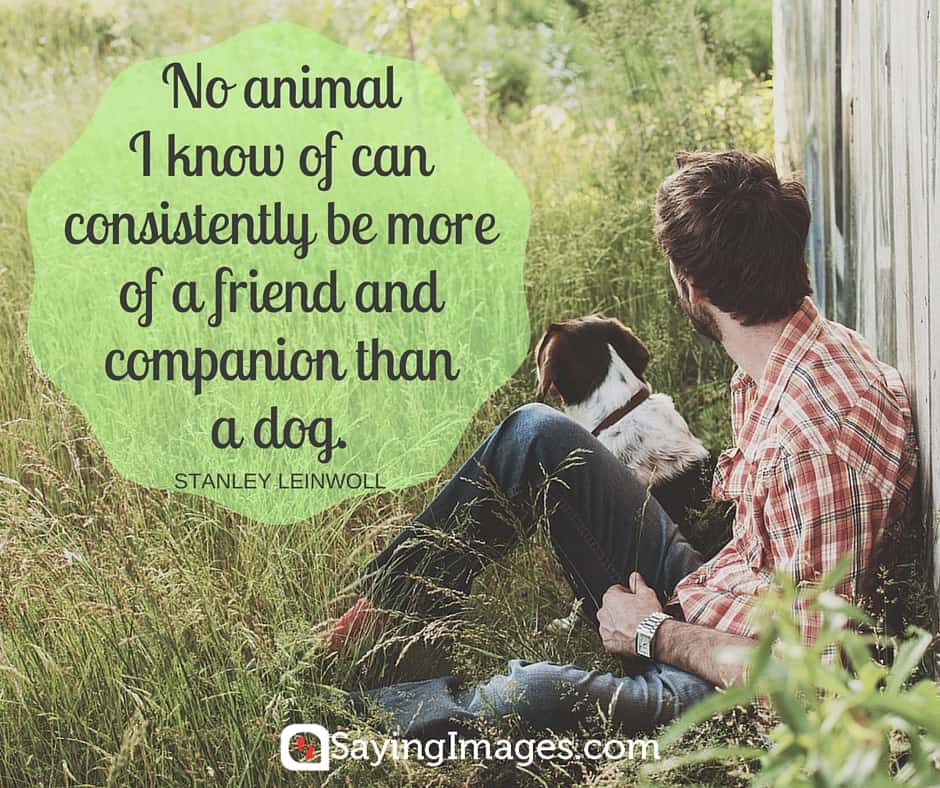 Dogs love their friends and bite their enemies, quite unlike people, who are incapable of pure love and always have to mix love and hate. -Sigmund Freud

None are as fiercely as dog. In return, no doubt, for the never-ending loyalty of dogs. -Linda Shrieves

A good dog never dies, he always stays, he walks besides you on crisp autumn days when frost is on the fields and winter’s drawing near, his head within our hand in his old way. -Anonymous

He is your friend, your partner, your defender, your dog. You are his life, his love, his leader. He will be yours, faithful and true, to the last beat of his heart. You owe it to him to be worthy of such devotion. -Unknown

The world would be a nicer place if everyone had the ability to love as unconditionally as a dog. -M. K. Clinton

A dog can’t think that much about what he’s doing, he just does what feels right. -Barbara Kingsolver

Dogs really are perfect soldiers. They are brave and smart; they can smell through walls, see in the dark, and eat Army rations without complaint. -Susan Orlean 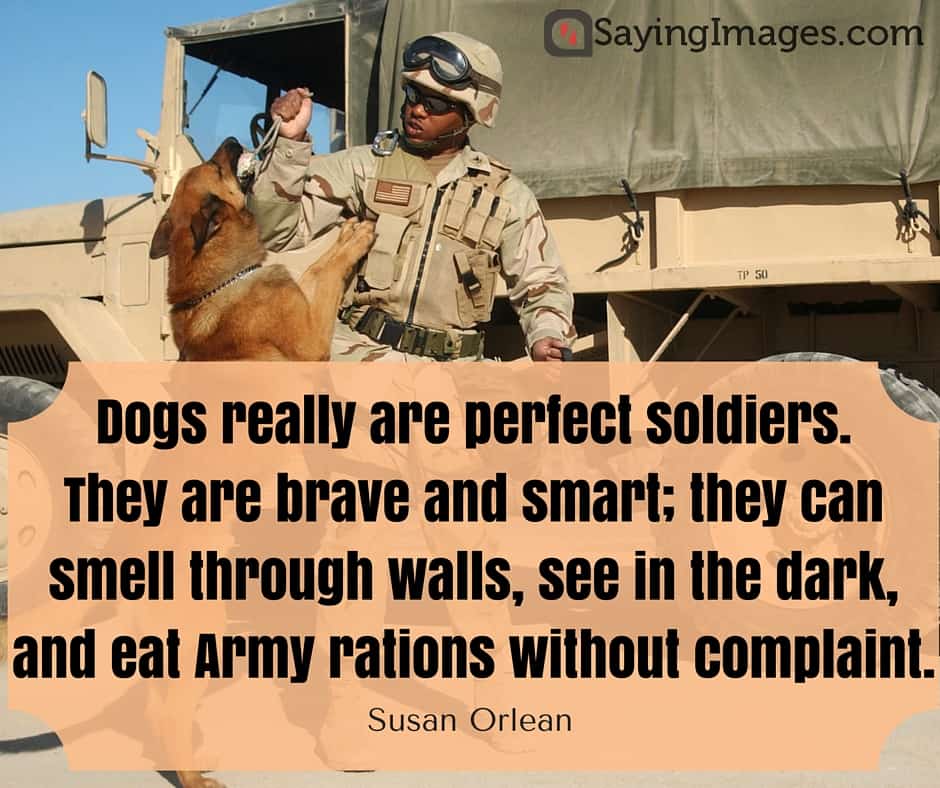 When you have dogs, you witness their uncomplaining acceptance of suffering, their bright desire to make the most of life in spite of the limitations of age and disease, their calm awareness of the approaching end when their final hours come. They accept death with a grace that I hope I will one day be brave enough to muster. -Dean Koontz, A Big Little Life: A Memoir of a Joyful Dog

A hound will die for you, but never lie to you. -George R. R. Martin 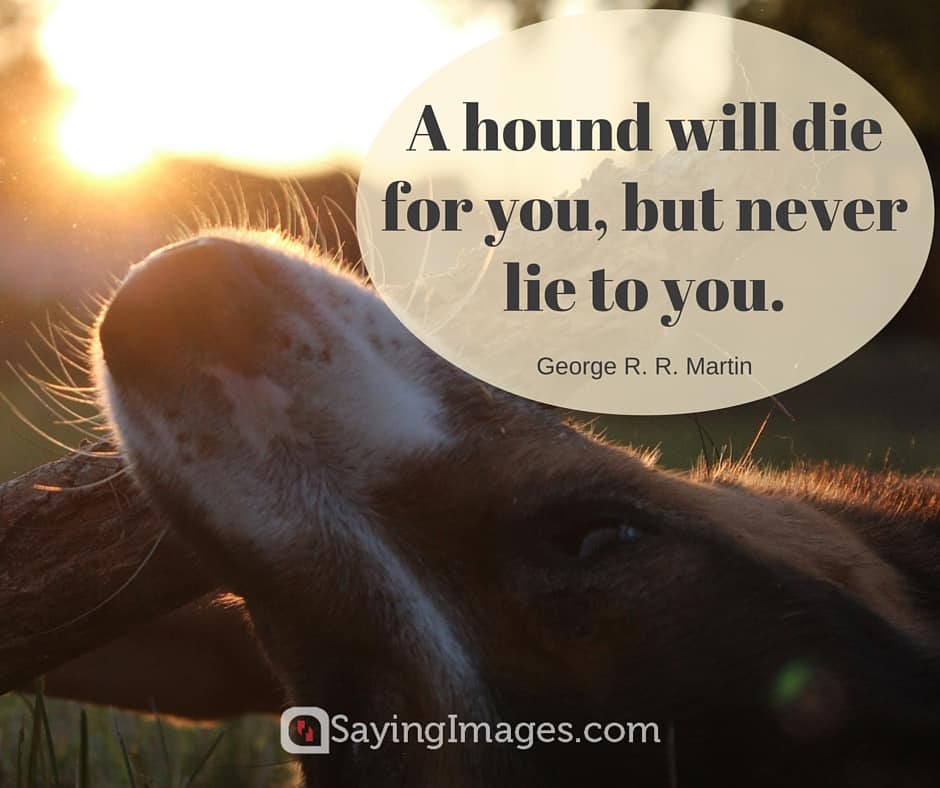 I believe in integrity. Dogs have it. Humans are sometimes lacking it. -Cesar Millan

Many of the qualities that come so effortlessly to dogs—loyalty, devotion, selflessness, unflagging optimism, unqualified love—can be elusive to humans. -John Grogan 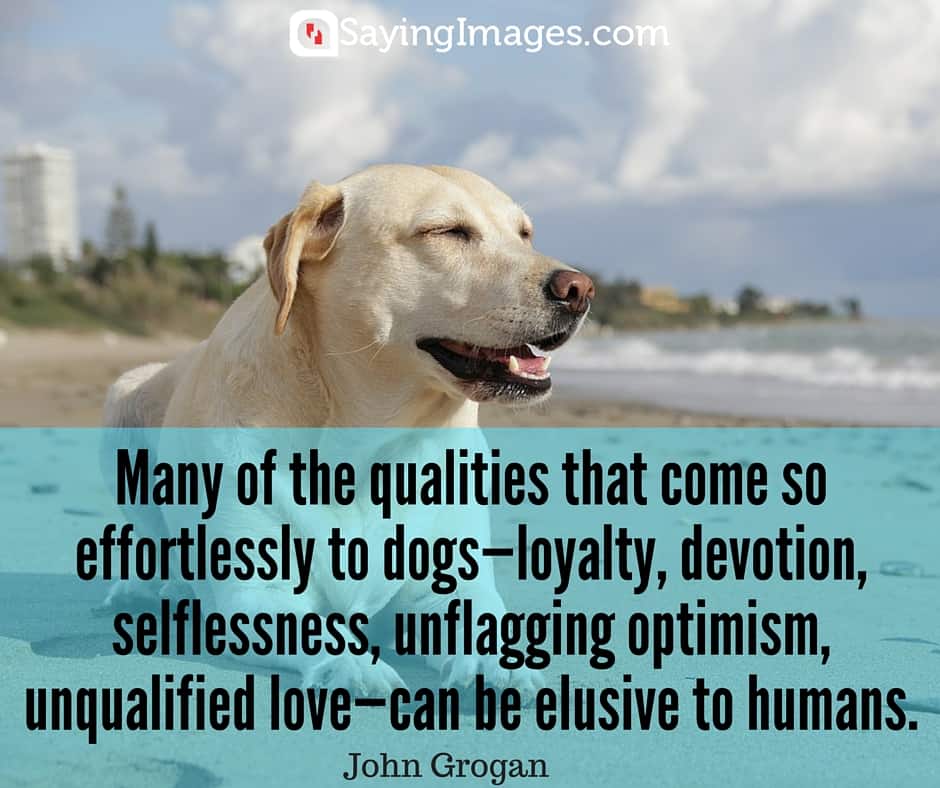 Dogs die. But dogs live, too. Right up until they die, they live. They live brave, beautiful lives. They protect their families. And love us. And make our lives a little brighter. And they don’t waste time being afraid of tomorrow. -Dan Gemeinhart, The Honest Truth

Let’s give a big huzzah for our loyal canine pets. Don’t forget to share our dog quotes and pinnable images!

30 Passion Quotes: Your Journey to Self-Discovery

30 Ernest Hemingway Quotes on Living, Lasting, and Letting the Light In

20 Cute Pig Memes That Will Surely Steal Your Heart