Chris Christie, or Christopher James Christie, is a lobbyist and American politician. His name went all over the internet after he and his family were caught enjoying the sun in a closed New Jersey-state beach after he ordered a shutdown of state parks and beaches all weekend. The public didn’t take it well and they expressed their wrath with tons of Chris Christie memes.

What I Said Was

Marco Rubio Doesn’t Have The Experience To Be President

Time For Some Traffic Problems

Too Fat To Run

I Don’t Delay Traffic To Get Back At Political Opponents

I Am Going To Eat

We Do Not Burn Bridges

I Will Do To America

Don’t forget to share these Chris Christie memes with your friends!

30 Kobe Bryant Quotes On Greatness That Lives On 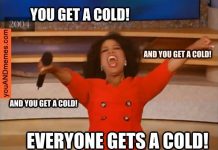 40 Hilarious Memes About Being Sick