Becoming braver isn’t something you can do overnight. It can take time and a lot of hard work before you can get over your fears. You need to be strongly committed and dedicated to the changes you want before they can happen.

If you are in the process of learning how to overcome your deepest fears and challenges, we’re here to cheer you on. Here’s our collection of bravery quotes to motivate you.

The best way out is always through. – Robert Frost

There is a certain enthusiasm in liberty, that makes human nature rise above itself, in acts of bravery and heroism. – Alexander Hamilton

Bravery is the engine of change. – Aisha Tyler

Quality in a classical Greek sense is how to live with grace and intelligence, with bravery and mercy. – Theodore White

Now I have the bravery to do fine things. – Gabriela Sabatini

Let bravery be thy choice, but not bravado. – Menander

Greatness, in the last analysis, is largely bravery – courage in escaping from old ideas and old standards and respectable ways of doing things. – James Harvey Robinson

There’s nothing but brutality and bravery or cowardice that comes out of war. That’s pretty much it. – Michael Cimino

Success is not final, failure is not fatal: it is the courage to continue that counts. – Winston S. Churchill

A brave man acknowledges the strength of others. – Veronica Roth

Bravery is being the only one who knows you’re afraid. – Franklin P. Jones

It takes courage to grow up and become who you really are. – E.E. Cummings

Being brave means knowing that when you fail, you don’t fail forever. – Lana Del Rey

Have the courage to follow your heart and intuition. They somehow already know what you truly want to become. – Steve Jobs

Fortune always favors the brave, and never helps a man who does not help himself. – P. T. Barnum

To me, bravery is to stand up for what you believe in. – Sophie Turner

You cannot swim for new horizons until you have courage to lose sight of the shore. ― William Faulkner

The topic of leadership is a touchy one. A lot of leaders fail because they don’t have the bravery to touch that nerve or strike that chord. Throughout my years, I haven’t had that fear. – Kobe Bryant

I feel like my secret magic trick that separates me from a lot of my peers is the bravery to be vulnerable and truthful and honest. – Katy Perry 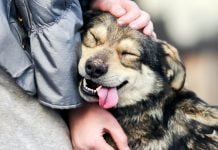 30 Losing Someone Quotes: To Love is to Grieve