If you’re looking for Blackpink memes, you’re either a Blink or you have a friend or family who’s a Blink. We can’t blame you for being a fan. Blackpink is one of the most popular girl groups of their generation in South Korea. Members Rosé, Jennie, Lisa, and Jisoo form a tight-knit group of four who have an excellent track record in singing, dancing, rapping, and performing. Make sure to watch their Coachella guesting because that totally rocks.

Below are some funny Blackpink memes. You’ll see a lot of derp faces but it just makes them all the more relatable and adorable.

When Some Old Guy Flirts

When You’ve Got Something

17 Avatar Memes to Save You From Feeling the Blues

22 Golden Globes Memes to Cheer You Up… Big Time 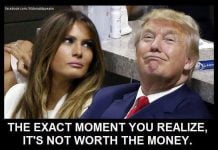 20 Sugar Daddy Memes That Are Too Funny Not To Share

15 Borat Memes That Are So Bad You’ll Laugh