Loyalty is precious. It is the backbone of any relationship, until it breaks and breeds betrayal. When someone you love betrays you, it’s not only maddening. It’s also confusing and sad. How could someone you thought you know and care about you betray your trust? In the end, it all comes down to facing your pain and getting through it. Nothing gives life useful lessons than a heartbreak.

These betrayal quotes could help ease your emotional struggles. After all, it’s not your fault — someone’s betrayal tells more about them than it does about you.

Don’t tell me what they said about me. Tell me why they were so comfortable to say it around you.

Falling out of love is hard, falling for betrayal is worse, broken trust and broken hearts. 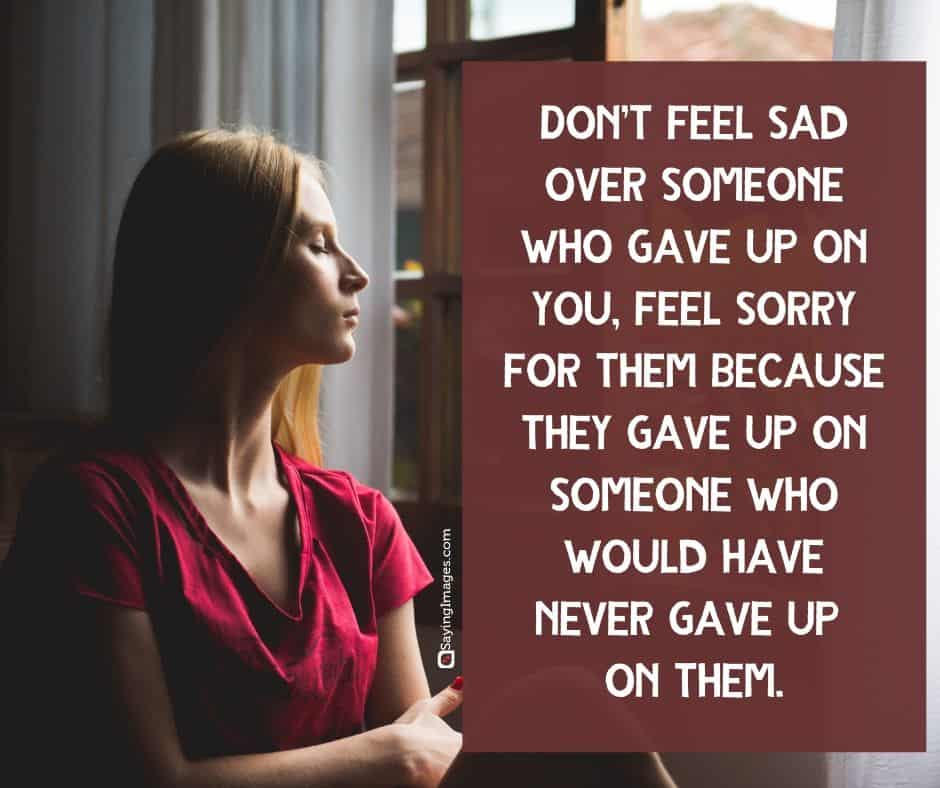 Yes I’ve changed. Only because I’ve been hurt by the people I never thought would.

The worst pain in the world goes beyond the physical. Even further beyond any other emotional pain one can feel. It is the betrayal of a friend. – Heather Brewer 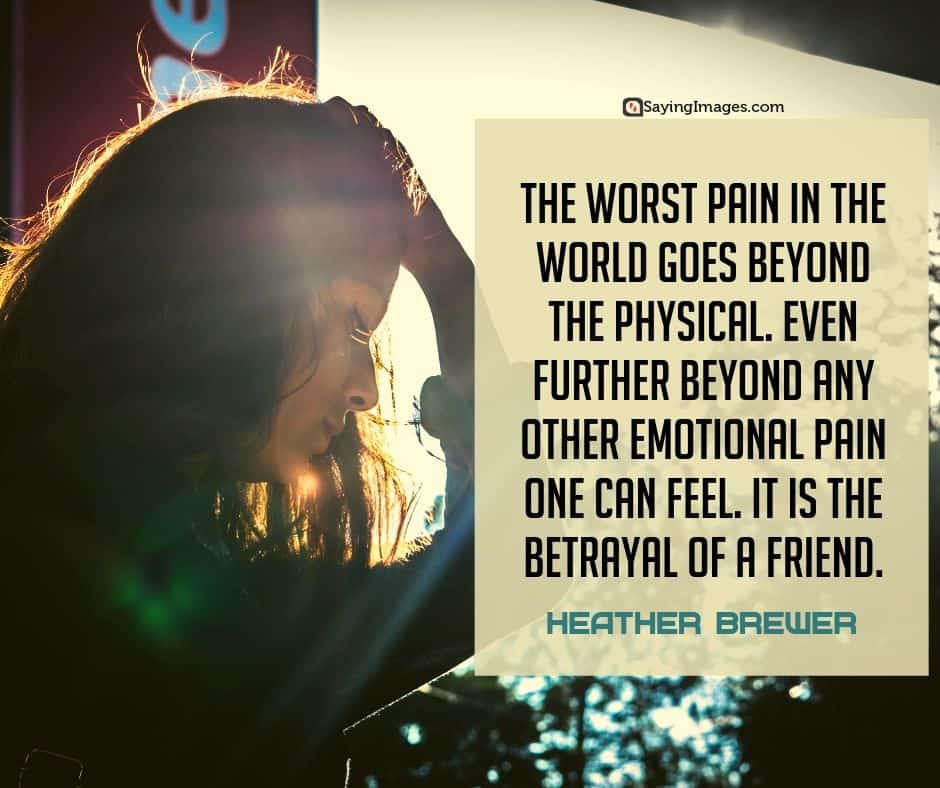 He that has eyes to see and ears to hear may convince himself that no mortal can keep a secret. If his lips are silent, he chatters with his fingertips; betrayal oozes out of him at every pore. – Sigmund Freud

Sometimes blood isn’t thicker than water and family will cross you quicker than strangers.

I will cut people out of my life with no hesitation, no explanation, and no warning if they do phony shit, or I feel they can’t be trusted. I’m getting too old to be hanging out with people who don’t understand the concept of loyalty. 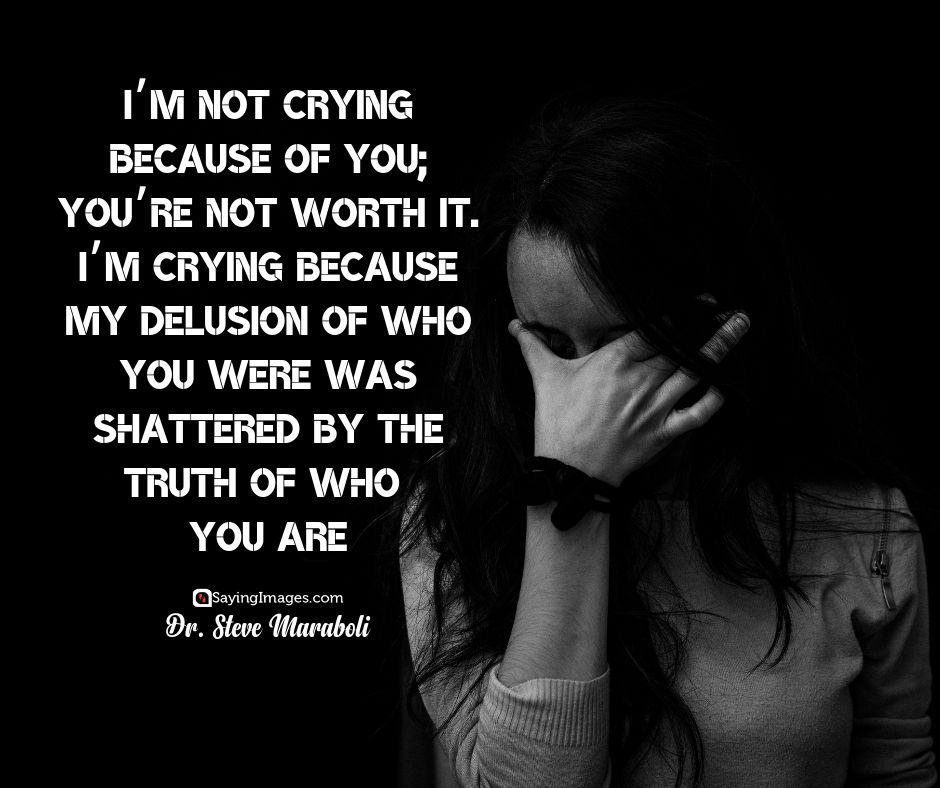 When you betray somebody else, you also betray yourself. – Isaac Bashevis Singer

All our experience with history should teach us, when we look back, how badly human wisdom is betrayed when it relies on itself. – Martin Luther

The only people I owe my loyalty to are those who never made me question theirs.

Stab the body and it heals, but injure the heart and the wound lasts a lifetime. – Mineko Iwasaki 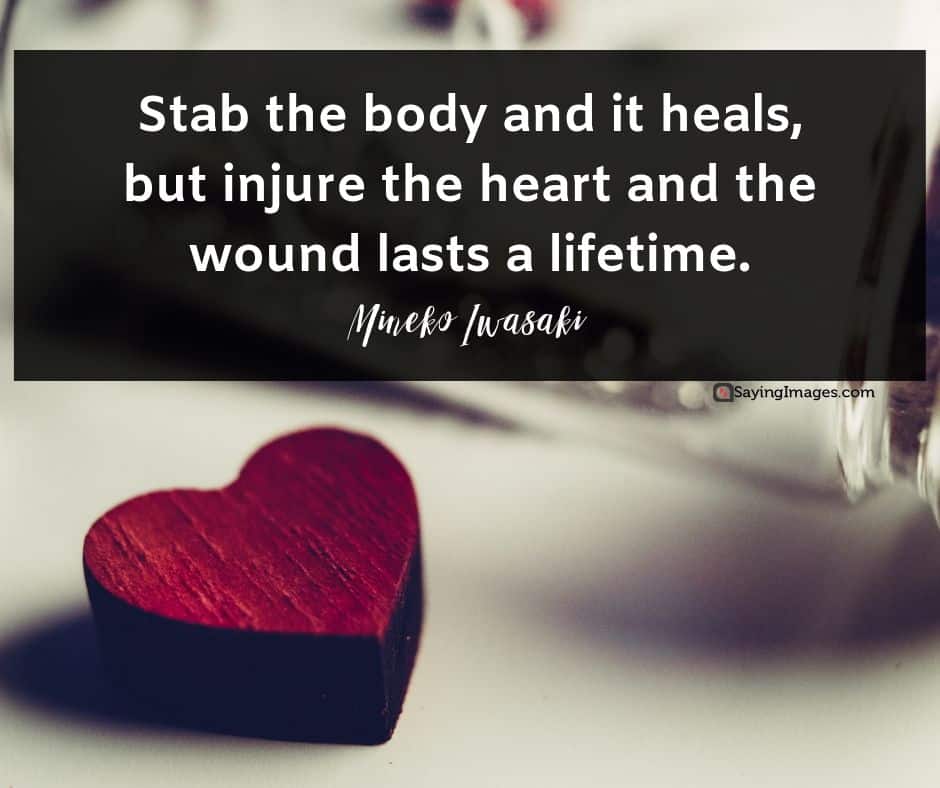 The ones you thought would fight for you and love you more than you’ll ever know, is the one you never thought will hurt you the most.

Tragedy in life normally comes with betrayal and compromise, and trading on your integrity and not having dignity in life. That’s really where failure comes. – Tom Cochrane 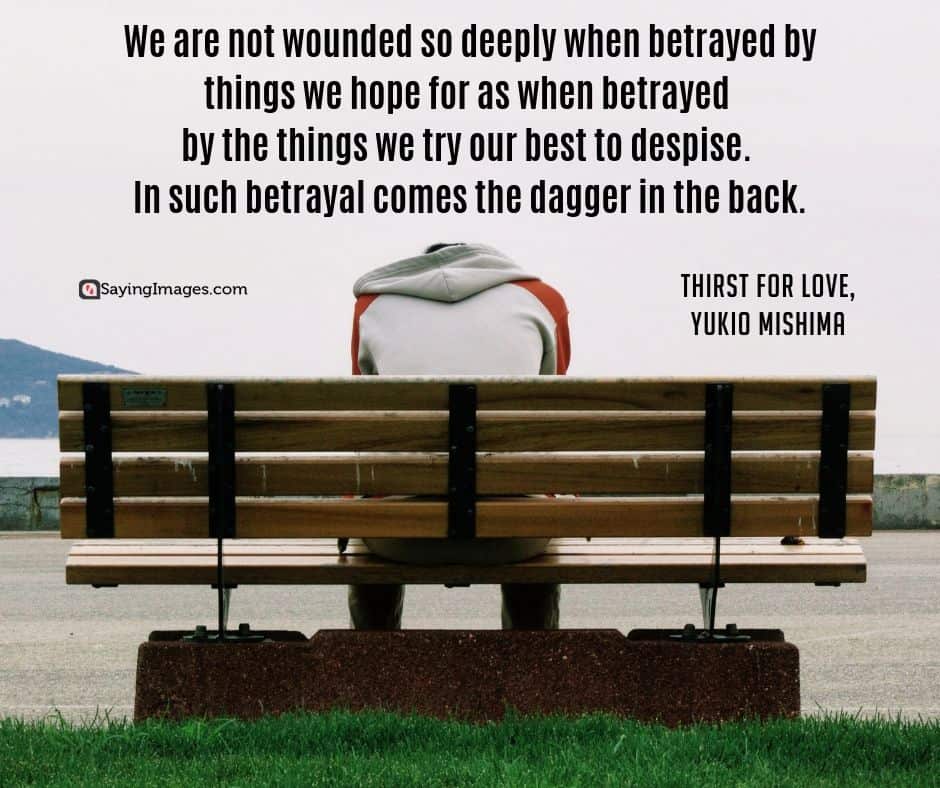 If you spend your time hoping someone will suffer the consequences for what they did to your heart, then you’re allowing them to hurt you a second time in your mind. – Shannon L. Alder

To me, the thing that is worse than death is betrayal. You see, I could conceive death, but I could not conceive betrayal. – Malcolm X

Betrayal is the only truth that sticks. – Arthur Miller

Be careful who you tell your feelings too cause some people are waiting for the opportunity to use them against you. 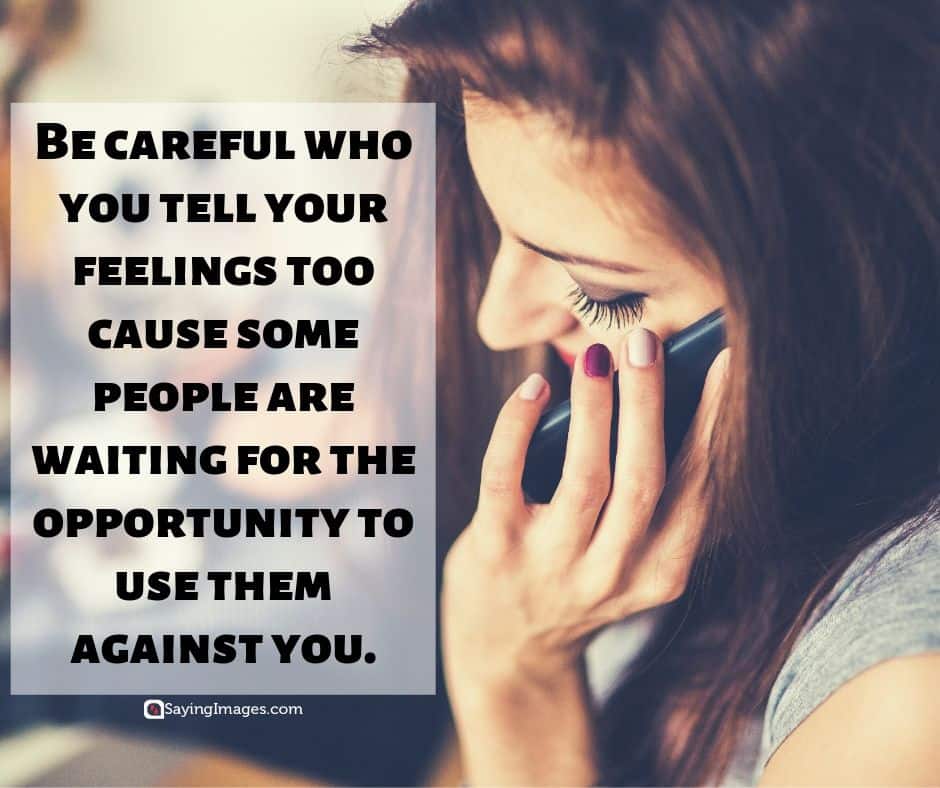 Forgive those who lie or betray you, don’t keep a heart full of anger, and allow your heart to heal for life holds so much more meaning.

For there to be betrayal, there would have to have been trust first. – Suzanne Collins, The Hunger Games

It’s hard to tell who has your back, from who has it long enough just to stab you in it…. – Nicole Richie 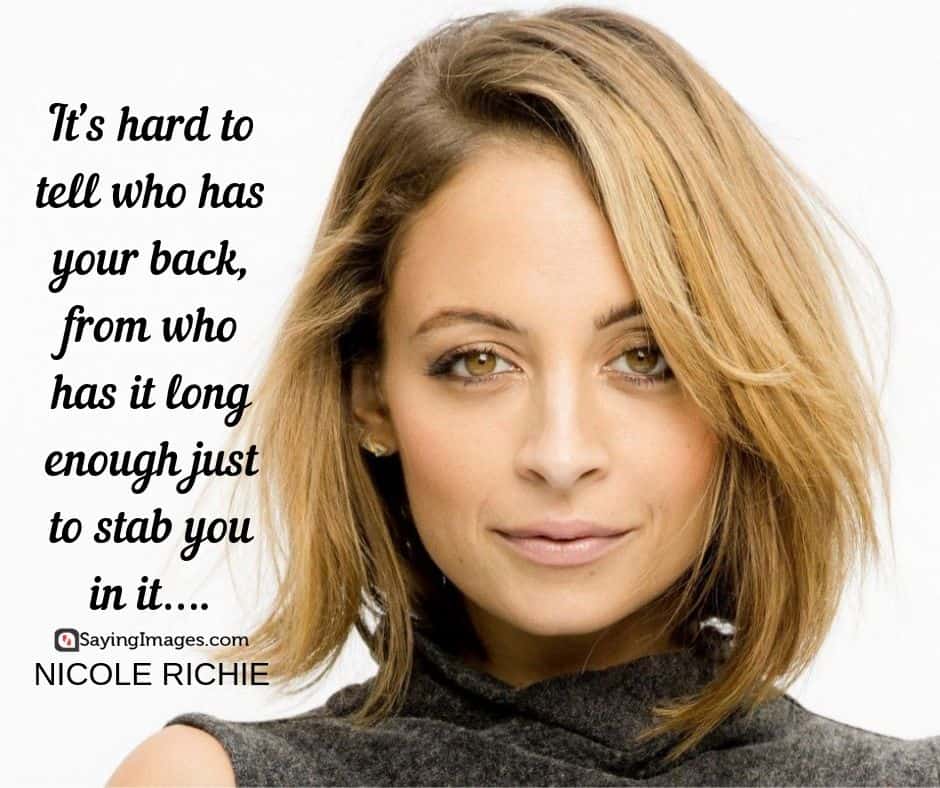 Stay real, stay loyal or stay away from me.

Betrayal can only happen if you love. – John Le Carre

“It was a mistake,” you said. But the cruel thing was, it felt like the mistake was mine, for trusting you. – David Levithan

Everyone suffers at least one bad betrayal in their lifetime. It’s what unites us. The trick is not to let it destroy your trust in others when that happens. Don’t let them take that from you. – Sherrilyn Kenyon 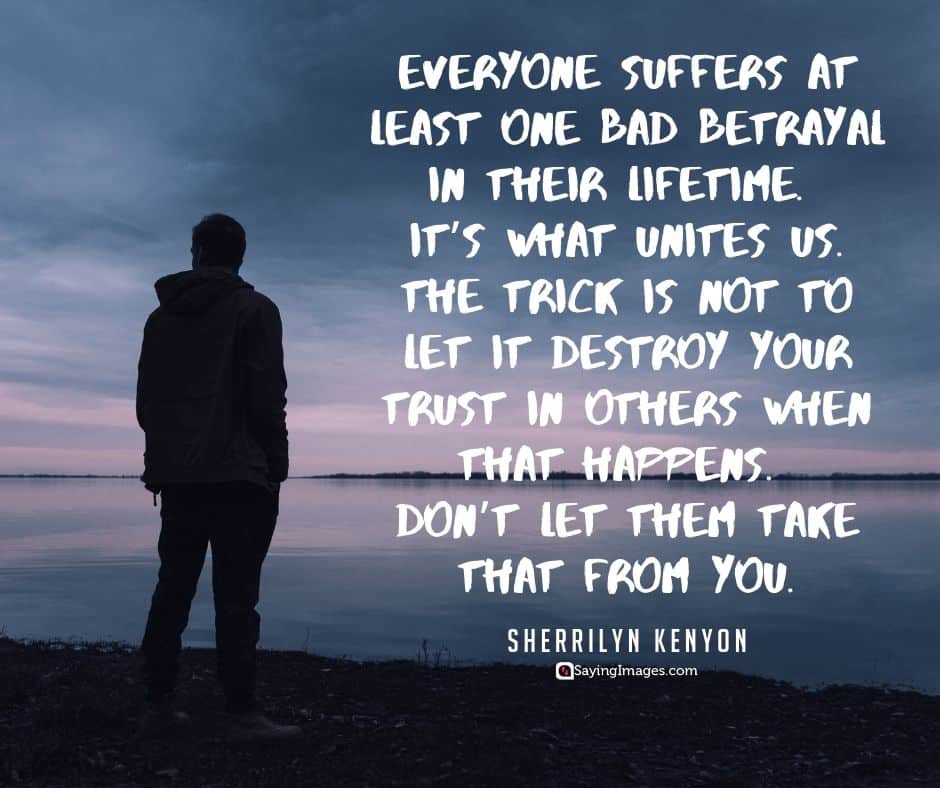 Backstabbers specialize in saying the wrong thing at the wrong time to the wrong person. – Les Parrott

False friends are like our shadow, keeping close to us while we walk in the sunshine, but leaving us when we cross into the shade. – Christian Nevell Bovee

Dealing with backstabbers, there was one thing I learned. They’re only powerful when you got your back turned. – Eminem 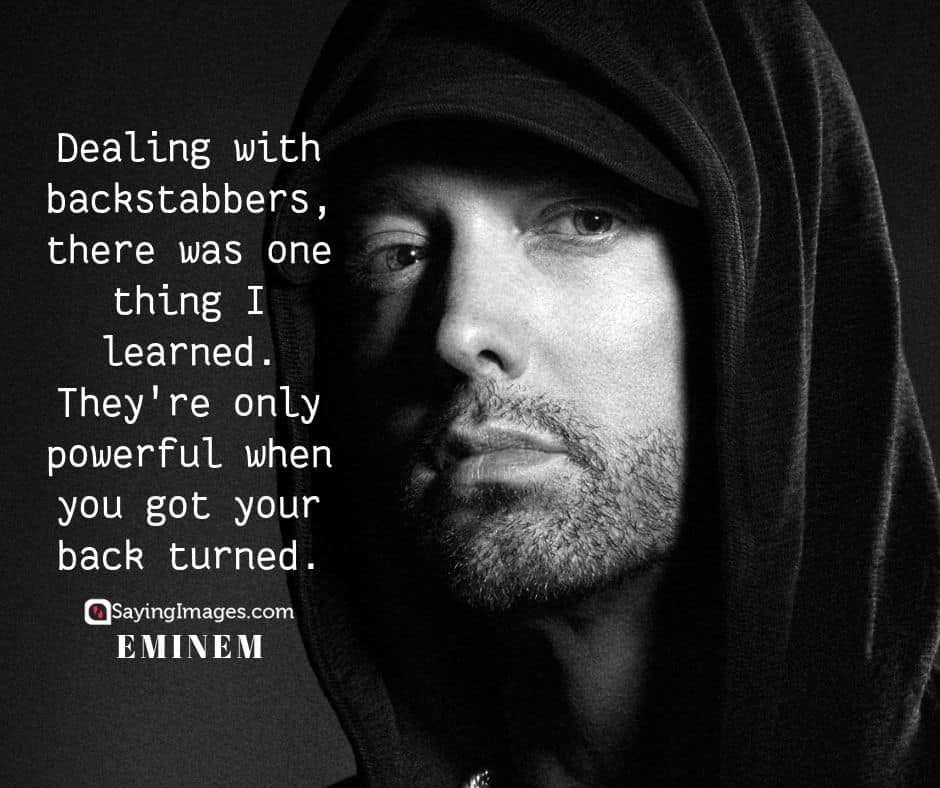 Don’t saw off the branch you’re sitting on. – Swedish Proverbs

See Also: 30 Inspirational and Enlightening Proverbs to Reflect On

There is nothing in which people more betray their character than in what they laugh at. – Johann Wolfgang von Goethe

The thorn from the bush one has planted, nourished and pruned pricks more deeply and draws more blood. – Maya Angelou 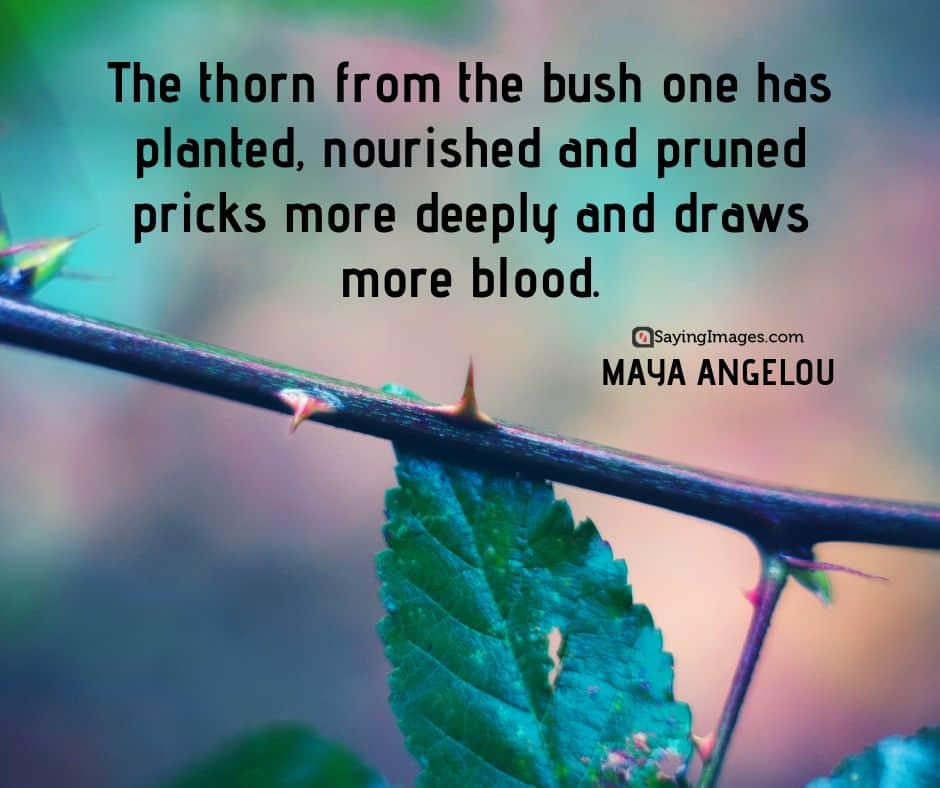 It hard to forgive when someone you trust betray you, however, let’s forget that sad thing, let it go and focus on the positive thing in life.

Share these 38 betrayal quotes to encourage your loved ones to work through it.

See Also: Forgiveness Quotes: To Forgive Is The True Measure of Strength