Batman is one of DC Comics’s most prominent superheroes. Created by artist Bob Kane and writer Bill Finger, the character was first introduced back in 1939. As we all know, Batman is Bruce Wayne by day and the defender of Gotham City by night. His childhood ordeal of seeing both his parents killed fueled a deep-seated desire to defend those who couldn’t defend themselves, to seek justice through him. For this, he trained physically and mentally and ultimately created a persona inspired by bats to fight crime.

Throughout the years, the character has had different interpretations. Warner Bros. studio’s Batman films, which began in 1989, popularized the character even more and beyond his comic book origins. Now Batman is a superhero figure that’s recognized around the world. Audiences easily identify with him because of his plight, his inner struggles, and ultimately, his resolve to prevail. Justice is a rare thing in the real world, especially for the powerless, and seeing Batman defy all odds just to serve it inspires us to be bolder and braver.

Here are 20 Batman quotes you can ponder on because fighting evil means picking up a good deal of wisdom along the way.

I am vengeance, I am the night, I am Batman. – Batman

The first truth of Batman… It had to be one I didn’t like to admit.The gunshots left me alone. For years I was alone in the echoing dark of that well. But something else defined the exact moment Batman was born. The First Truth of Batman… The saving grace. I was never alone. I had help. – Batman

All men have limits. They learn what they are and learn not to exceed them. I ignore mine. – Batman 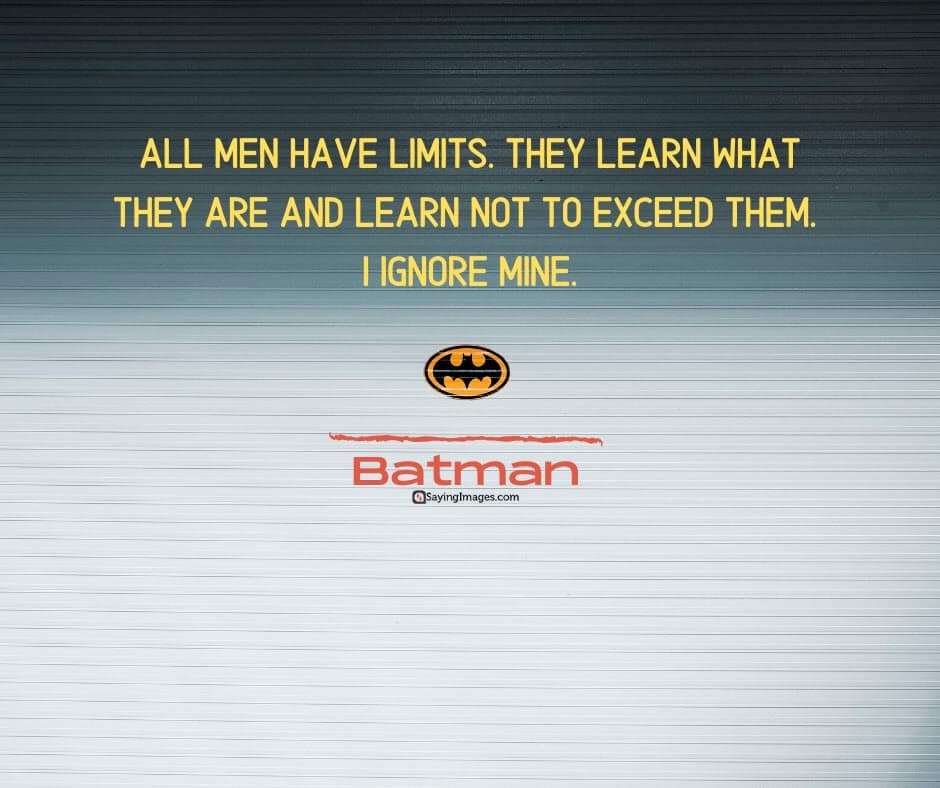 There is a difference between you and me. We both looked into the abyss, but when it looked back at us… you blinked. – Batman

You either die a hero, or you live long enough to see yourself become the villain. – Batman 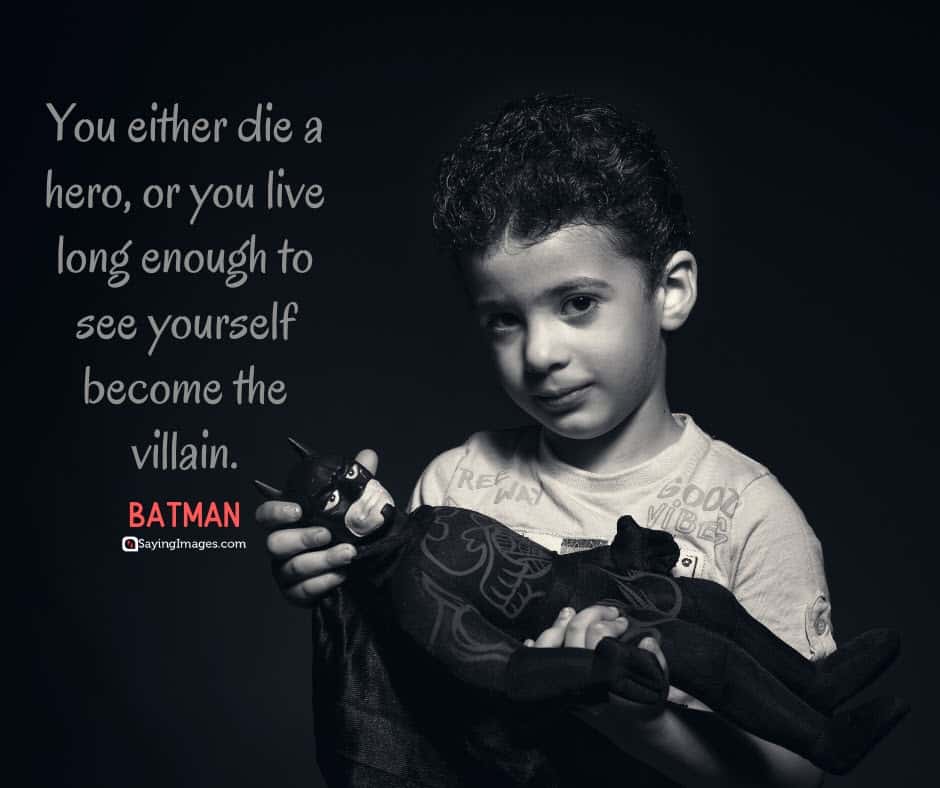 I am not Bruce Wayne. But when lives were lost … and the entire city was at stake … I did what Batman had to do. I acted as the Dark Knight. To the best of my abilities – I became him. And I succeeded. Not at Dick Grayson. And not as Bruce Wayne. But as Batman. – Batman

I’ve worked so hard to gain their respect, they sometimes forget I’m flesh and blood. – Batman 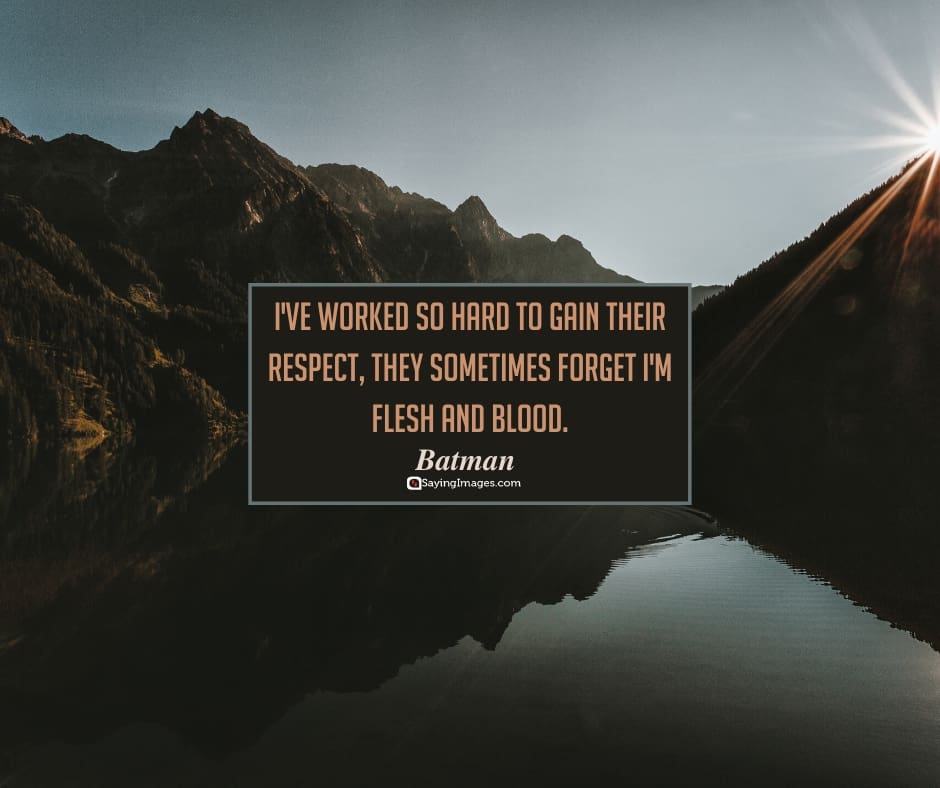 I wear a mask. And that mask, it’s not to hide who I am, but to create what I am. – Batman

In my attempts to see clearly in the deepest dark, in my efforts to go to the still eye in the storm of madness, did I open myself to some pure source of evil? Did I finally reach the limits of reason? And find the Devil waiting? And was that fear in his eyes? – Batman

Everything’s impossible until somebody does it. – Batman 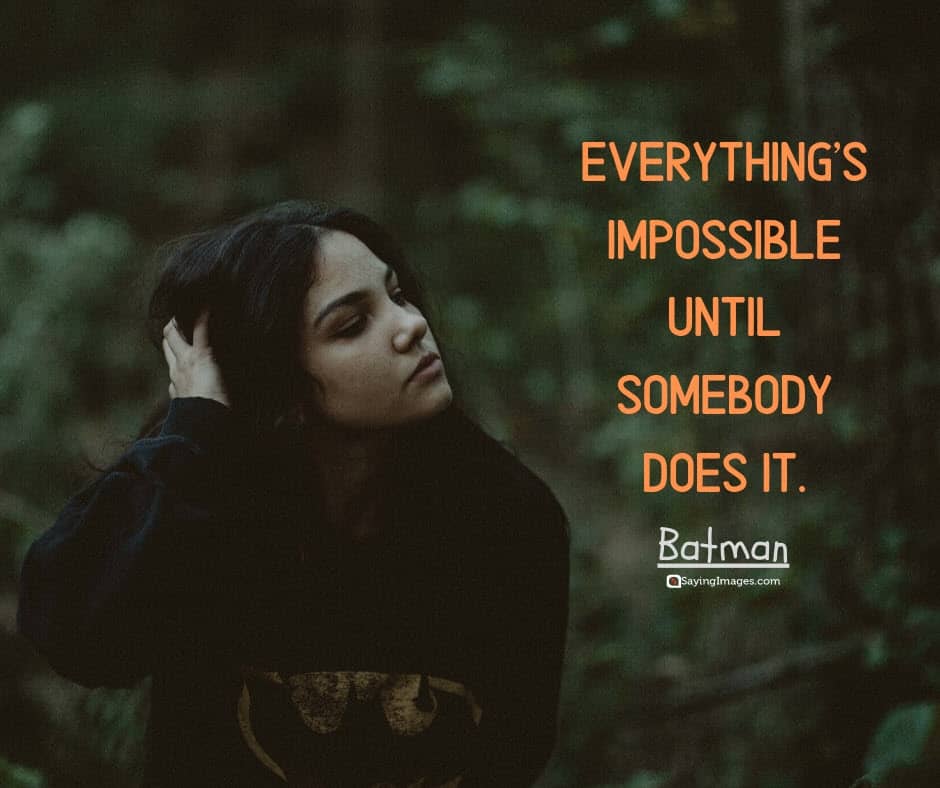 Without warning, it comes…crashing through the window of your study, and mine…I have seen it before…somewhere. It frightened me as a boy… frightened me. Yes, father. I shall become a bat. – Batman

It’s not who I am underneath, but what I do that defines me. – Batman 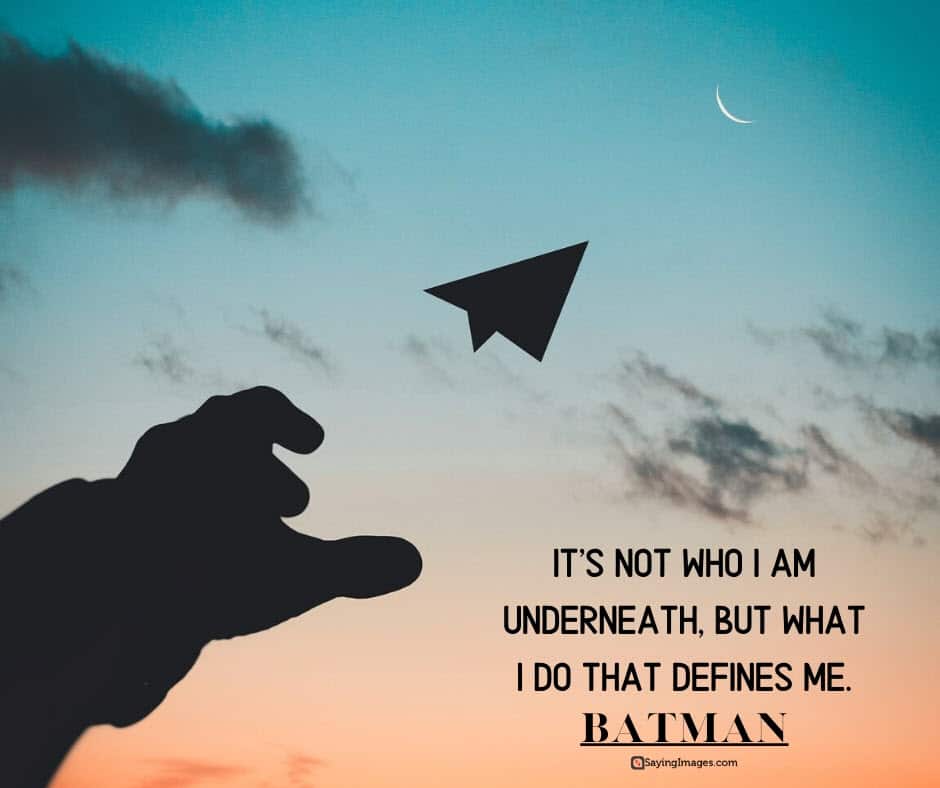 Well, today I found out what Batman can’t do. He can’t endure this. Today, you get to say “I told you so.” – Batman 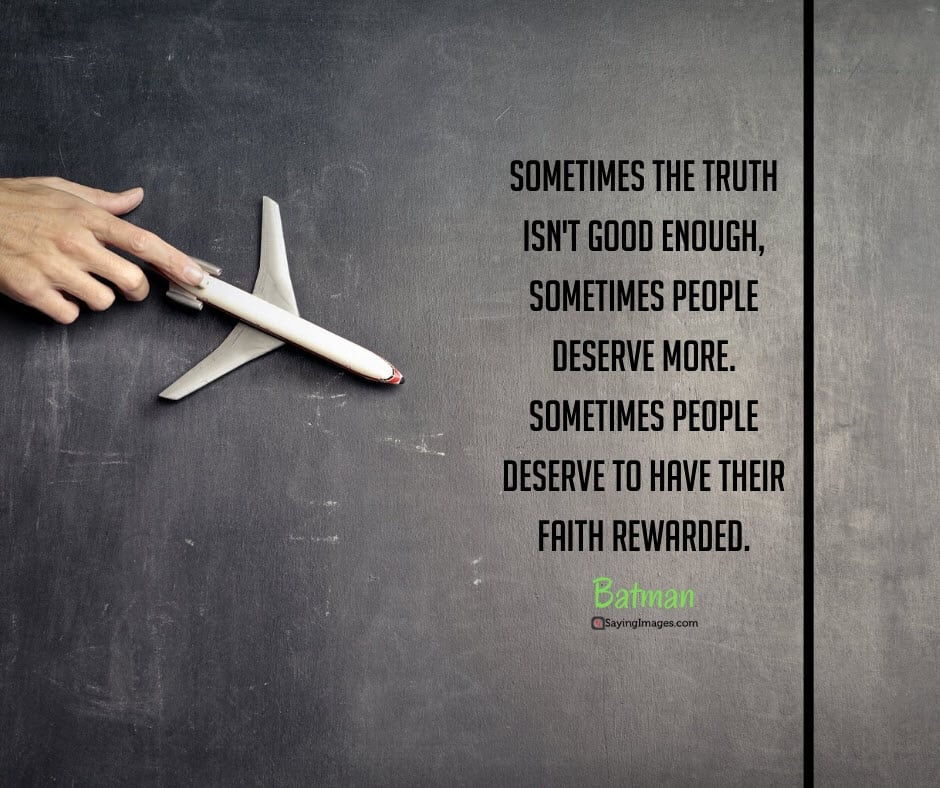 What do you see when you look at me, the child whose shoes you used to tie every morning, the teenager you drove to his first date? I am the reason the criminals breathe easier when the sun rises. Tonight will not be my end, but it will be theirs! – Batman

Because he’s the hero Gotham deserves, but not the one it needs right now. So we’ll hunt him. Because he can take it. Because he’s not our hero. He’s a silent guardian. A watchful protector. A Dark Knight. – Batman 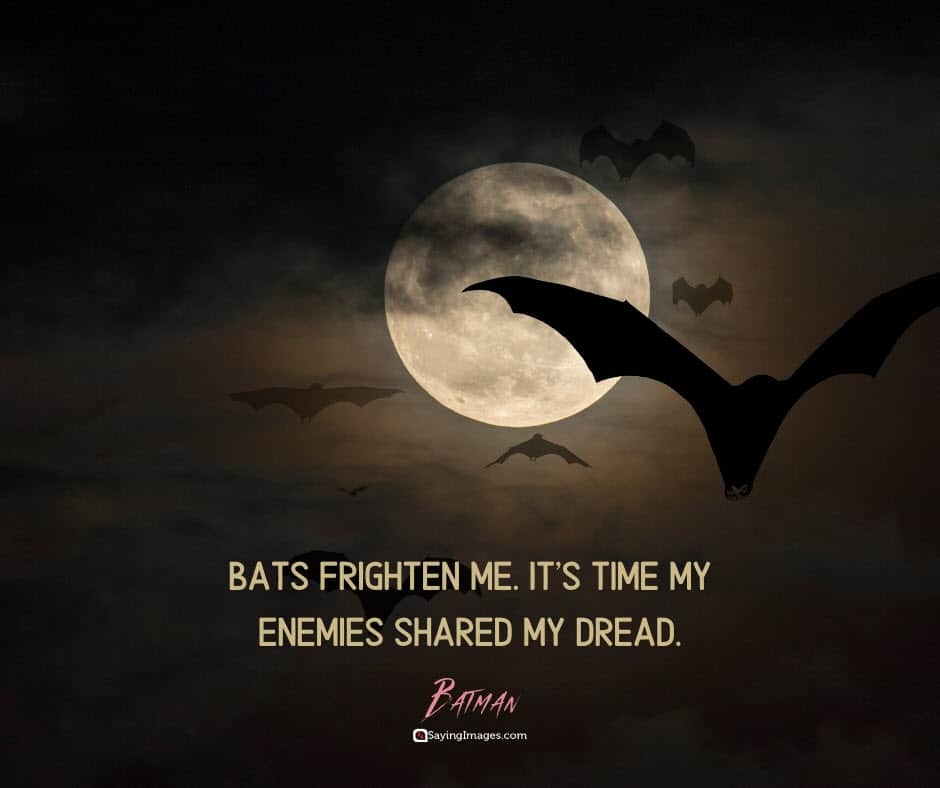 Why do we fall? So that we can learn to pick ourselves back up. – Batman

They told me there was nothing out there, nothing to fear. But the night my parents were murdered I caught a glimpse of something. I’ve looked for it ever since. I went around the world, searched in all the shadows. And there is something out there in the darkness, something terrifying, something that will not stop until it gets revenge… Me. – Batman

Share these 20 Batman quotes for all the Batman fans out there.