Celebrate athletes from all around with these inspirational sports quotes. We may not compete in the Olympics like a lot of our sports idols but we practice, work hard, and do our best nevertheless. 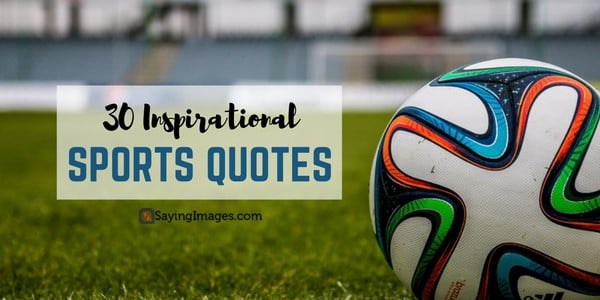 Some people dream of success…others stay awake to achieve it. – Unknown

Winning means you’re willing to go longer, work harder, and give more than anyone else. – Vince Lombardior 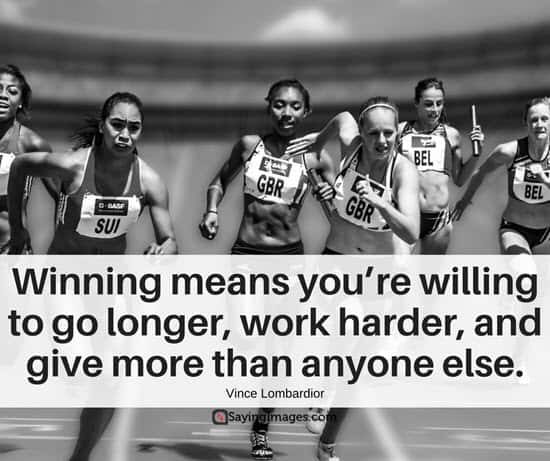 I’ve missed more than 9000 shots in my career. I’ve lost almost 300 games. 26 times, I’ve been trusted to take the game winning shot and missed. I’ve failed over and over and over again in my life. And that is why I succeed. – Michael Jordan 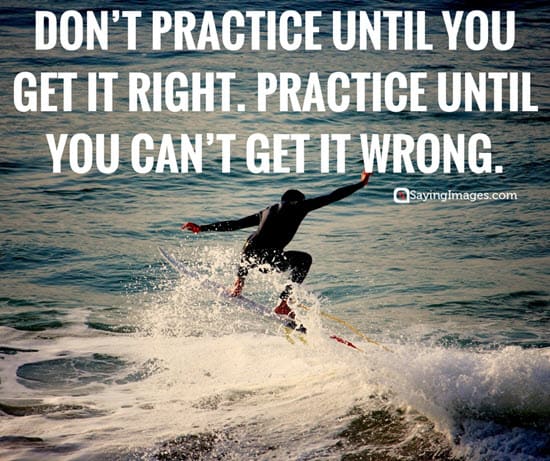 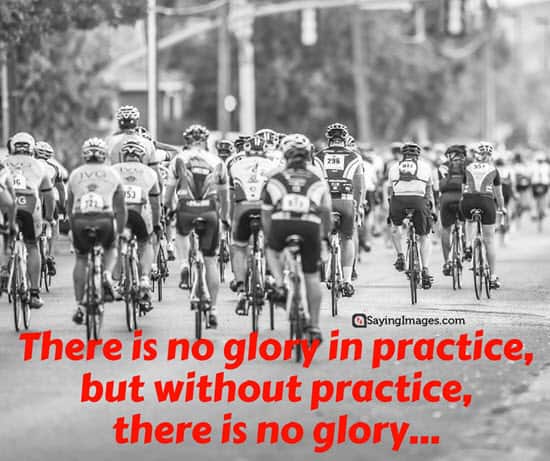 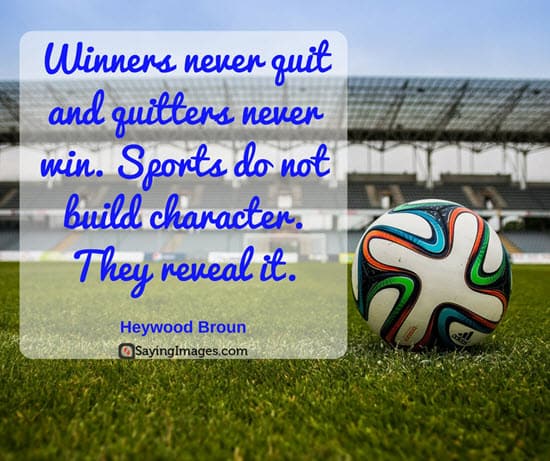 Champions aren’t made in the gyms. Champions are made from something they have deep inside them – a desire, a dream, a vision. – Muhammad Ali 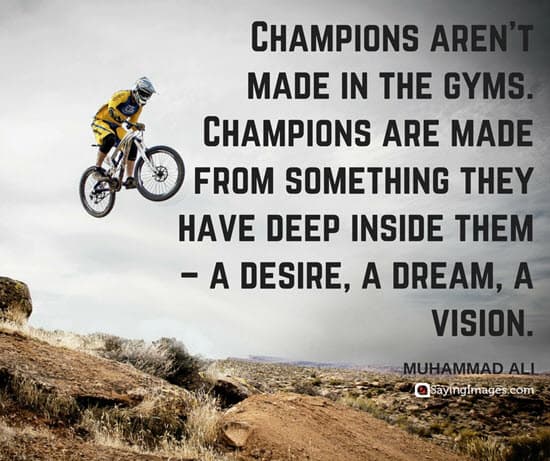 Obstacles don’t have to stop you. If you run into a wall, don’t turn around and give up. Figure out how to climb it, go through it, or work around it. – Michael Jordan

I hated every minute of training, but I said, ‘Don’t quit. Suffer now and live the rest of your life as a champion’. – Muhammed Ali 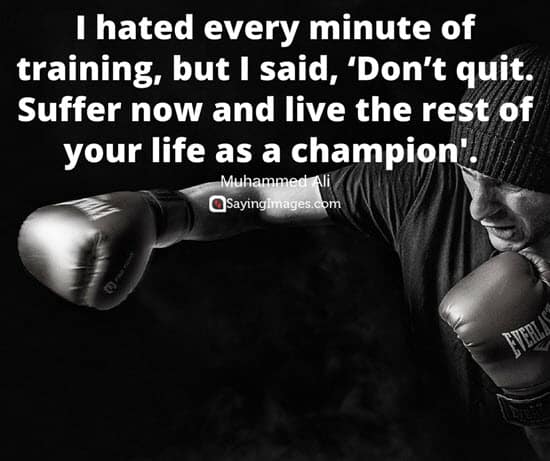 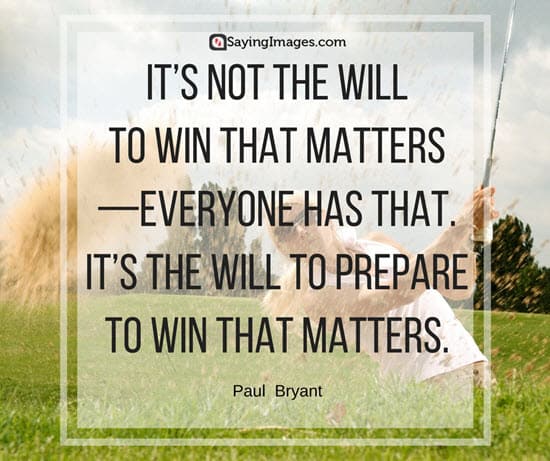 Always make a total effort, even when the odds are against you. – Arnold Palmer

Even when you’ve played the game of your life, it’s the feeling of teamwork that you’ll remember. You’ll forget the plays, the shots, and the scores, but you’ll never forget your teammates. – Deborah Miller Palmore 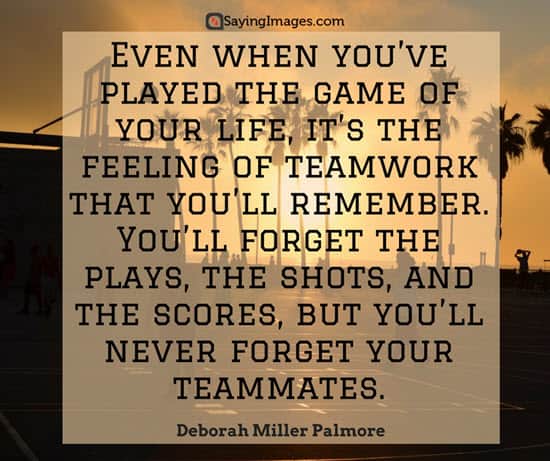 The difference between the impossible and the possible lies in a person’s determination. – Tommy Lasorda 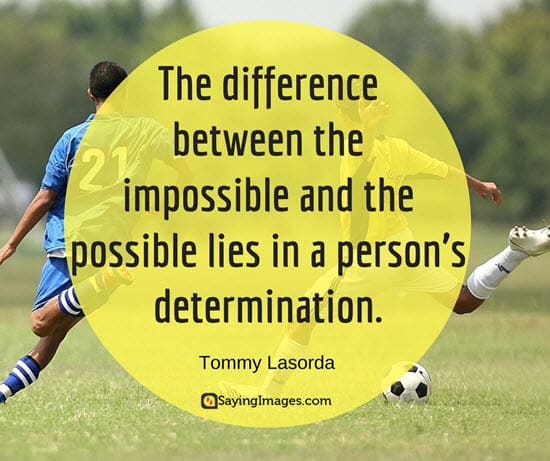 Most people give up just when they’re about to achieve success. They quit on the one yard line. They give up at the last minute of the game one foot from a winning touchdown – Ross Perot 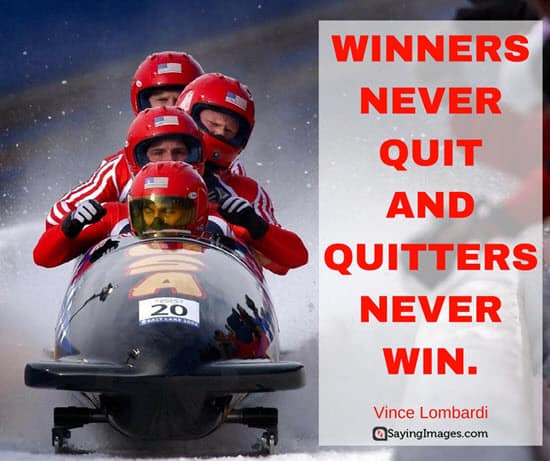 Ability may get you to the top, but it takes character to keep you there. – John Wooden 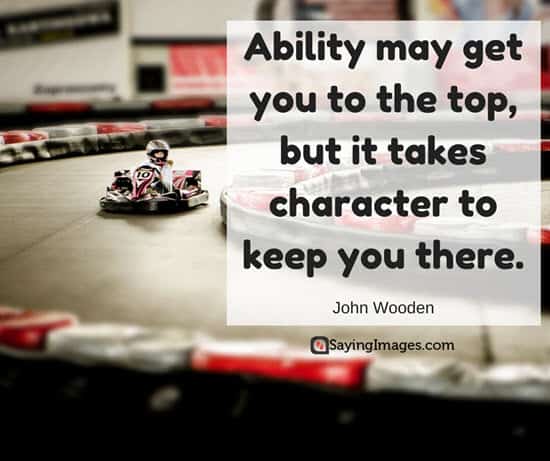 The difference between the impossible and the possible lies in a man’s determination.

Pain is only temporary but victory is forever. – Jeremy H 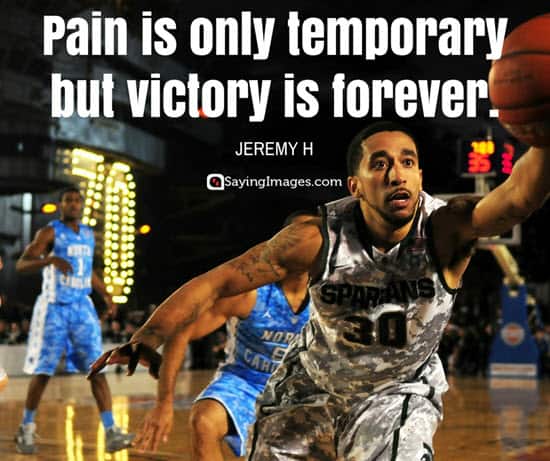 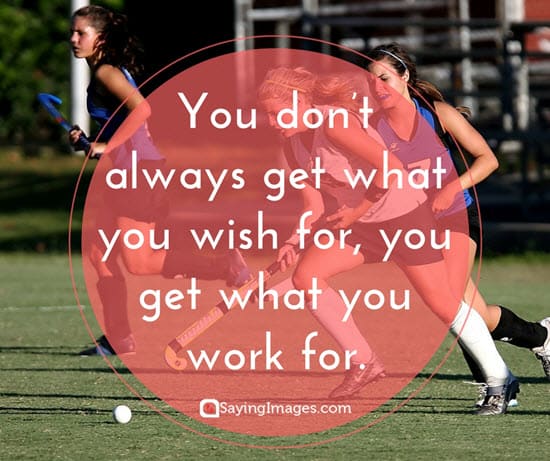 The principle is competing against yourself. It’s about self-improvement, about being better than you were the day before. – Steve Young 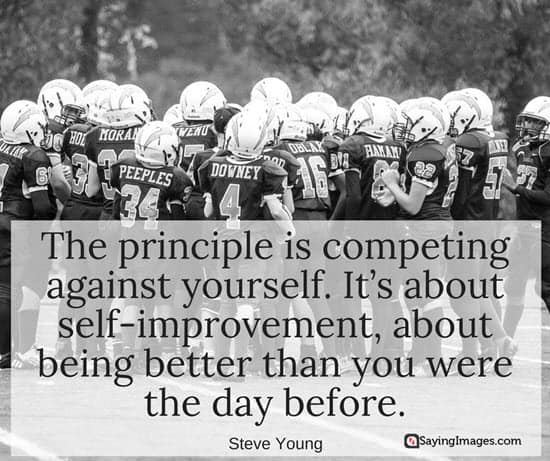 See Also: Motivational Fitness Quotes that Will Inspire You

What you lack in talent can be made up with desire, hustle, and giving 110 percent all the time. – Don Zimmer 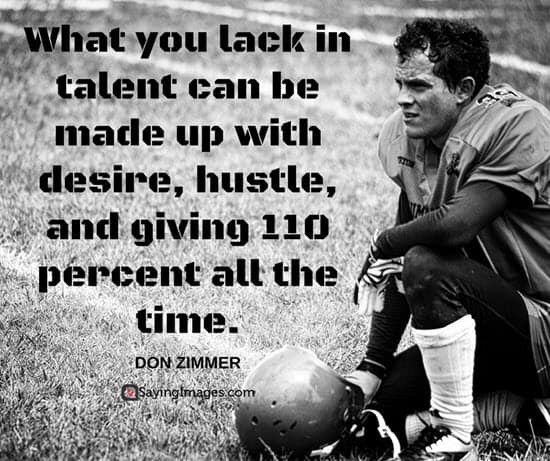 To uncover your true potential you must first find your own limits and then you have to have the courage to blow past them. – Picabo Street 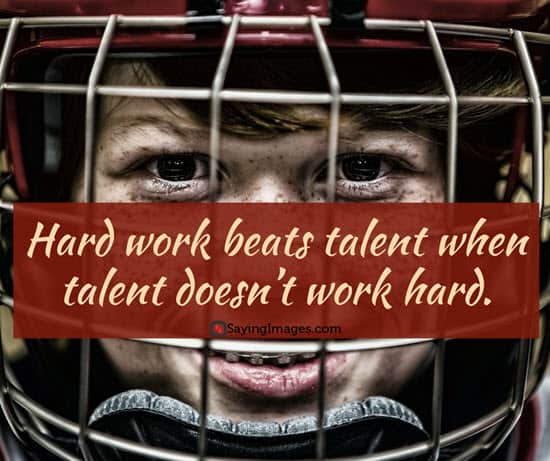 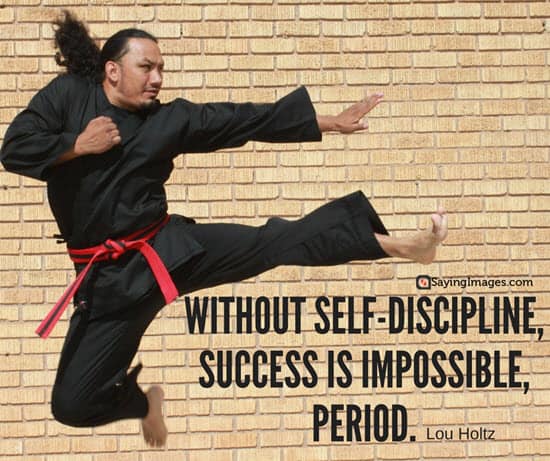 If you have everything under control, you’re not moving fast enough. – Mario Andretti 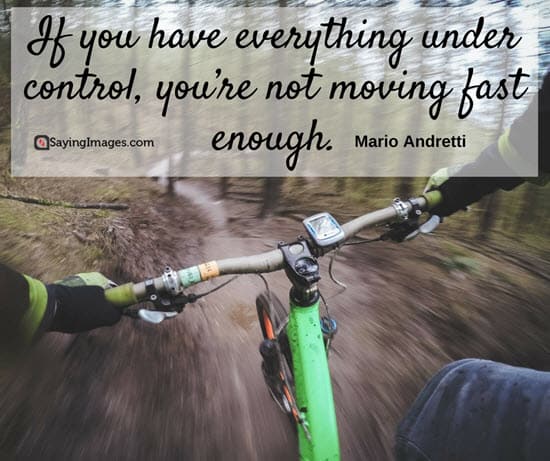 You can’t put a limit on anything. The more you dream, the farther you get. – Michael Phelps 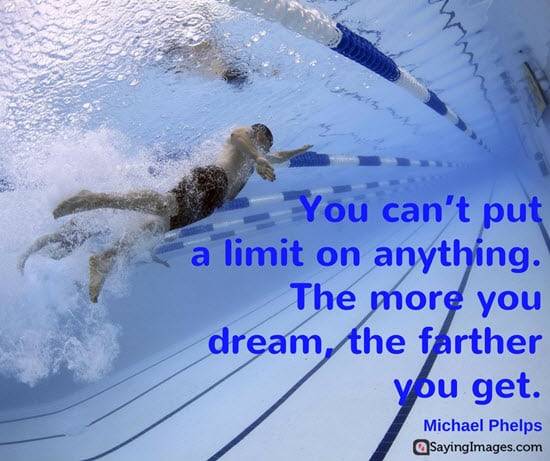 What was your favorite inspirational sports quote? Share it with your friends and family on your social media.